From Entebbe’s aero beach, it took us approximately 25 minutes to get to Lake Victoria’s Equator Island.
The winds were blowing mildly and the lake’s blue waters were tranquil. Our destination was an Island on the lake where the lake’s waters straddle the equator.
It is said the Equator line runs through two of the lake’s Islands, principally Damba and Lwaji.
Before we embarked on our voyage however, we had to bid some time, spending close to half an hour, waiting for the mechanics to prepare the ferry’s decks for the ride on Africa’s largest lake.
Excitedly waiting with me, were the East African Mariners, most of whom seemed very eager to stand a treat of their maiden voyage on the famed lake. 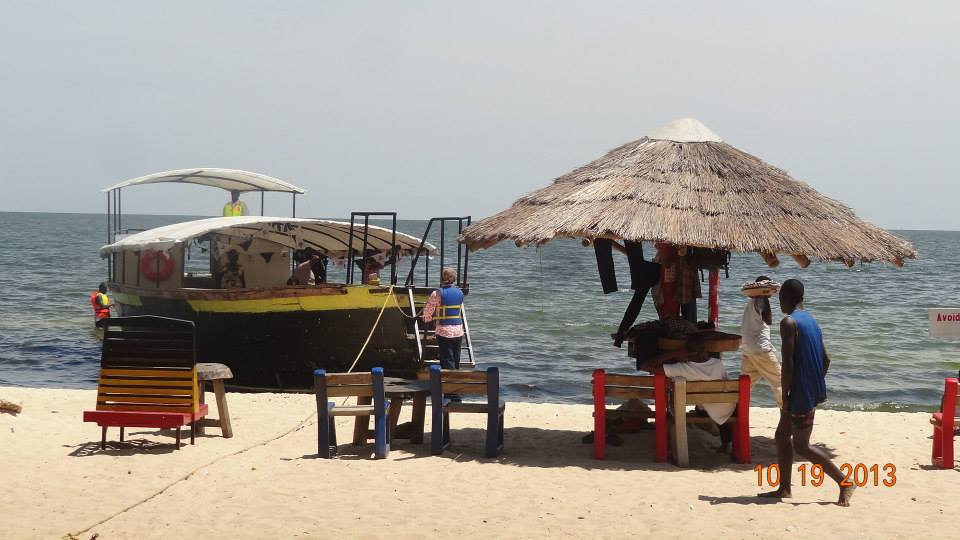 The excitement was written on almost everybody’s face. Aside of the adventure, the mariners also had a worthwhile cause to accomplish that day. They were on a mission to donate life saving jackets to the Islander’s fishing communities.
Going by the accounts I heard before we set forth, majority of the lake’s fishermen go on ill-advised fishing expeditions without life saving jackets, even deep in the night when even people without aqua phobia would be dead frightened to ride on the ominous looking waters.
When we finally departed, it was an exhilarating experience. It was a joy ride devoid of bumps and grinds, due to the fact that the lake’s waters are free of reefs and there was not a single trace of a tidal wave. Those sitting down as we rode were heard saying, the ferry was going perpendicular, straight like the way the crow bird fly’s. From the vantage point of the deck however, one could see that the ferry was making turns. 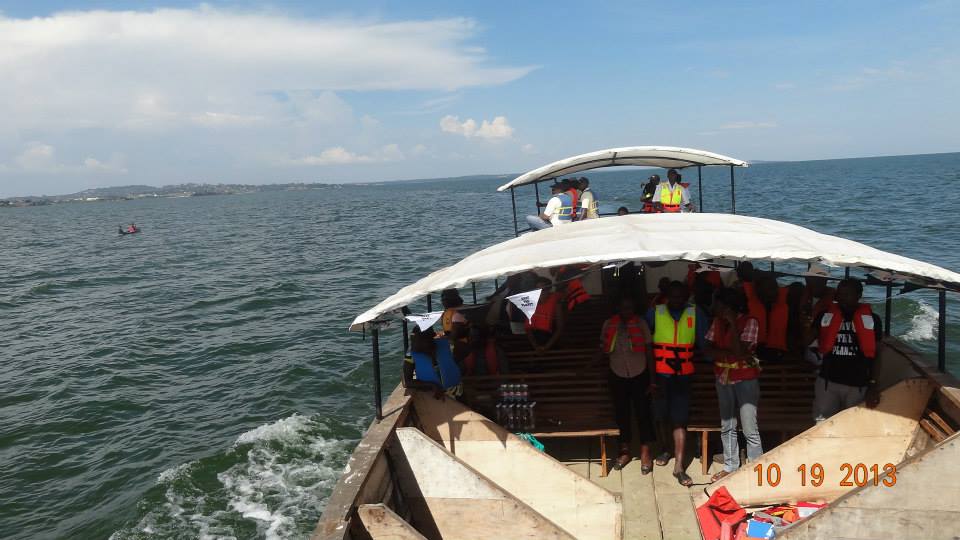 Everyone seemed buoyant when we caught sight of the first Island. There was lots of hoopla all around us. Smiles seemed not locked away. Face’s lit up, by the endless repertoire of jokes, coming courtesy of the many happy go lucky emcees we had onboard. Amazing charms struck our eyes as we rode off on the rather placid waters that characterized the lake that day. It seemed only natural when an old gentleman seated at the back of the ferry exclaimed, God is great. It was spell binding watching the different varieties of birds chirping and flapping away. We caught glimpses of Kingfishers and the egrets flying low on the surface of the water, eager to catch some prey. It was fun too watching all the revelers on the sandy beaches we were leaving behind in our wake. 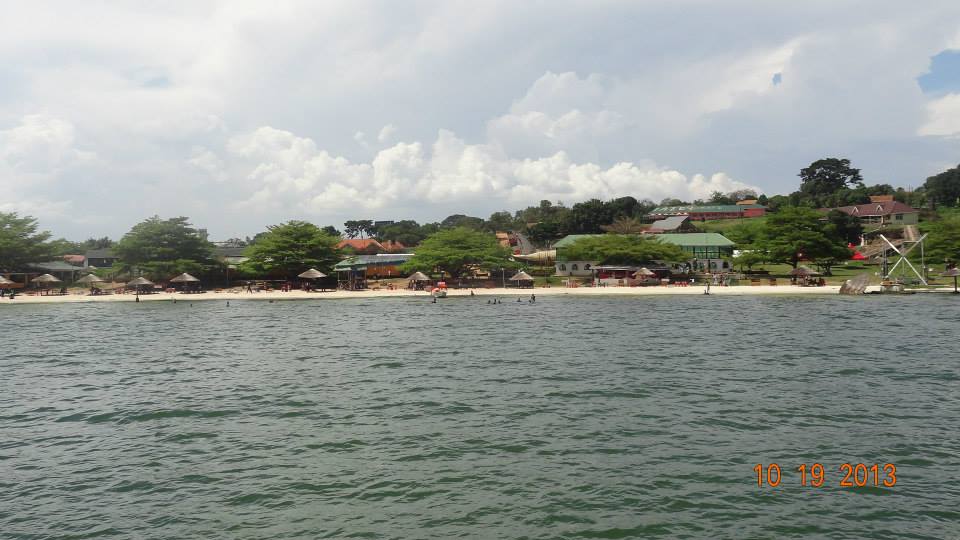 The Kamikaze fishermen paddling their canoes past us however seemed non chalant. Most looked all too consumed up in their trivial round. Regardless, the sight of them trying to catch fish with their baits ticked the fancies of many on the ferry.
Midway through our voyage, Uganda air force planes hovered over us. Luckily we had some UPDF marines on deck to charm everybody down.
Lake Victoria has many ring shaped archipelagos that many of the fishing communities’ inhabit. They are eye candy especially when you are riding on a ferry. 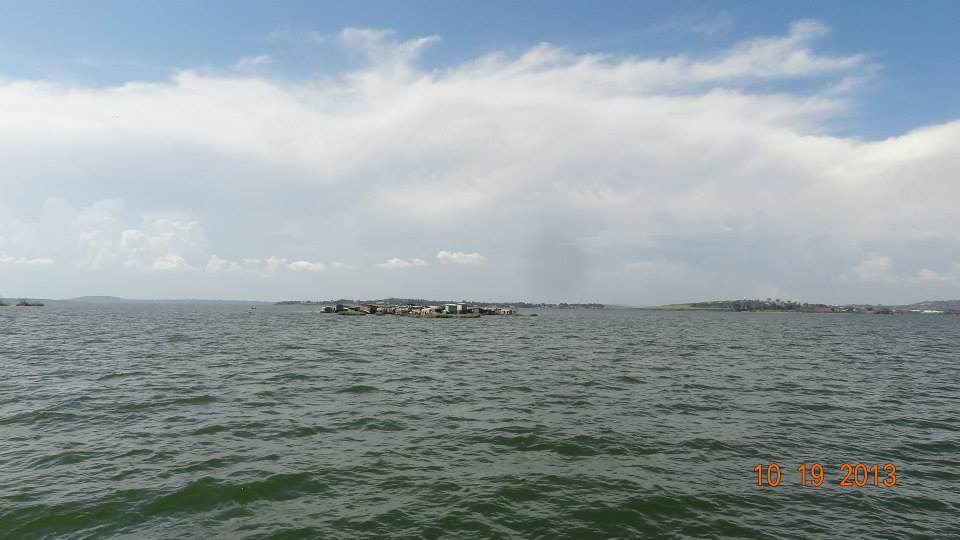 On the face of it, many of these communities abode in old corrugated iron sheet shelters. All the structures seem provisional. When we went past one of the inhabited Islands, a group of 6 bark naked men were taking a bath on the edges of the Island. Some even had the nerve to wave at us in their birthday suits. As our ferry cruised past the many archipelagos on our way to our destination, almost everybody wanted to catch a glance of these curiosities of nature. It is said Lake Victoria has 84 of them.

We finally reached our destination, Lwaji Island. Plenty of Bird life exists here, going by what we saw when we alighted the ferry. There were many birds flying in and out of their nestling grounds. What fascinated us most however, is the fact that this particular Island seems un-inhabited, save for the few UPDF marine soldiers we found there. Some bits of the Island are cleared of bushy vegetation whilst the rest seems more like bear garden. 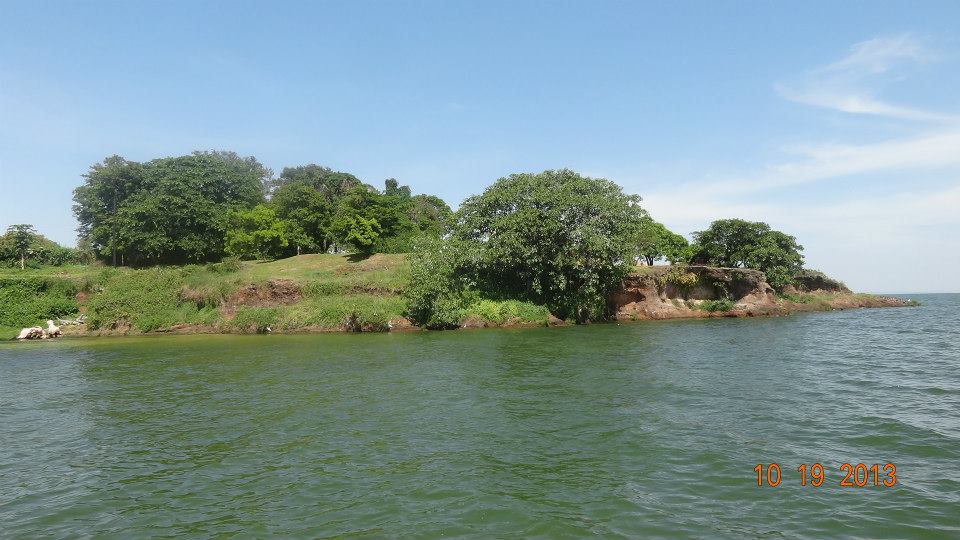 On this picturesque Island, one can enjoy a wide view of the lake, the Entebbe airport run way and the other surrounding Islands. The atmosphere and breeze all around us was pleasantly refreshing. On the Island too, you will be able to spot a tree that has incredibly grown on the Island’s rocky surface. The Island can be a good respite, place if you fancy a quiet place to lay your life issues to heart. If sightseeing is your cup of tea too, this island is the perfect get away The Island just like the rest on Lake Victoria are of considerable conservation value but nothing seems to show this particular one is or has been visited or revamped of recent. Before our tour ended, we lined up for photo opportunities at the Equator line. There is a signpost designating the spot where the equator line passes just like in Masaka. ACCESS To get to Lwaji Island, one will have to part with a small amount of money. There are ferry’s that take visitors there often. Ask when you reach Entebbe town or aero beach. 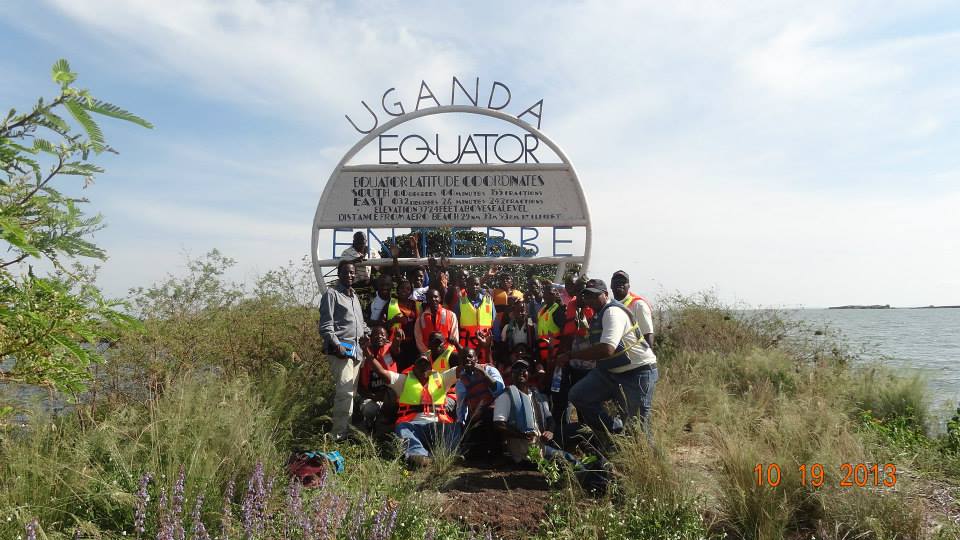