Butaleja, located in the East of Uganda, is one of the country’s foremost-rice producing districts.

Rice farmers in this waterlogged region, have through the years, made a killing, selling the grain, which is, by all accounts, a staple for many Ugandan families.

As any rice farmer in Butaleja will tell, however, growing, weeding, harvesting and producing rice does not come easy. It is a labour intensive undertaking, which calls for time, money and reliable labour.

To that end, most farmers go to extremes to produce the grain; including hiring child workers.

Whilst, many in the district, are quick to drop a veil over it, it is a glaring fact that, there are children in Butaleja, who are cajoled and on occasion, compelled to work in its rice fields; for long sustained hours.

It is a disturbing phenomenon, that 15 year old Latif Birya has bore witness to.
Looking disheveled, Birya says he works the rice fields, often, to get money to buy his scholastic materials. 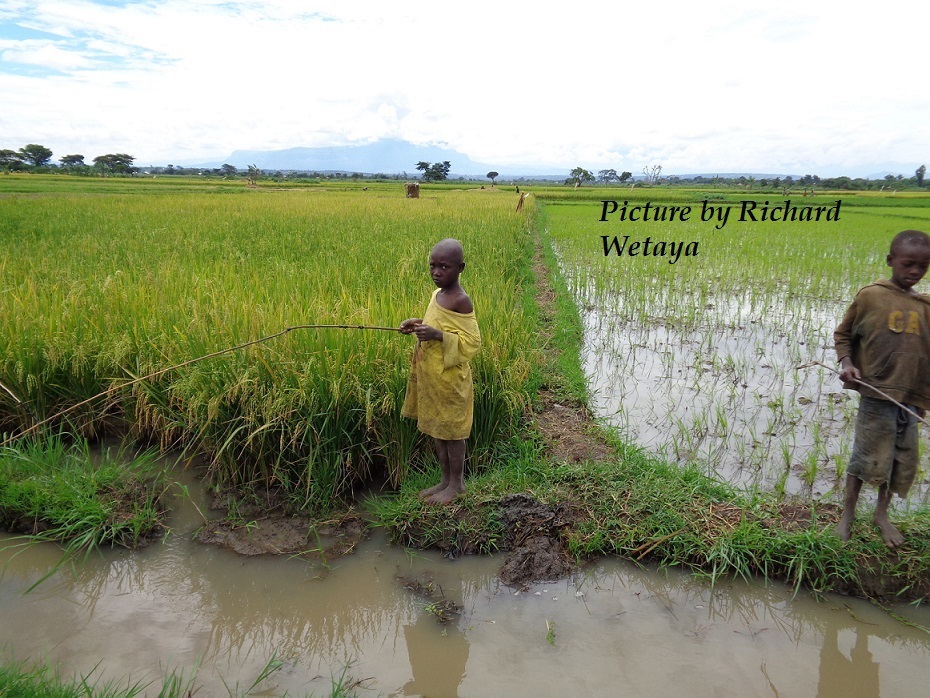 One wonders, however, when he gets time to go to school, when he, to all appearances, spends most of his time in the rice paddy.

“My work is to scare away birds. On occasion, I assist the owner of the garden, to harvest. I always find time for school, however” Birya says with a mortified gaze on his face.

While it is hard to quantify the magnitude of the problem, it is a harsh reality; that district officials are aware of but have struggled to eliminate. 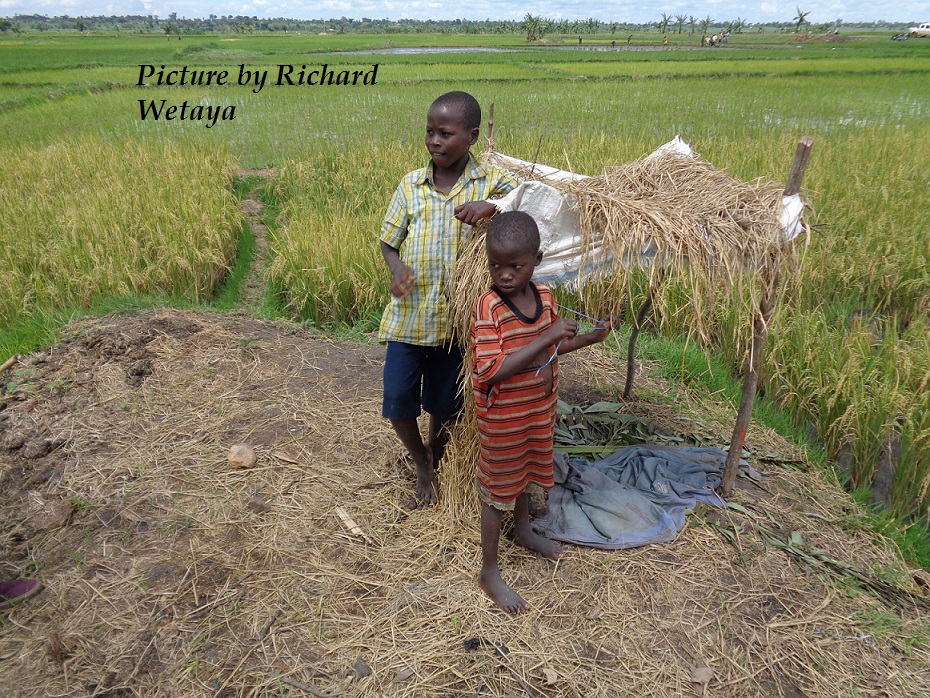 In some select rice fields in Namaganda, Muyago and Wega, the practice of using children is rife, though one will hard pressed to make contact, or to speak to the children, working the fields, as they either hide or walk away.

“Child labour is indeed a problem in some areas of the district. The practice of employing children to dig, plant and scare away birds from the rice gardens is not cordoned but it has been happening. The children are paid money for their work but that should not be encouraged especially during times of school. The problem has been exacerbated by the eschewing of responsibility by some parents. Not sending a child to school means he or she is vulnerable to exploitation,” Hamile Koire, a rice farmer in Butaleja says. 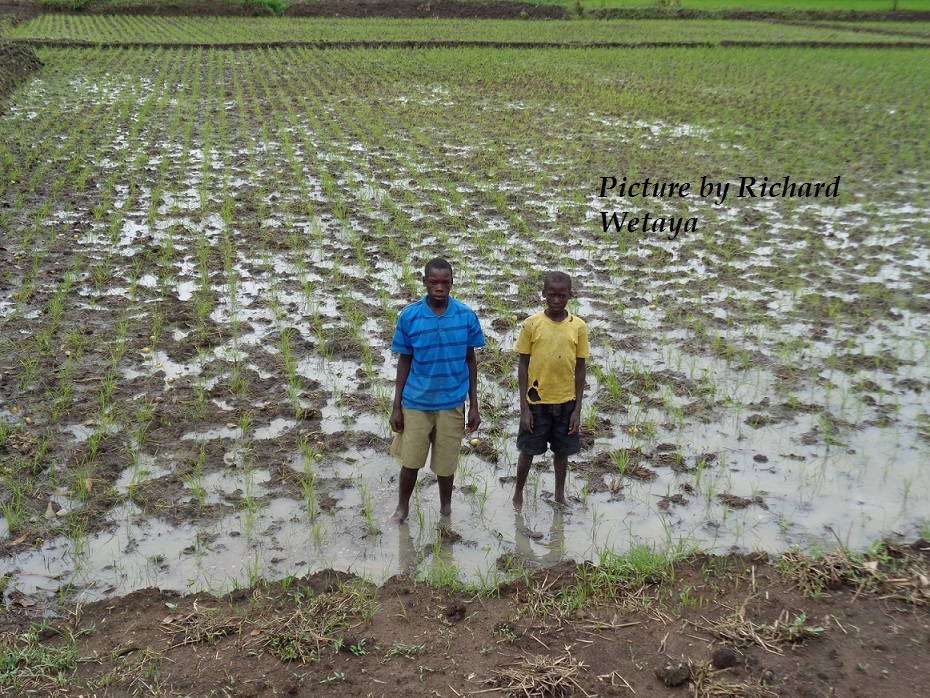 Patrick Mudida, a rice farmer in Busibira subcounty is however quick to dismiss the notion that the practice is widespread.

“The usuage of child labour on rice farms is something I do not cordon, but I also know that it is not, in every part of Butaleja. Finding children running around the rice farms does not mean that they are compelled to work on them and it does not also mean that their parents are not responsible enough to pay for their education,” Mudida says. 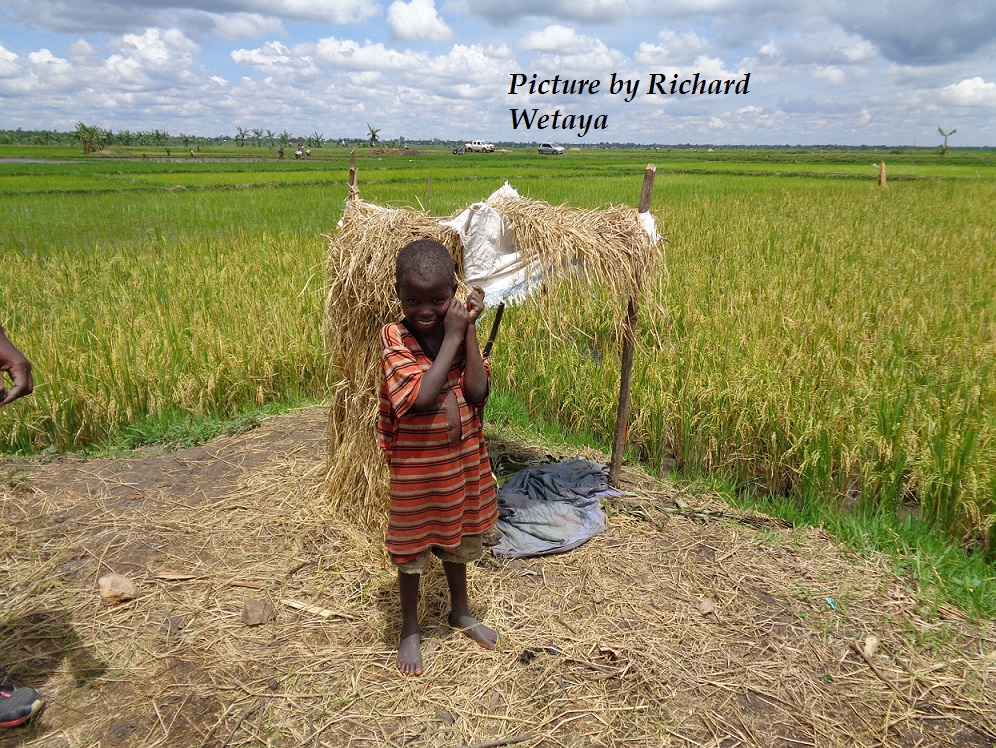 Alex Kambo, a rice farmer and teacher says child labour on Butaleja’s rice farms has been happening and has to be outlawed.

“In the areas, where it is happening, it has to be stopped. Our children ought to be in school, not on rice farms. Butaleja’s children should not be lured or coerced to work in the gardens for money. They should instead be encouraged to embrace school.” 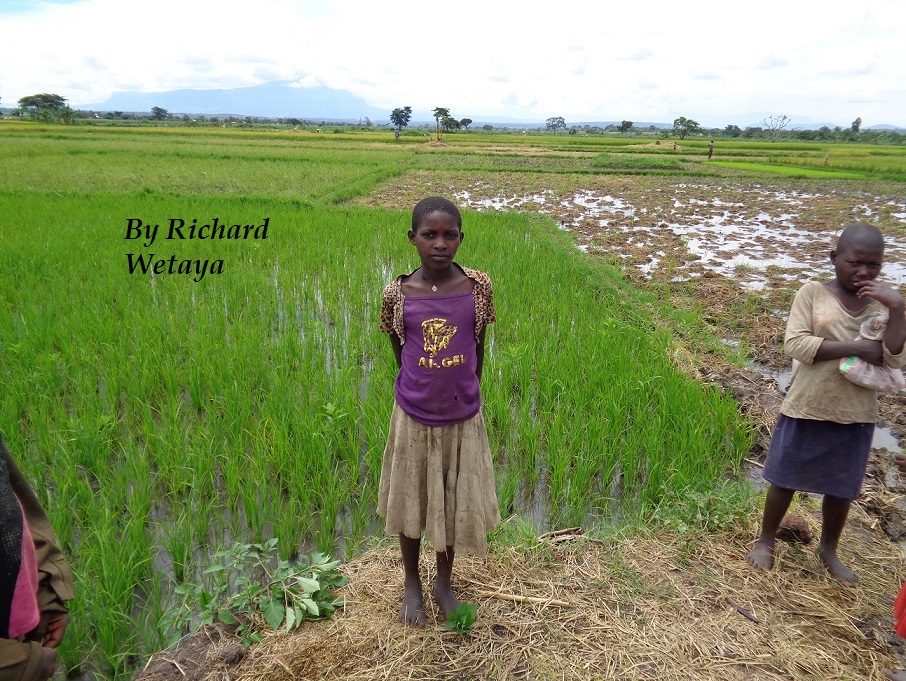 Ritah Wapela, a rice Farmer in Namaganda, says she has not seen firsthand, any child working on a rice paddy.

“There are several rice farms in Namaganda, but I have never witnessed child labour, on any of them.
The children, I see, are there to chase away birds and they only do it, after school.” 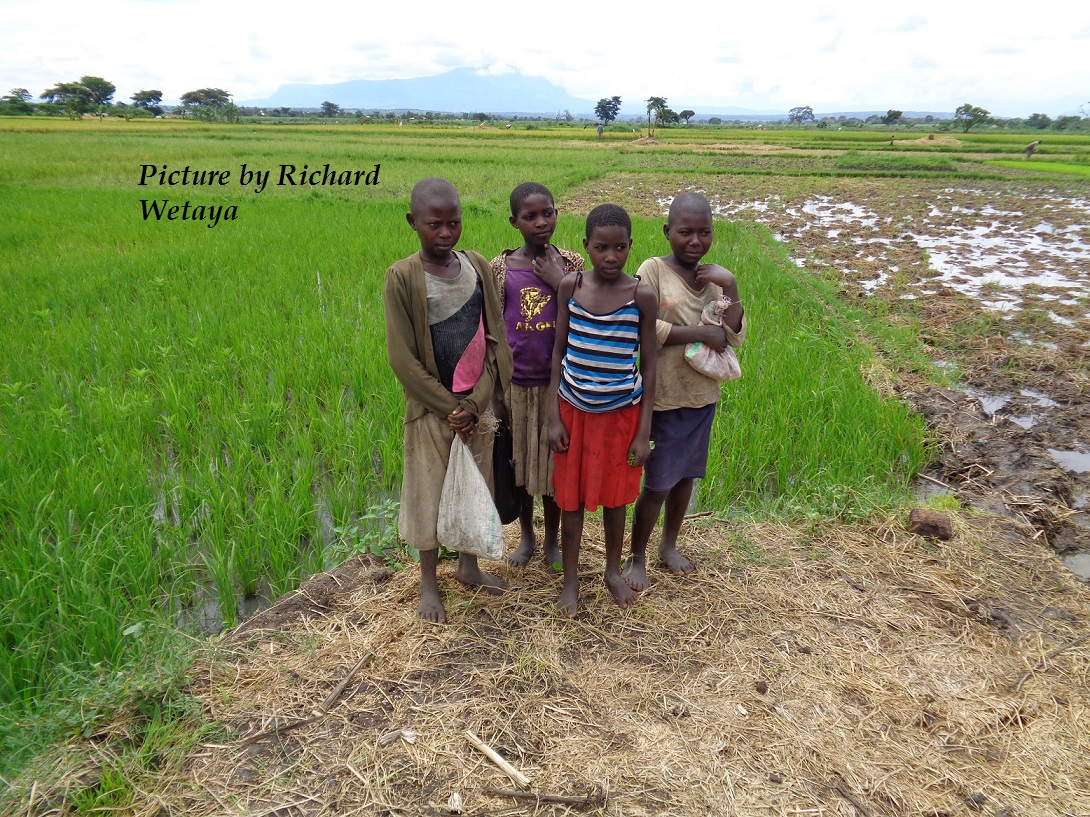 Plans to tackle the issue

Richard Waya, the Butaleja district chairperson, says the district has started operations to bring a halt to any forms of child labour.

“Our position as a district is that it is illegal for any child in Butaleja to work in a rice paddy, when it is school time.
The district has put in place an order to arrest children who work in the fields, instead of going to school.
The fine for a child got in a rice field, during school time, is sh5, 000. Parents, who send their children to the fields, instead of school are liable to pay fines,” Waya says.

James Waluswaka, the Bunyole West county Member of Parliament, objects to the notion, that child labour is endemic on Butaleja’s rice paddies.

“That happened in the past. It is only when children have broken off from school, that you will see them, working in the rice paddies. The ordinances, the district recently passed in relation to the issue make it hard for anybody to compel a child to work for them, in the rice fields, during school days,” Waluswaka says.

According to recent statistics from the Butaleja district education office, the school dropout rate in the last four years, has surged from 45 per cent to 78 per cent.

Statistics also show that the dropout rates in upper primary are between 60 to 70 per cent.

In the year 2000, over 200 Child Workers in Butaleja District were detained by the Police.

The Constitution of Uganda Article 34 states that children under 16 years of age have the right to be protected from social and economic exploitation.

This year, the Ministry of Gender, Labour and Social Development launched a national strategic plan to eradicate child labour in Uganda.

Florence Nakiwala Kiyingi, the State Minister for Youth and Children affairs, said all children of school going age should not be employed, but sent to school.

In 2016, the Government approved the Children (Amendment) Act, which outlaws the use of children for labour exploitation.

What some of the children say

I get paid to work in a rice farm near home. I work on the farm Saturday and Sunday.
The weekdays are for school. I know how to plant, dig, weed and harvest rice. I use the money am paid to buy clothes and books.

Our parents are poor; so those of us, still in school, work on the farms to get money to buy clothing and scholarstic materials.
On occasion, we share the money with our parents.

I study at Namache Primary School. I am in P.2.  I work on a rice farm near home. I start work in the morning and work till late in the evening. I take the money am paid home to my parents.

Iam from Wangle in Butaleja and I study at Wangle Primary School.
I work on a rice garden in Wangle but only on the weekends. The week days find me in school.

On occasion, I work on a rice farm near home in Masulula.
Sometimes our parents send us to work on the farms to earn some little money for home and school upkeep.

I work on a farm, near home from morning to evening. I chase away birds that eat the growing rice grains. I study at Gombe Primary school but am not always consistent because of school fees issues.

I stay on the farm with my brother-Ndoboli chasing away birds from the gardens.

I go to work in a rice garden near home every evening after school.
I know how to plant, weed and harvest. I earn sh15, 000 [$3 ] every time I do a good job. I take the money to my parents.