Is Ugandan Hip Hop about to witness a revival with news that respected veterans-GNL Zamba and Lyrical G are releasing new albums or have already, like in the case of Lyrical G?

For many of the genre’s loyal fans, news of the album releases is a welcome development, given the genre-uplifting pedigrees of the two wordsmiths. GNL and Lyrical G significantly helped raise the profile of Ugandan Hip Hop in the mid-2000's.

“Their influence is still manifest in many of today’s rappers but their absence has been felt, in many ways, because increasingly, today an afro-ragga sound and vibe, championed by the likes of Gravity is rather unflatteringly, being seen and fronted as Hip Hop,” Gladys Kituyi, an entertainment blogger, says.

There are rappers like Judas Rap Knowledge, Fefe Busi, etc who have kept true to the genre’s fundamentals, more like what GNL, Babaluku and LG did but they, of course, know there are long odds stacked against them.

The scoop that rap fans will have two albums to rock to, this year should hopefully be added onto a log enumerating some of the genre’s highlights for this year, 2019.
Besides the 2019 MTN Hip Hop awards, there is nothing else substantial, which has happened for the genre, this year.

“The MTN awards brought some spark back to a genre, which essentially still risks, sinking into oblivion,” Kituyi says.

Why fans should be upbeat

There is every reason to be upbeat though, with this news. Just lyrically speaking, you will be hard-pressed, today to find a hip hop artist in Uganda who wields as skillful a pen as GNL or Lyrical G.

Hip Hop, in many respects, requires not good but proficient poetic writing skills and that is where GNL and Lyrical G have a forte.
Hip Hop emcees [rappers] will talk about anything and most times, they make it sound thought-provoking, witty and educative.

Other times, they use hyperbole, braggadocio, metaphors, and many other figures of speech.
In the history of Ugandan hip hop, few rappers have flexed those skills, better than GNL and Lyrical G.

Other emcees have excelled, of course, such as Navio, Babaluku, Ibraw, Mon M.C, The Mith, L.G, Rugged Made, Ruuyonga, Keko, among others.

The few talented Hip Hop artists who showed that they also wielded skillful pens when it comes to writing Hip Hop rhymes after GNL’s efforts brought Hip Hop to the mainstream, likeCyno M.C, St Nellysade, Burney, Patrobas, among others, regrettably took hiatuses and that sadly spawned the rise of many of today’s Kidandali [afro ragga] beat rappers.

“You can not lay claim to Hip Hop when you rap on afro ragga beats and stop laying claim to the Hip Hop throne when you are far removed from the Hip Hop genre’s fundamentals,” Gid Kibuka, a Hip Hop producer/Emcee in Ntinda, says.

“If you call yourself Hip Hop, rap or rhyme on a real Hip Hop beat. Bottom-line. Do not give me the same old mediocre notion that a pure rap beat, will not resonate with Ugandans and that a dancehall ragga beat suffices more. Hip Hop has an audience here. They are a silent majority. All these young people you see around the country, rocking jeans, baseball caps, sneakers and walking with prances in their steps are part of a growing Hip Hop generation. They are growing up on Kendrick Lamar, J Cole, Drake, and Rick Ross.”

Kibuka adds “The only vestiges of Hip Hop about the afro ragga artists who choose to water down their subject matter to “beans” and “goats being on the loose” are the baggy t-shirts, loose-fitting jeans, sneakers, and bling they wear. Fashion-wise, they promote Hip Hop, but not musically.”

The genre has been debased by a bunch of John come lately seeking to expand the genre’s horizons, without respecting its fundamentals.

“When some people come forth and say rap on a Hip Hop beat, do not perceive them as haters or people stuck in the past. Yes, the genre is evolving and yes the dance beat resonates with many people, but there is a crowd out there that minds about preserving a legacy and the knowledge fundamentals of Hip Hop,” Gilbert Bwete, a hip hop archivist, notes.

“Hip Hop is akin to Kadongo Kamu-deeply meaningful and poetic. The guys who rap on afro ragga beats are not Hip Hop artists. If there are award shows, it is only right that they are nominated in the right genre category which is afro ragga. Do you remember how Abdu Murasi was given a go by and ignored by the Kadongo Kamu community; it will be the same with the afro ragga artists who pretend they are Hip Hop, with time.”

With all that said, however, there is a new dawn coming with GNL’S and Lyrical G’s-the Spear and Geezy albums respectively.
The visual trailer for GNL’s album is nothing short of captivating and already, some of his fans are speculating that it may be 2019’s Ugandan Hip Hop album of the year.

Lyrical G’s-Geezy album, on the other hand, was released on the 30th of August.
He has been putting out audio and video teasers on social media and local T.V stations like Urban, NTV, and NBS. 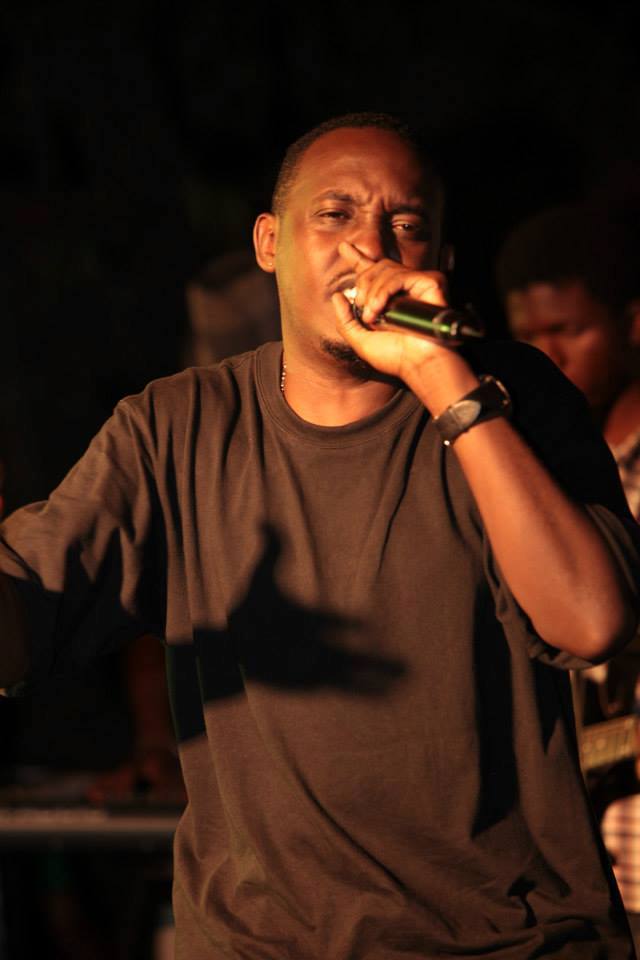 The long-suffering genre, where real Hip Hop artists are shunned and the pseudo ones who rap on afro ragga beats are embraced, quickly needs a new lease of life.

That new lease may come with the two albums. Historically, however, albums have been a hard sell in Uganda and the United States; they are increasingly becoming a thing of the past.
In the past decade or so, album sales across the world have been going down. Music fans’ have gotten more partial to singles downloads, than buying whole albums.

GNL moved to the United States with his wife-Miriam Tamar, some few years ago. They got married but the most important anecdote is that he has not put his music career on the back burner.

Matter of factly, he went the world music way, dropping a joint album with his wife, last year entitled-“Nsimbi” and for good measure, a single off the album-called “Leo ni Leo” won the best World Beat accolade at the recent International Music Awards in New York.

You would be wrong, however, to assume, that he has lost his rap mojo.
In the past year, he blessed his fans with songs like “Zamba the great”, which had him impressively rapping in English, Boasty and “Yours Sincerely”, among others.

GNL was channeling his old self with “Zamba the Great” and “Yours Sincerely”.

“Yours Sincerely” particularly showed GNL’s sensibilities, proving he was fully aware of the threat to his stronghold on the Lugaflow throne, by young rappers, who honed their styles on his earlier music and who intended to use his wordplay blueprint on other beats, other than Hip Hop,” Rugged made, a veteran hip hop emcee and a mainstay on the Kampala battle rap scene, says.

“Lyrically, none of the “Who is Who” rap bragging rights song versions is anywhere near “Yours Sincerely”. “

If you listen closely to the record, you can tell GNL was seriously intent on reminding everyone that he still reigns as the King of Lugaflow, despite being away.

Given the bad blood between GNL and Gravity, the odds of him, including a direct or subliminal disparaging song, towards Gravity are ten to one.

There is hope that with these new albums, the rap game, which has slowly been dying a slow death, can resurrect and yes if you are a true Hip Hop fan, it is time to start, rubbing your hands in glee.