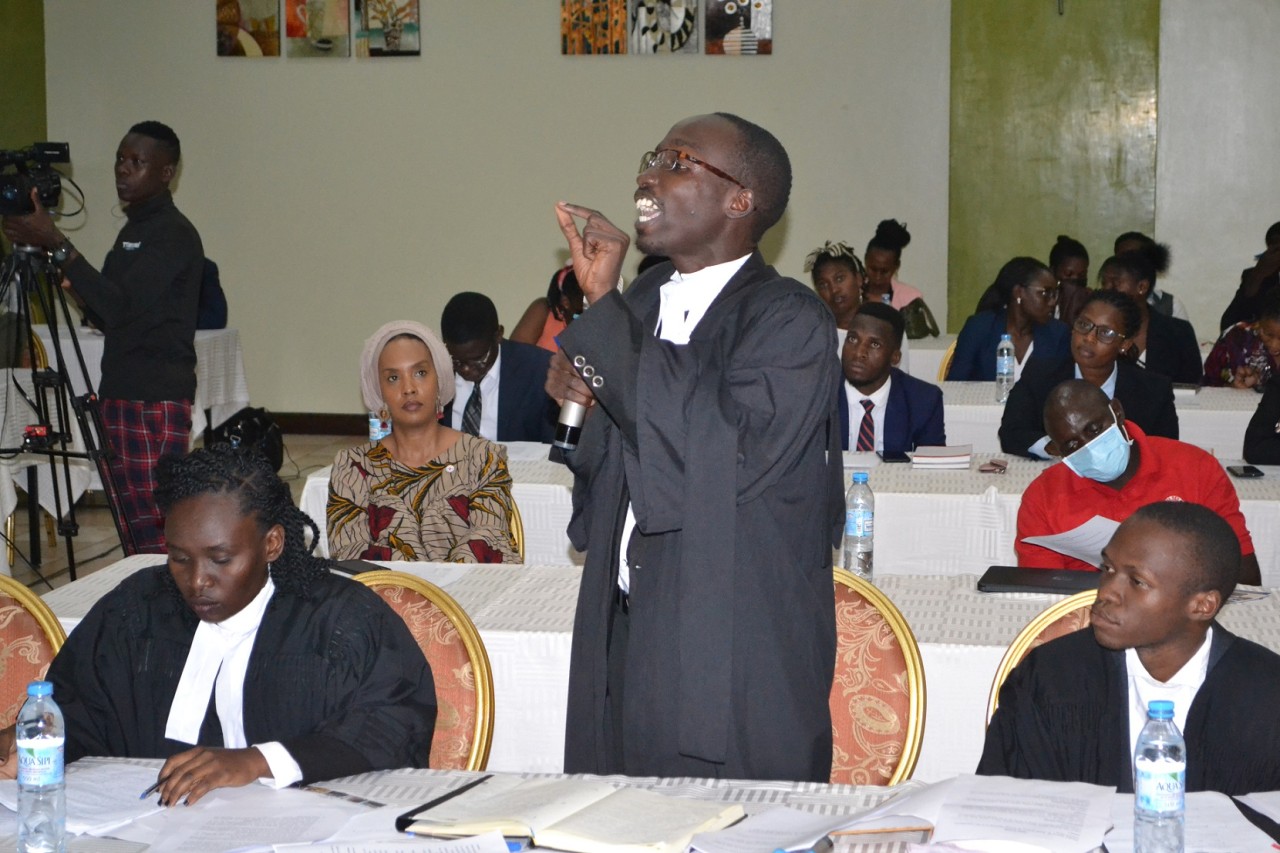 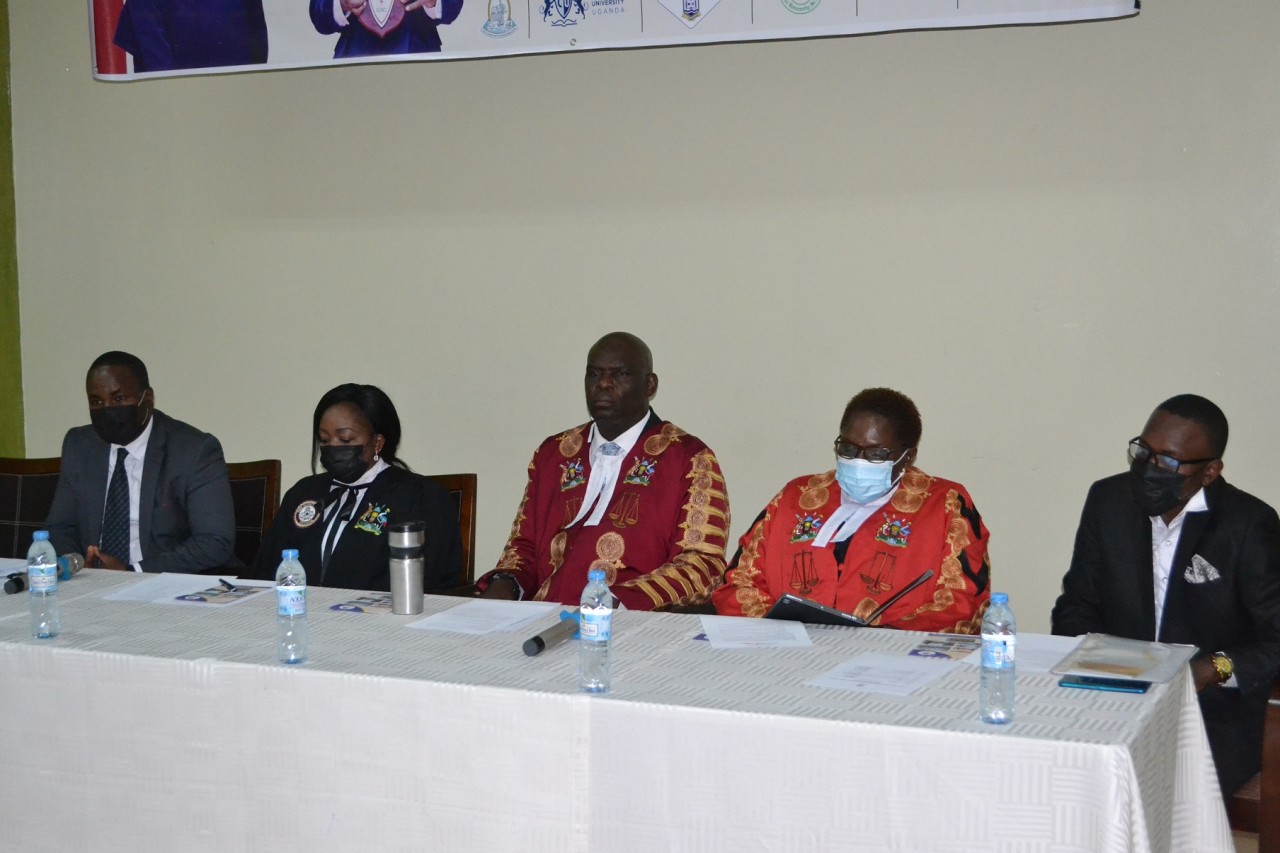 Nkumba University, UCU, KIU, Bishop Stuart University and IUIU are the other universities that took part in the International Committee of the Red Cross organised competition, which was held at the Imperial Royale Hotel.

The competition pitted foremost law students from the aforementioned Universities arguing cases for and against in staged court proceedings related to a fictional dispute.

Makerere University which last won the competition in 2015 was absent this year.

In the Law Moot Court, competing law students are expected to demonstrate their awareness and understanding of the principles of International Humanitarian Law, which the International Committee of the Red Cross defines as a set of rules which seek, for humanitarian reasons, to limit the effects of armed conflict. The law protects persons who are not or are no longer participating in the hostilities and restricts the means and methods of warfare.


The Ugandan version of the International Humanitarian Law Moot has been taking place since 2019.

"A Law moot court is good practice for law students especially those interested in International Humanitarian Law. It is good practice for future advocacy. Students who take part in these law moots usually perform very well when they get out of school," Justice Chibita told Masaabachronicle. 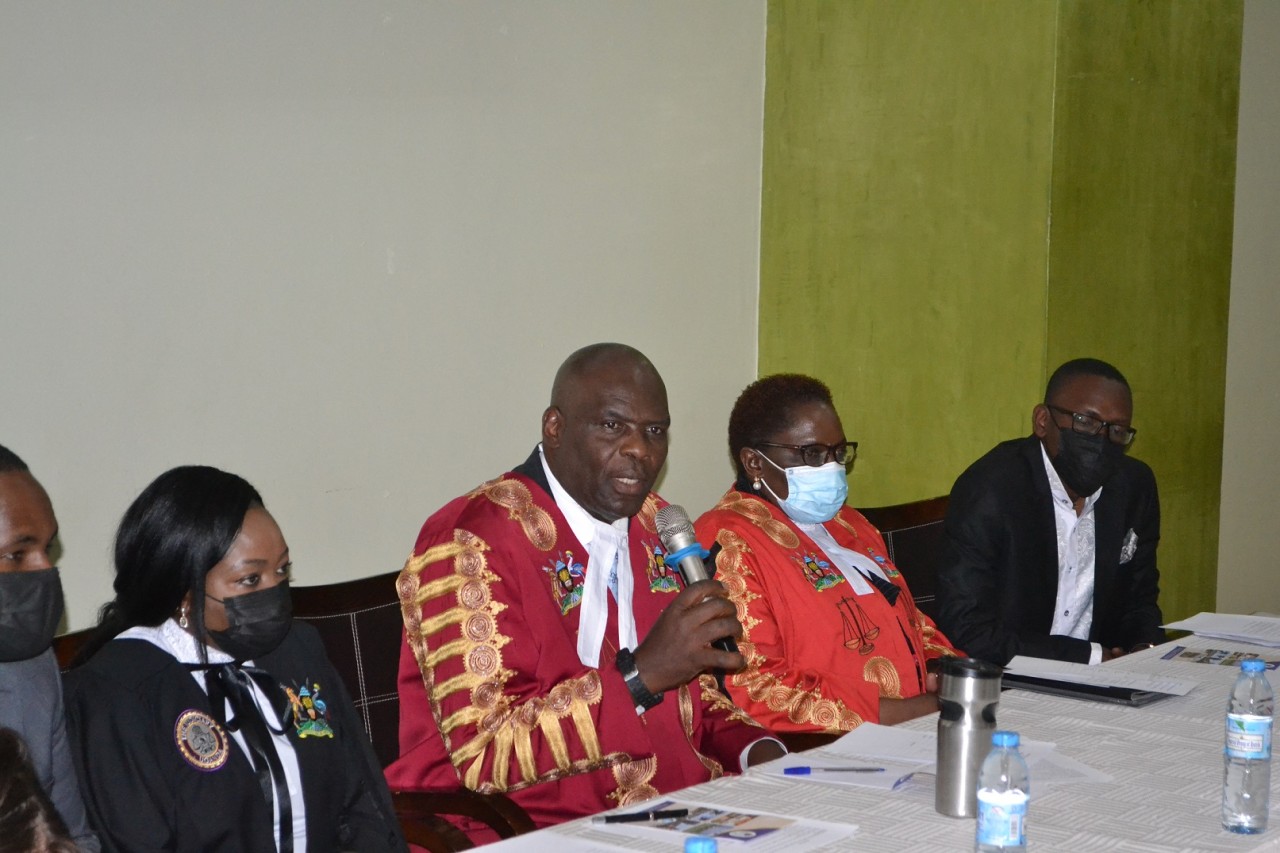 According to Sagal Aden, the acting head of the ICRC regional delegation in Kampala, "the competition is part of a process that aims at boosting interest in International Humanitarian Law and to promote its instruction in universities in Uganda."

In the final, Cavendish University's law student team represented by Rogers Musiime, Echo Mugisha and Mirriam Lawoko put forth their prosecution case in what was a fictitious International Crimes Division of the High Court of UKK, an imaginary international Justice Institution. 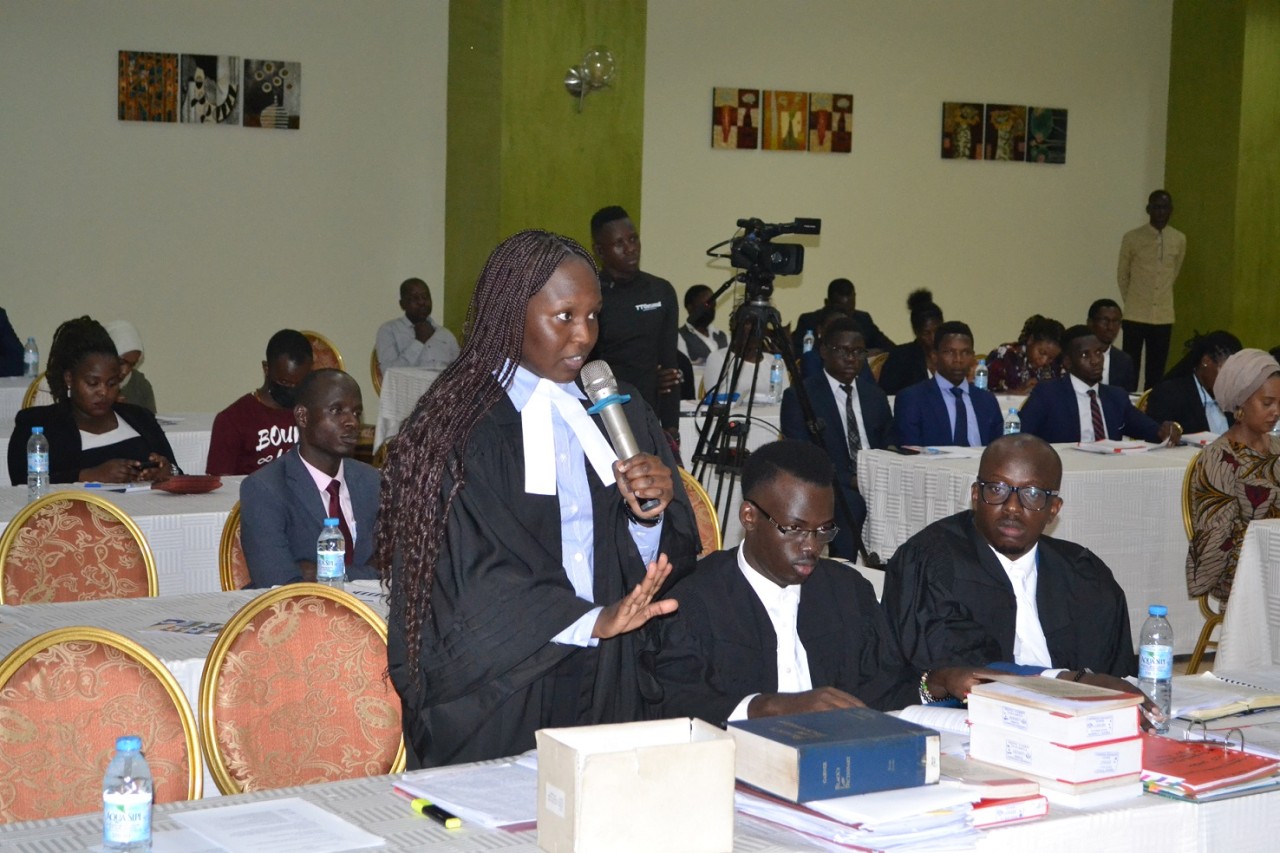 They made a hypothetical case for the prosecution of fictitious President Zeleti Andimo of the state of Rubani for the war crime of intentionally directing attacks against civilian objects in Dalanka, an imaginary neighbouring state, while Gulu University represented by Sheba Ankunda, Stanley Nabongo and Justine Ejiku acted as his legal defence. 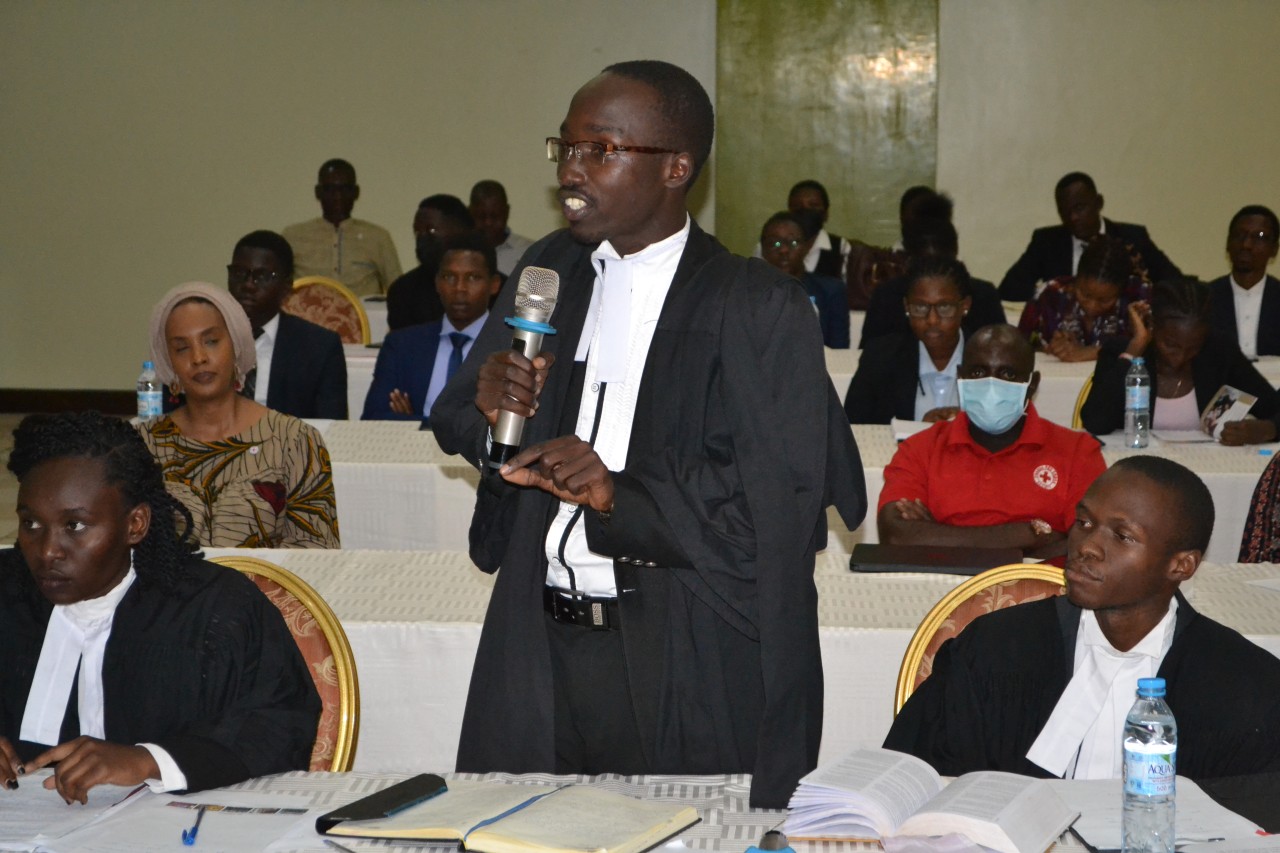 In the end, the judges tipped the scale in Cavendish University's favour. 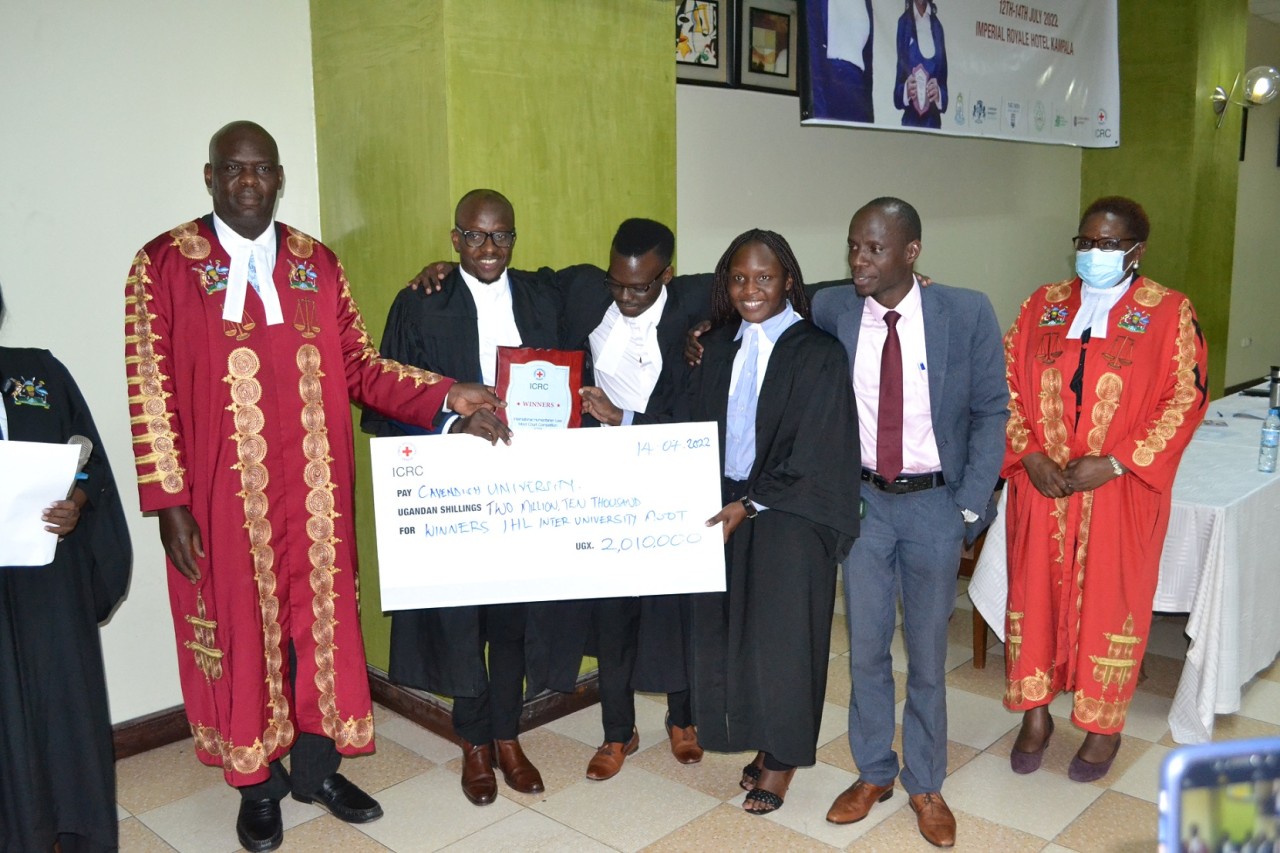 They will now represent Uganda at the All-Africa Moot Case Competitions, which will take place in Arusha in September.