Uganda's male grooming industry is in the ascendant

While growing at a much slower rate, compared to that of countries like Kenya, Uganda’s male grooming industry has steadily been making inroads.

Several estheticians in Kampala contend that the industry will likely bask in more glows, as more Ugandan men, strive to look good in the New Year.

In many of the country’s urban centers, facial moisturizing, pedicure and manicure parlours are now, not just exclusive to women. Gender barriers are increasing being broken as more upper-class and middle-class men frequent them to keep their nails, beards, teeth, skin, hair, and toes in mint condition. 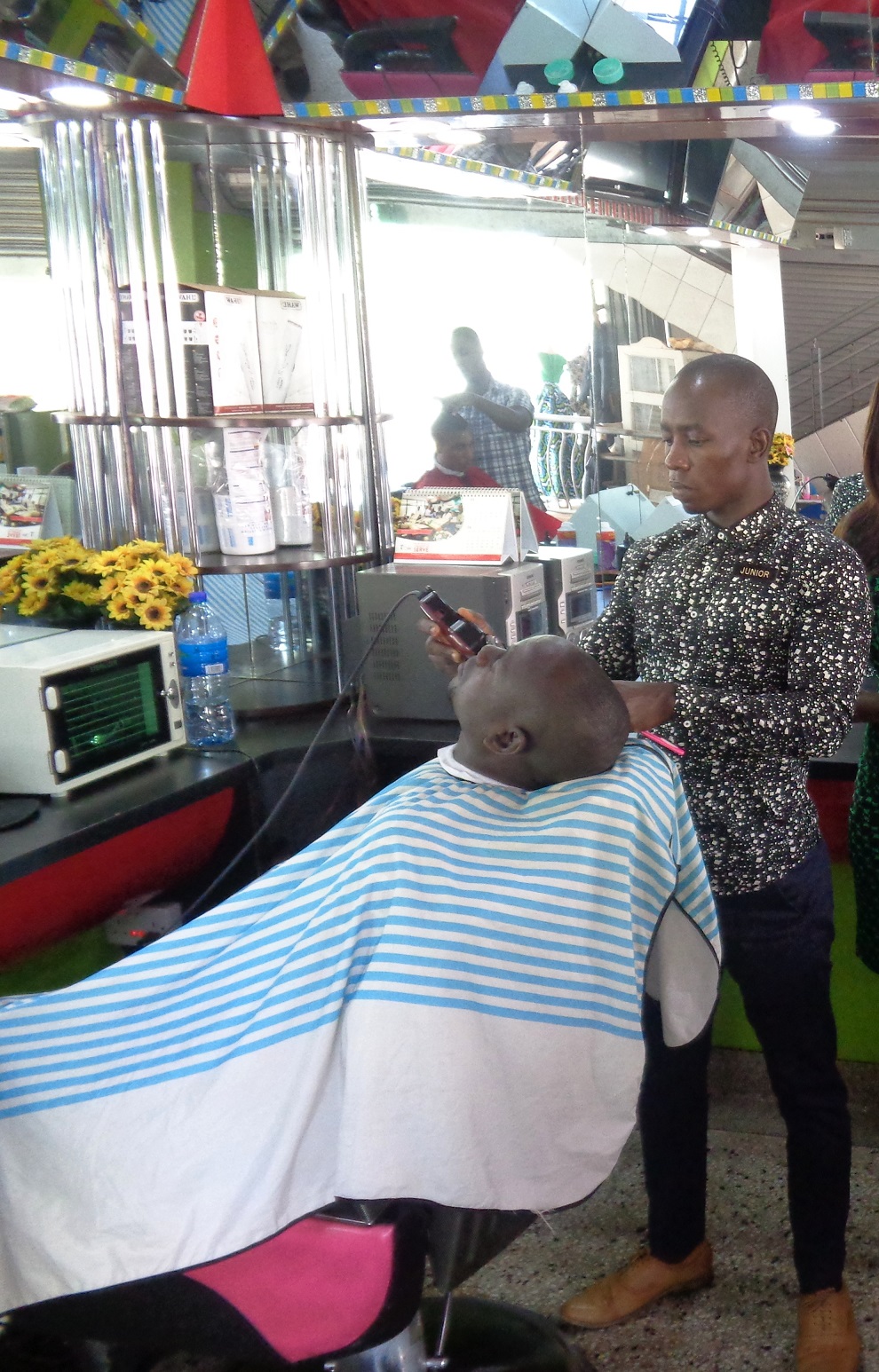 “Increasingly, more Ugandan men are embracing grooming and self-care [regular facials, trimming of beards, keeping hair neat, trimming of finger and toenails, skincare, etc].
A smart preened and polished outward appearance is what every man should strive for in this New Year,” Catherine Onyait of the Ntinda Unisex salon and cosmetics clinic, told Masaabachronicle.

One of the first grooming basics, men should live by this New Year, according to Onyait, is to regularly shave and keep their beads clean. The disheveled and rugged look should be a thing of the past.

“Beards grow rather fast so shaving once every week is advisable. It is important to wash your beard daily, with a gentle beard shampoo using a cloth or sponge, because they easily pick up dust, food and other particles throughout the day,” Abdullah Ali Halage, a lecturer at Makerere’s School of Public Health, says.

“If you experience beard dandruff, use a dandruff specific product like gentle Vikings beard or beard wash. If you struggle with skin irritant razor bumps, which usually occur when inflamed hair follicles become infected by fungus or bacteria, ditch the razor. Use it only when you have some good pre-shave creams or oil.”

Ostensibly, using a shaving cream ensures a smoother shave and lubricates your skin, making it easier for the razor's edge to glide across the skin surface.

“The best bet; however, is to buy an electric clipper/trimmer for oneself or to go to the salon. Clippers are the best for grooming the beard, stubbles and mustache area,” Halage says.

To steer clear of razor bumps as well, do not stretch your skin when shaving, and at all times, shave in the direction your beard grows. After shaving, press a cold, wet cloth against your face for five minutes,” Onyait advises.

By all accounts, shaving pubic hair is also a good hygiene practice; men should embrace in the New Year.

“Pubic hair should be trimmed once a month as it grows slower than the other bodily hairs.”

Halage adds “the other option is trimming the hair short with a scissor and then covering the pubic area with a small towel dipped in lukewarm water. This helps to open the pores and soften the hair, which can then be easily cut with a disposable razor blade, but only after the application of shaving cream or gel. To get rid of the hairs around your genitals, use trimmers.”

The other good body grooming practice, many men usually gloss over is washing their man parts [penis and the testicles].

“Some men especially the circumcised ones do not give their penis the appropriate cleaning care it deserves. The penis [circumcised or uncircumcised] has to be washed every day. Not regularly washing the underneath of your foreskin, if you are uncircumcised, means there will be a buildup of the sticky substance-smegma,” Dr. Joseph Baluku of Mulago hospital, says.

“Once it builds up, it becomes a breeding ground for bacteria and with time, it starts to smell. A build-up of smegma can also lead to conditions such as balanitis where the head of the penis becomes inflamed.”

Halage says “Use warm water, when washing your man parts. Wash gently and use a mild soap or gel. If you are circumcised, gently wash your man parts once a day with warm water to maintain sufficient hygiene.”

While you wash, it is also a good thing to check your testicle area for lumps. Look out for any unusual inflammations or swellings.

“Wearing the same underwear for three or more days, lays your genitals and groin, open to acne, yeast infections and different types of bacteria, which at, length penetrate through the skin. For the New Year, buy more underwear,” Wandukwa says.

For underwear, choose different types such as boxers, mid and high rise briefs, and trunks to feel comfortable during the day.

The other personal hygiene rule to live by is to wear different pairs of socks every day.

“Although the temptation may be there, never wear the same pair of socks for more than one day. If you do so, you invariably expose your feet to athletes’ foot and other foot fungus.
Good foot hygiene calls for wearing a new pair of socks each day and washing the ones you wore the previous day before you wear them again. Stock up on many pairs of socks, preferably cotton socks,” Wandukwa says.

The other personal grooming precept to follow in the New Year is to regularly change on the vests you wear.

“Regularly change your vests, as you do with your socks and underwear because they absorb sweat, every time you wear them. Wear a different one, every day and wash the ones you wore before you wear them again. When purchasing vests, select those made out of cotton material,” Omoding says.

“As an essential grooming rule to live by, every day, wear deodorant and antiperspirant to ward off bad body odor and to dry up perspiration. For good measure, brush your teeth, after every meal to keep not only bacteria but halitosis or bad breath, away. Learn also to regularly clip your nails and to trim your cuticles,” Onyait says.

“Use a nail file to shape your nails. File them before washing when they are hard and firm. Soak the nails in soap and water to soften them. When they are soft, gently push back the cuticles with a manicuring stick. That will prevent hangnails from forming. Toenails, on the other hand, should be trimmed straight across to prevent painful ingrown toenails.”

With all that said, however, there will still be some bad apples. Men who stick out like sore thumbs in the New Year because they care less about their physical appearance.

“Take care of that hair, that fatigued and neglected skin, dirty clothing, dirty teeth, uncut and dirty nails. It is time to turn a new leaf in this New Year,” Onyait says.