By Richard Wetaya
Few Ugandan basketball fans had heard of Stanley Ocitti until he made his debut for the Silver-Bucks (Uganda’s men’s national basketball team) at the 2015 Afro Basket in Tunisia.
Ocitti put on a clinic, impressing with his repertoire of skills, ranging from the fluid perimeter shots, deep range and aggression on both ends of the court. 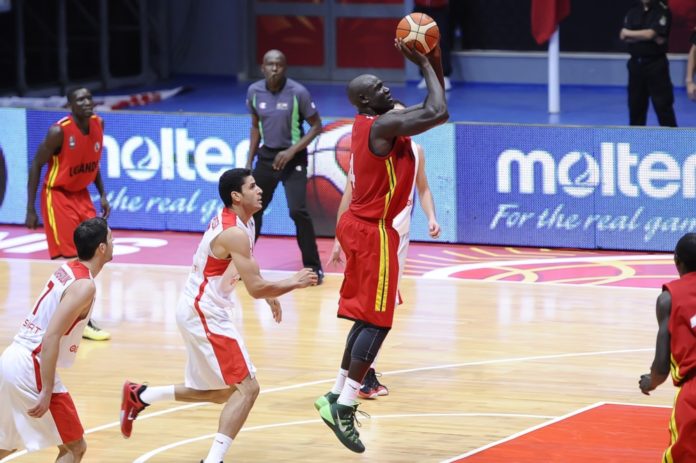 His debut heralded a new dawn for the much maligned Silver-bucks front court.
In the estimation of many, the Silver-bucks had at long last, gotten a reliable offensive weapon; a 6 ft 8 and a 104 kg big man with mid air flair; a big man who executed well in the paint, cleaned the boards but also adeptly shot the mid range and rainmaker shots (three pointer).
Fans who had long gotten accustomed to blip on the radar performances from previous Silver-buck's big men like Sam Gombya were energized. 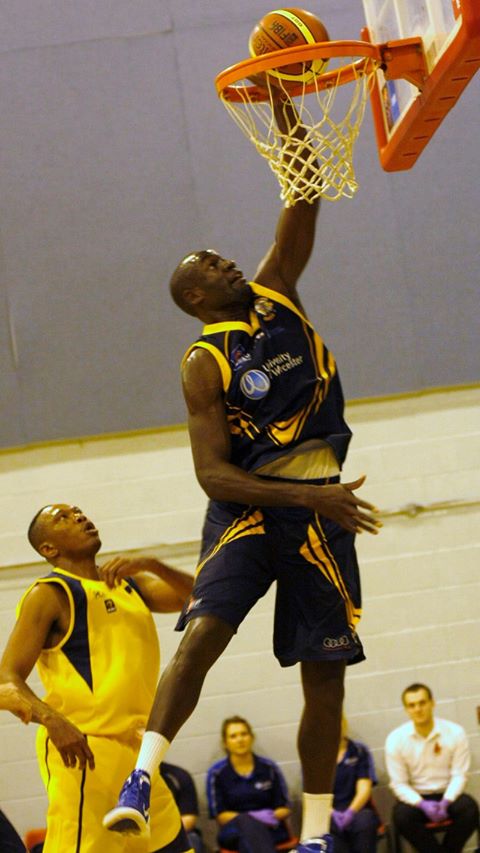 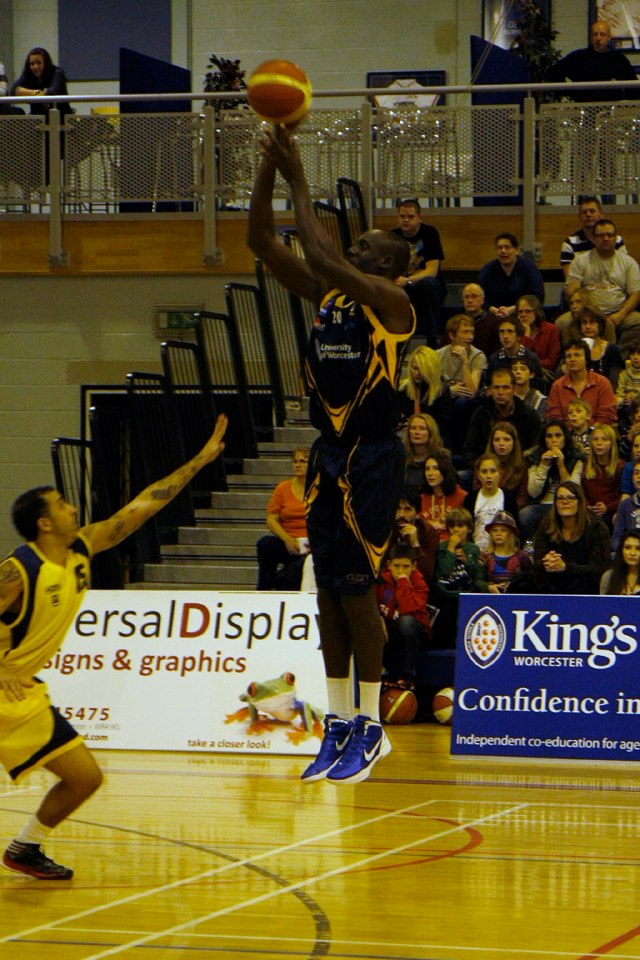 Ocitti’s game demanded attention. The guy who patterns his game after Tim Duncan seemed to be the spring that was missing from the Silver-bucks stride.
The other guys on the Silver-buck's team, principally Captain Steven Omony-seemed to feed off his-on court-aura and drive. 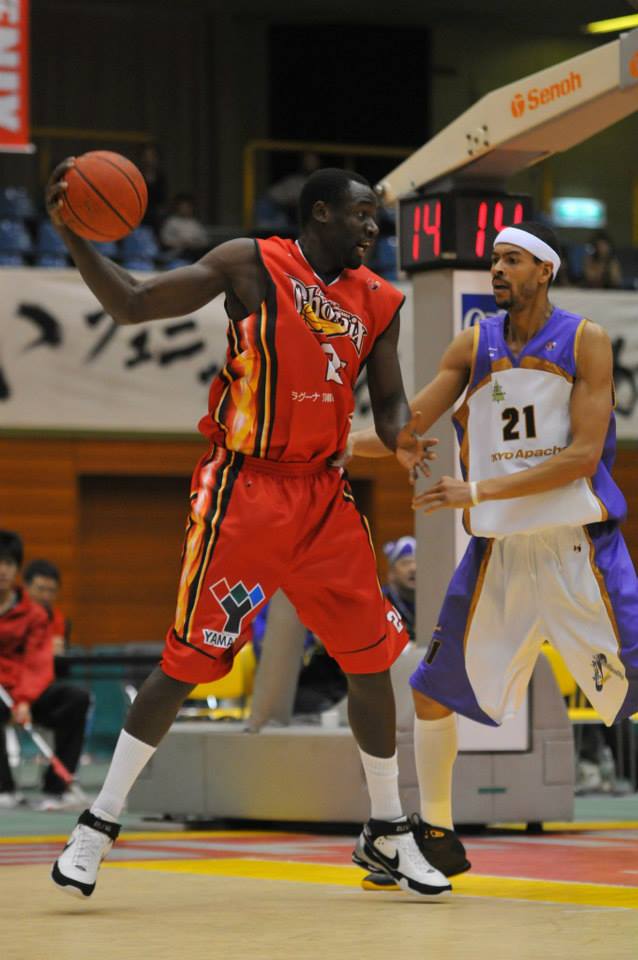 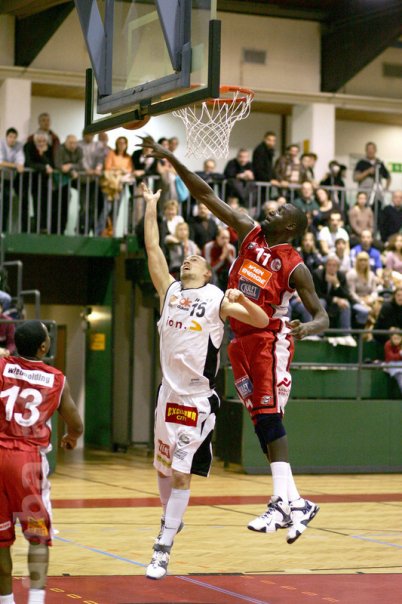 Of court, the 35 year old is as modest as they come. Basketball though has taken him places and made him a rolling stone of sorts.
In his playing career, he has made stops in leagues across the globe.
Besides playing in the United States, he has also brought his skills to bear in the Australian, Norwegian, Japanese, Dutch, Canadian, British, Hungarian leagues, amongst others. 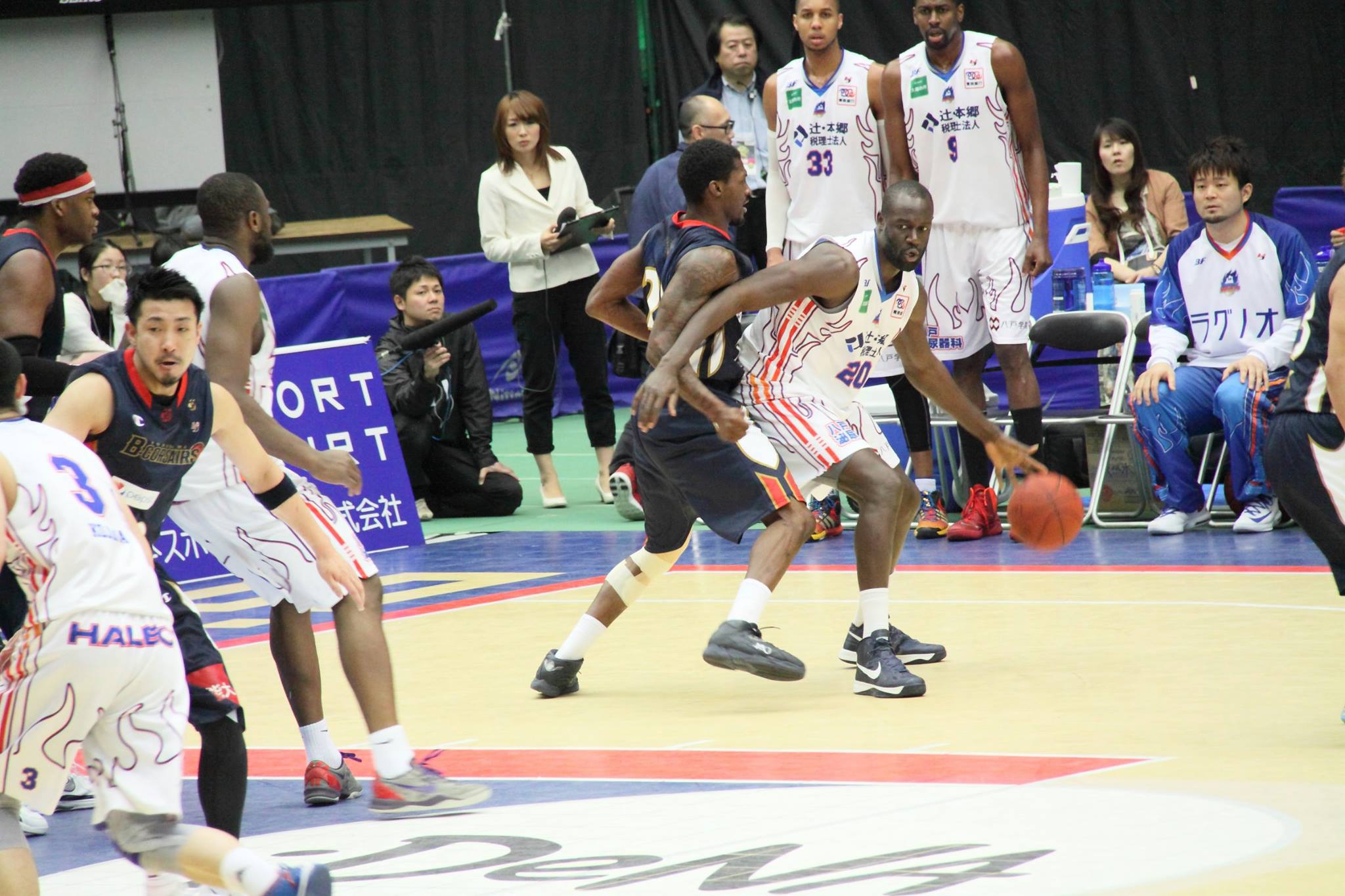 Ocitti has played professional basketball for 11 years and once dropped 63 points in a league game in the Netherlands. Get it-63.
In the United States, whilst he played in the National Collegiate Athletic Association or the (NCAA), he came up against NBA greats such as Carmelo Anthony, Ray Allen and Ben Gordon, etc.
The NCAA organizes athletic programs for Colleges and  Universities in the United States and Canada and helps more than 450,000 college student-athletes compete annually in various college sporting disciplines . 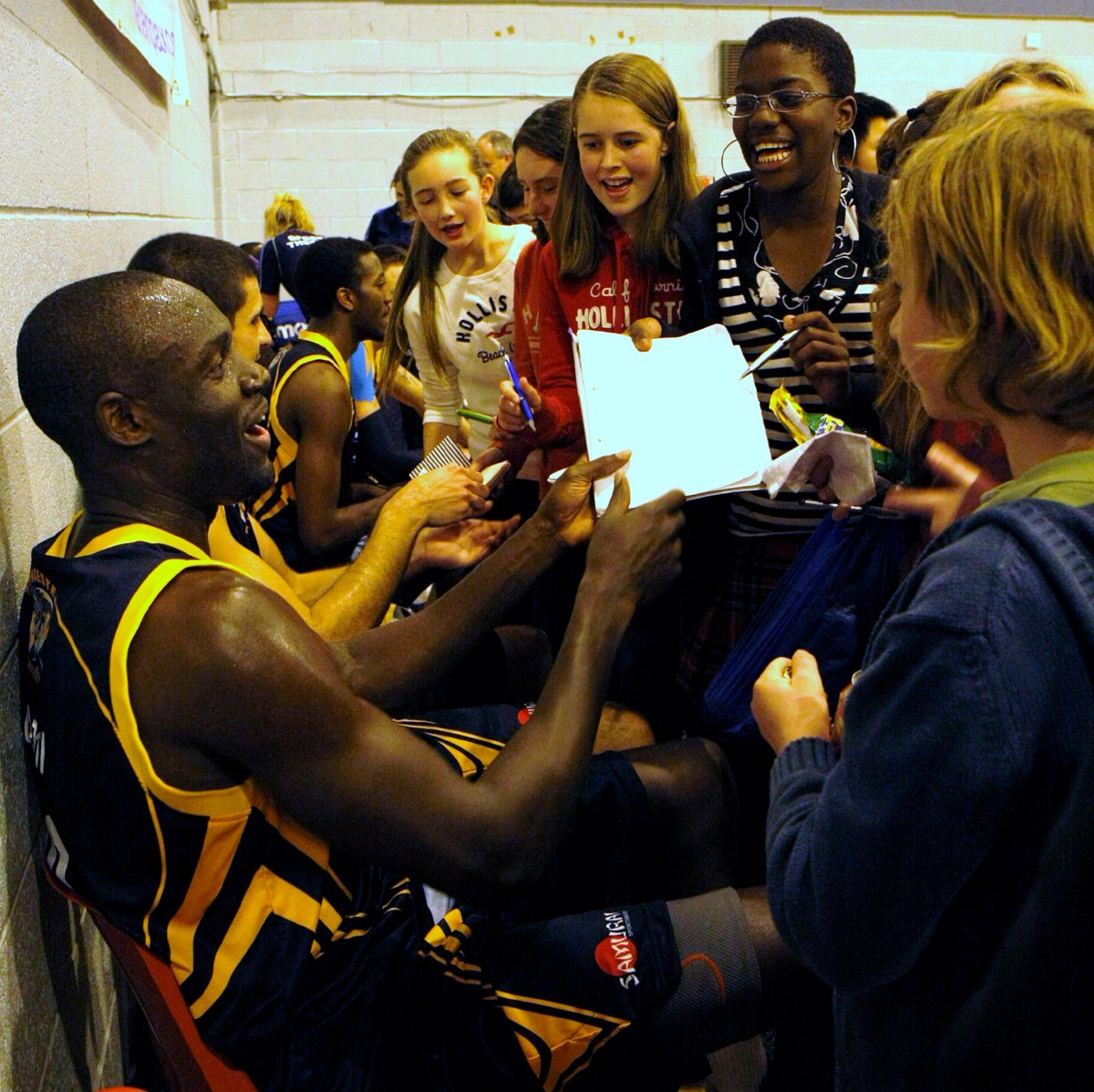 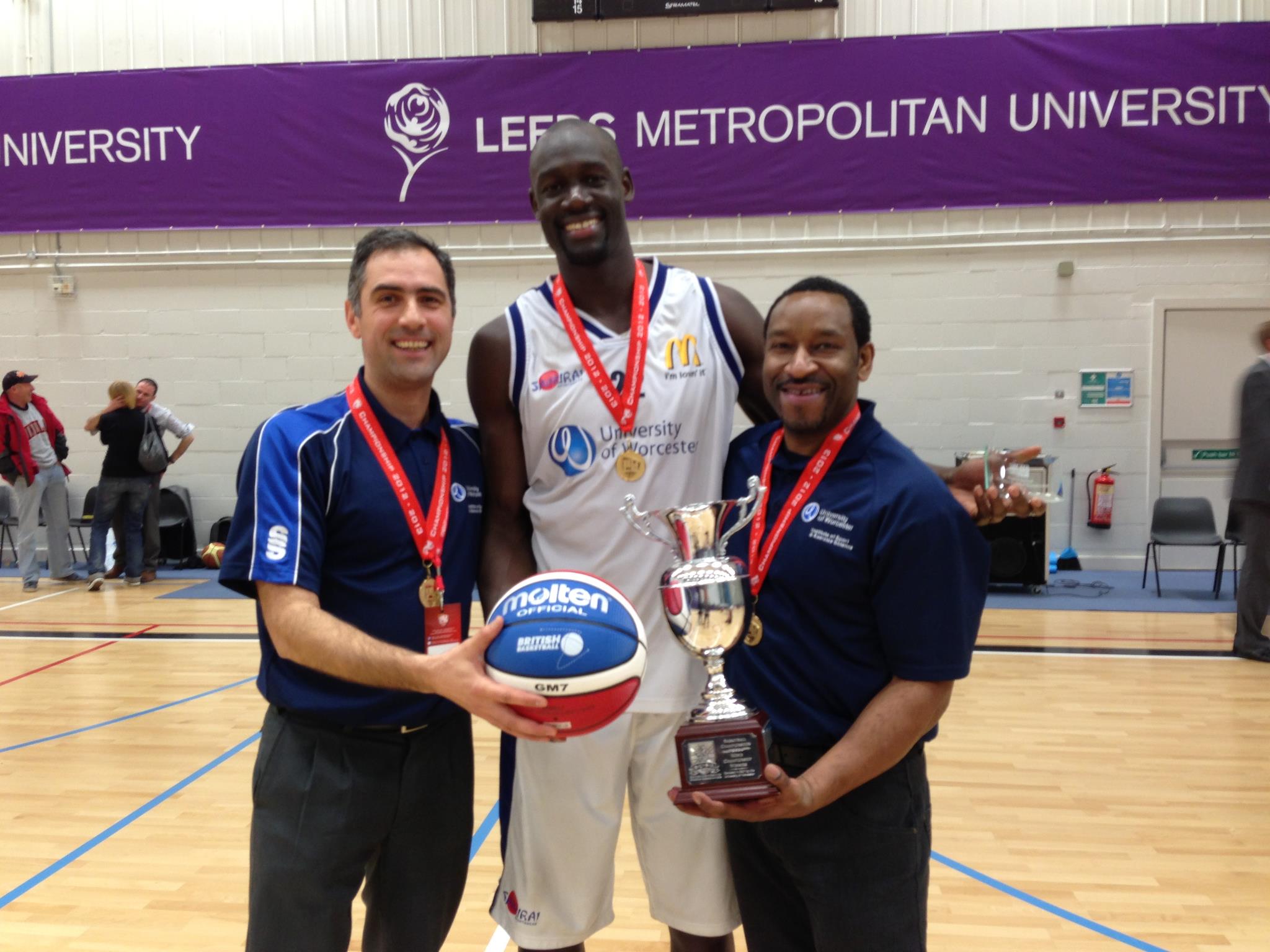 Ocitti’s accomplishments with the Connecticut Huskies in the NCAA stood him in a good stead.
The anticlimax however was that it did not propel him into the NBA- the best Basketball league in the world.
Ocitti looks back philosophically on the missed chance.
“As a younger player, I was unaware of the ins and outs of the NBA. So I didn’t really get a lot of interest from the NBA. Looking back on it now there are definitely some things I could have done differently. I however enjoyed my collegiate experience. The Connecticut Huskies are a power house and to be a part of a championship team was really humbling. Going up against future NBA stars like Carmelo Anthony was really amazing” he opines. 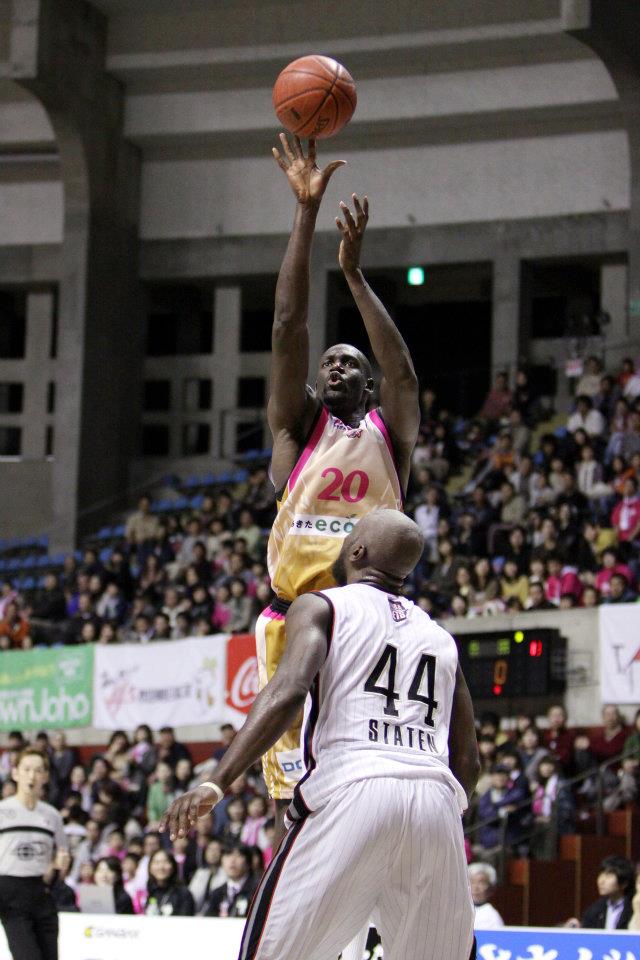 In the 5 games, Ocitti played for the Silver-bucks at the Afro-basket in Tunisia; he brought flair to bear; averaging 14.6 points and 6.4 rebounds per game.
He was by far, Uganda’s premier best scorer. The Legend-Steven Omony came in a close second. 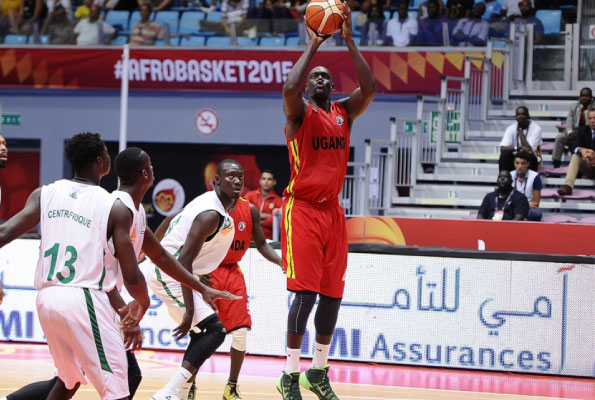 At the recent Zone 5 Afro Basket qualifiers in Egypt, Ocitti again showed his mettle, averaging 14.8 points and 5.5 rebounds per game for the Silver-bucks.
Just a few months earlier, he had laid down the law as he played for the City Oilers at the FIBA Africa Champions cup for men in Egypt.
He averaged 16.8 points and 9.8 rebounds per game and got an Honorable mention from the organizers after the tournament. 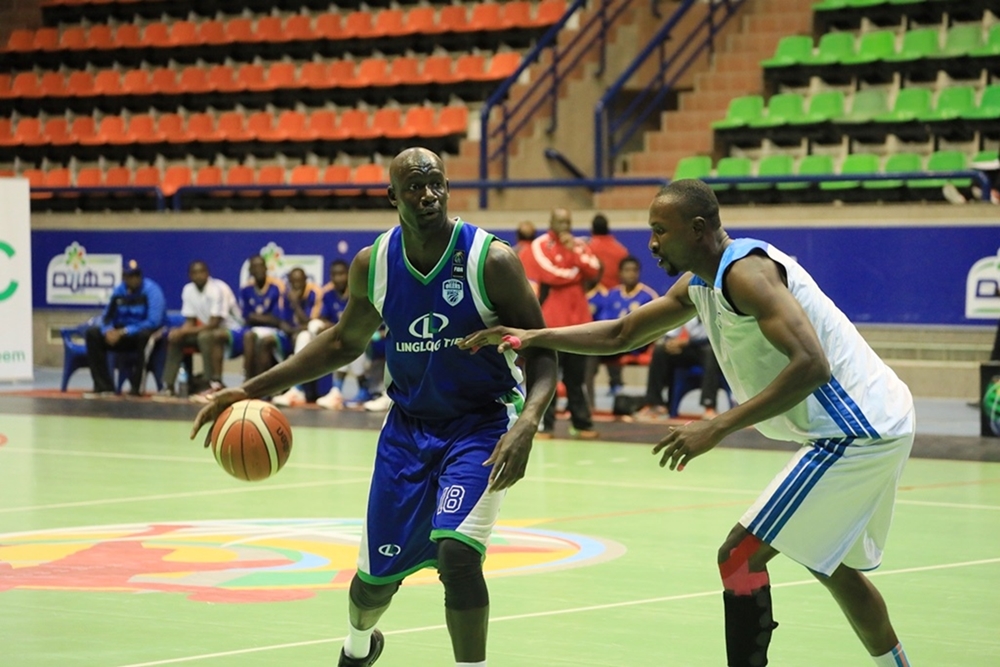 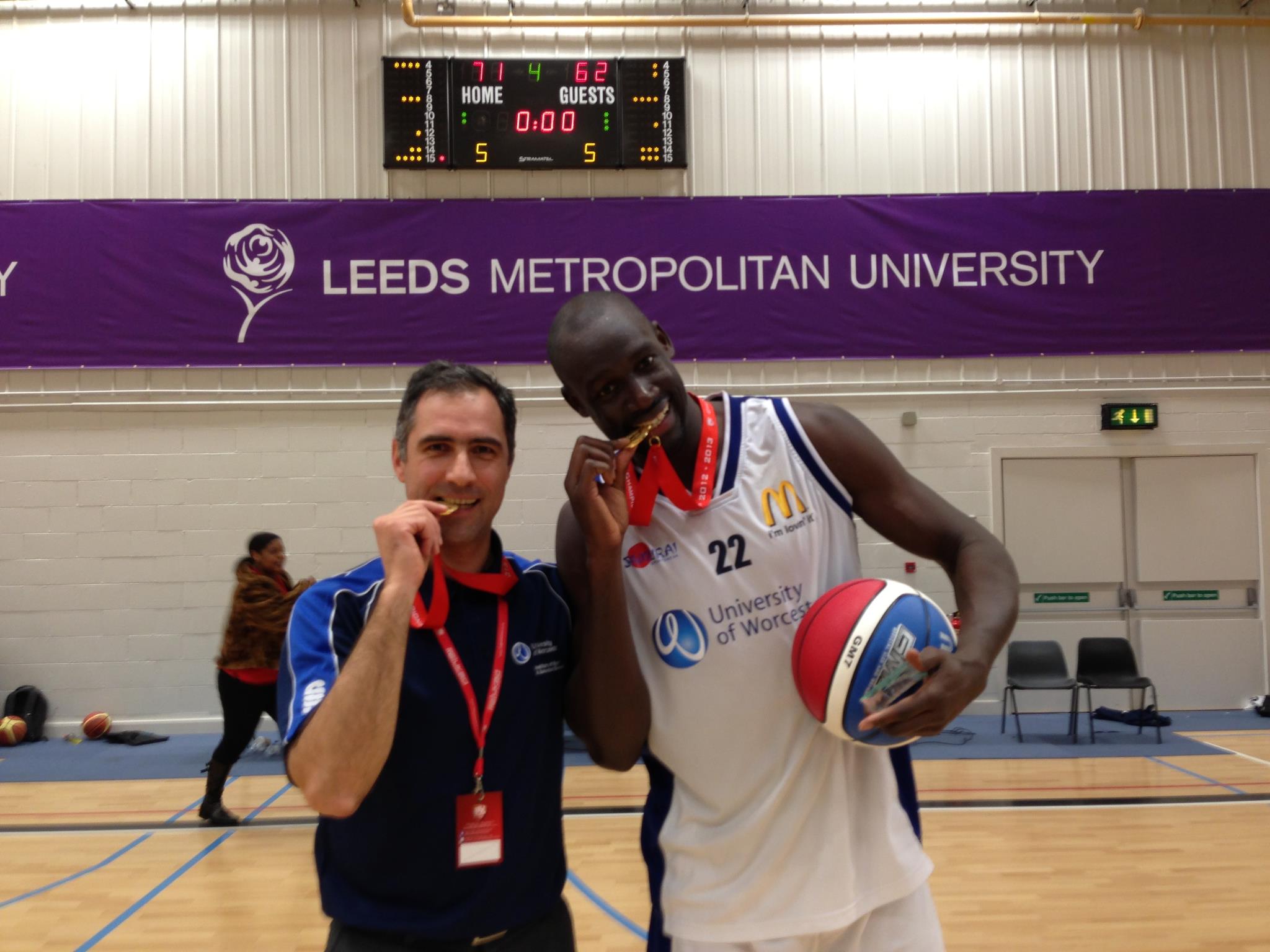 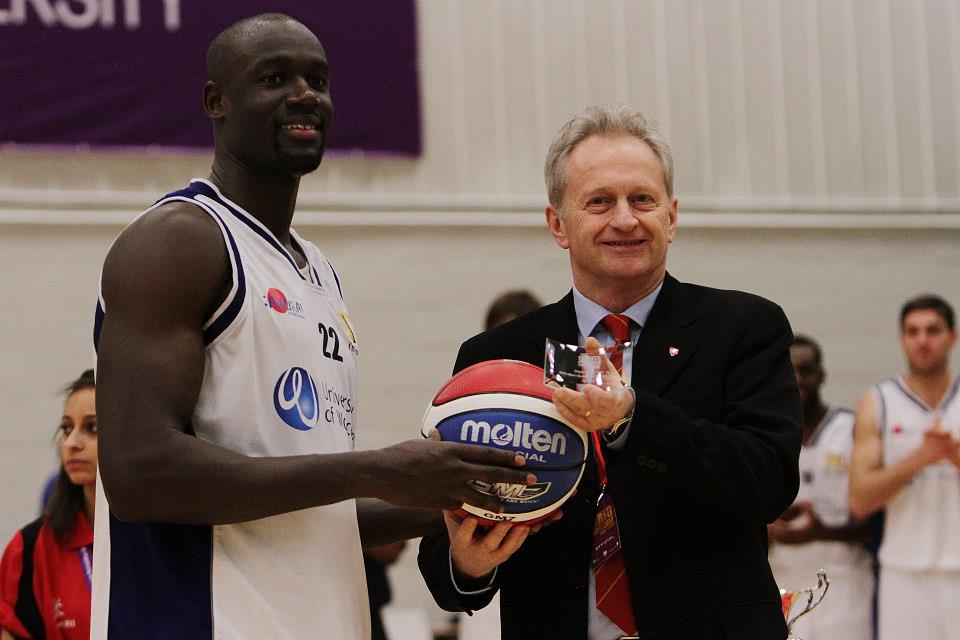 In 2006, he was part of the Norwegian national championship team-the Asker Aliens.
In 2009, Ocitti was part of the Hamamatsu Higashimikawa Phoenix team in Japan which won the Japan regular season championship.
In 2013, he was voted Defensive player of the year at the University of Worcester in England. In England, he got 4 team of the week honorable mentions. 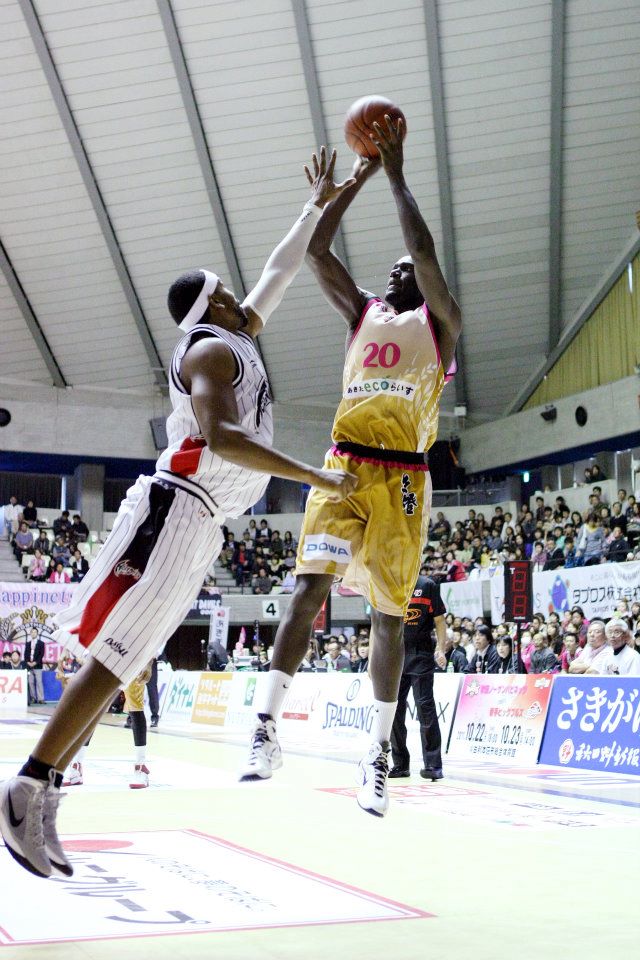 The experience of globetrotting as a player is something Ocitti has relished.
“If you cannot make it to the NBA, then the next best thing is to go overseas and try your luck in the international leagues. I had always wanted to see the world and through basketball, I have been able to experience different cultures,” he says. 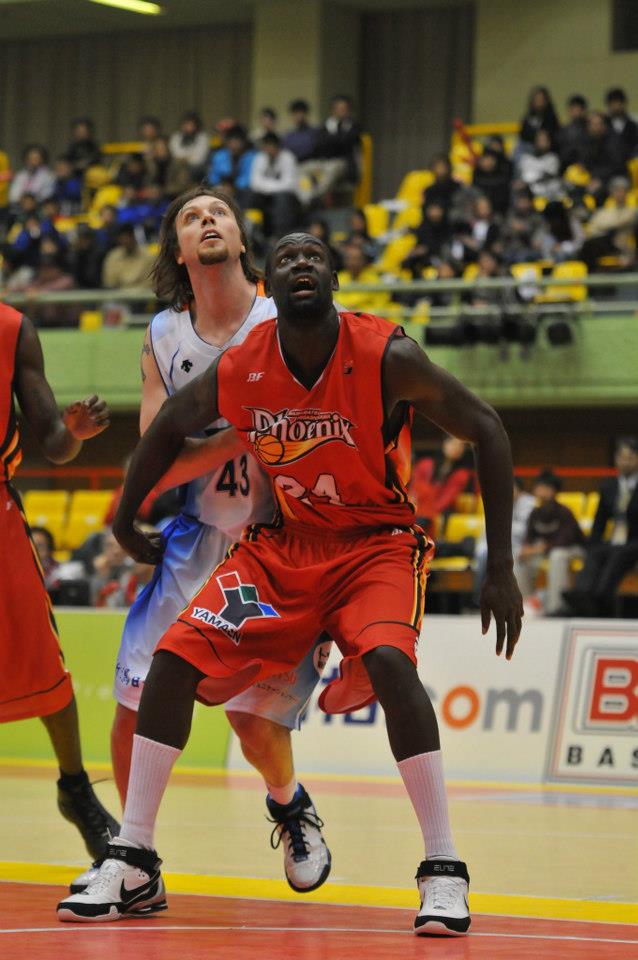 Though he is calling time on his playing career, Ocitti says he is still open to playing for the Silver-bucks.
“Am focused on playing as long as the team needs me. As of now, am in the process of becoming an internationally licensed agent. Iam intent on helping Ugandan players get exposure at the international level. There is a lot of talent in Uganda. As things stand now, there are many hard working people associated with Ugandan Basketball and I feel there is a bright future ahead for the next generation of ballers. For the young Ugandan players, just focus on the fundamentals and do something to get better every day, no matter how small,” 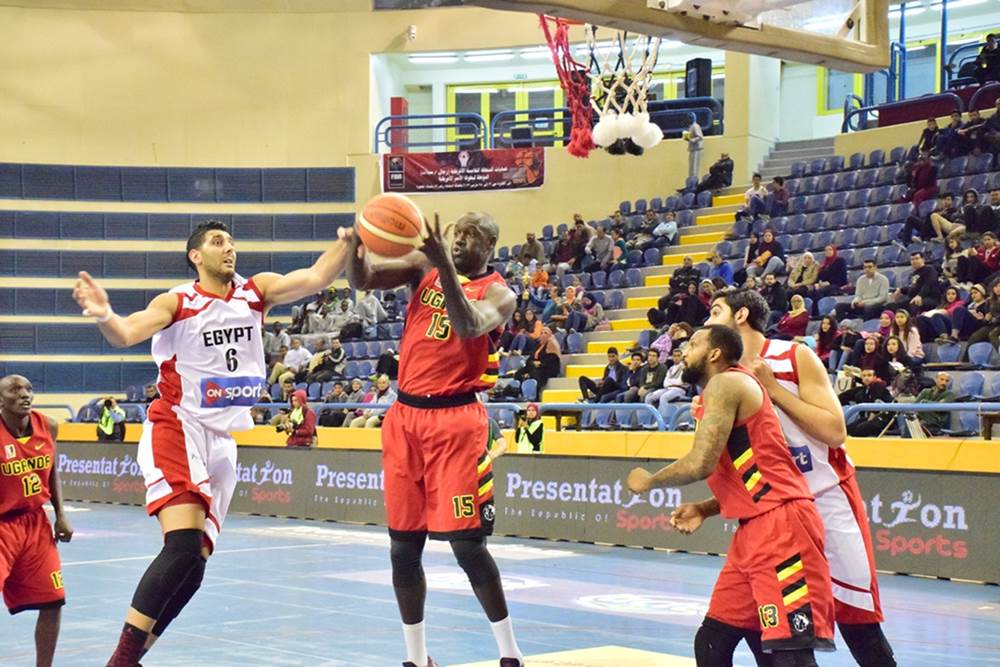 OCITTI-UPBEAT ABOUT THE SILVER-BUCKS
“It’s been great playing for the Silver Backs and the Oilers. There has been a lot of success for both teams at the East African regional level. The next step is to have success at the continental and international levels. I hope we can really just organize better and show the world that Uganda can compete on the bigger stages,” he reckons. 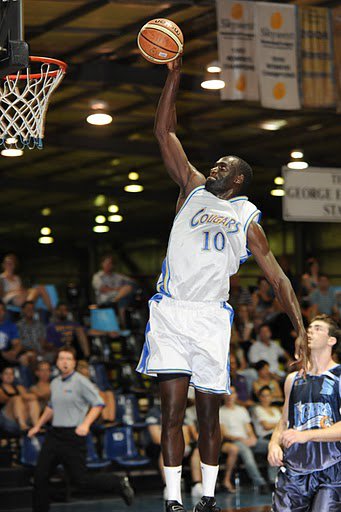 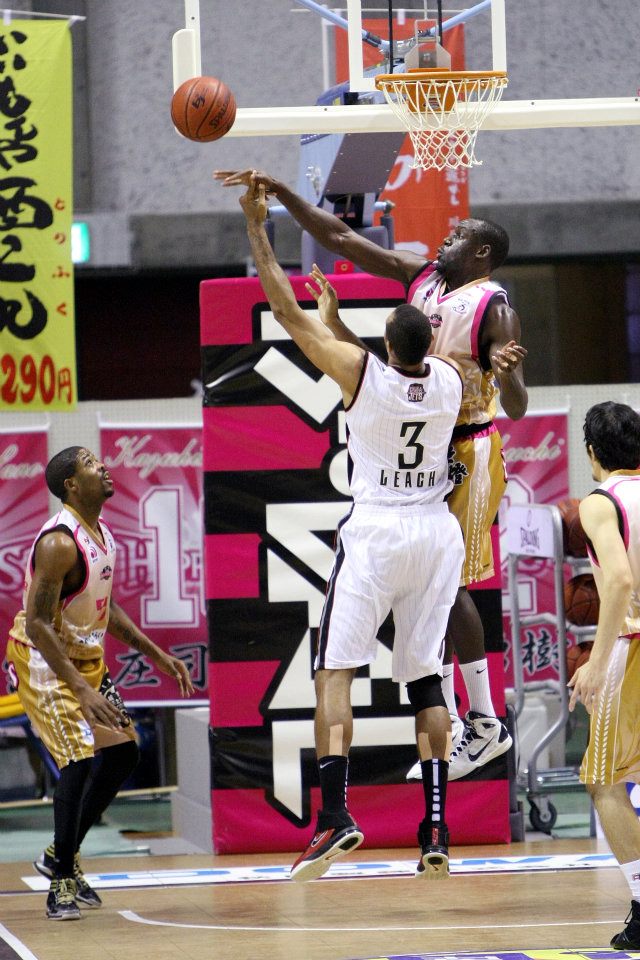 Ocitti was born in Kampala in 1980. He began playing basketball at age 12, inspired by his elder sibling. 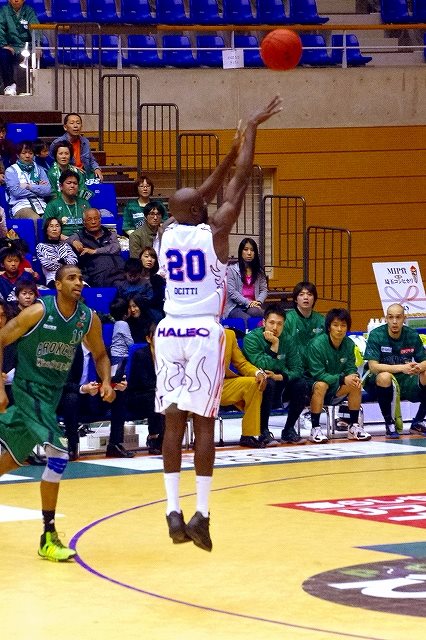 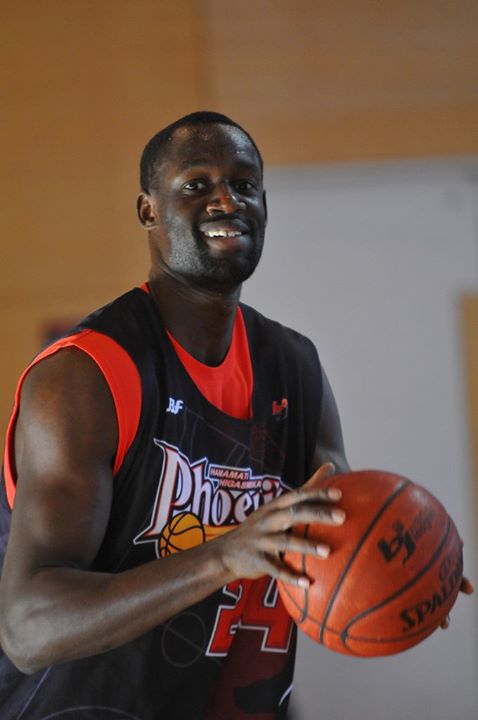