Geezy in urban slang means good or gangster. The gangster-bit is however used jokingly.
For good measure, the 15 track album, produced almost entirely by Lyrical G, has a feel-good vibe to it.

He is joined for the ride by a slew of rappers, to wit-GNL Zamba, Mc Yallah, St Nellysade, Judas Rap Knowledge Key Nemesis, Foever, among others.

On the album, Lyrical G [L.G] sticks to his blueprint-which is effortlessly juxtaposing commanding and unadulterated Hip Hop lyricism over high caliber beats and sound beds.

It is quite evident that he worked on fine-tuning his rap skills during his hiatus, which saw him fly to the UAE for work.

Times have changed since L.G last dropped an album in 2014 but as the often averse to hip hop media people, many of whom are used to people unflattering the genre by rapping on afro ragga beats; found out at a listening party, he held for them on the 14th of October at the Atmosphere Lounge in Kololo, the rap veteran is not about to alter his musical palette. 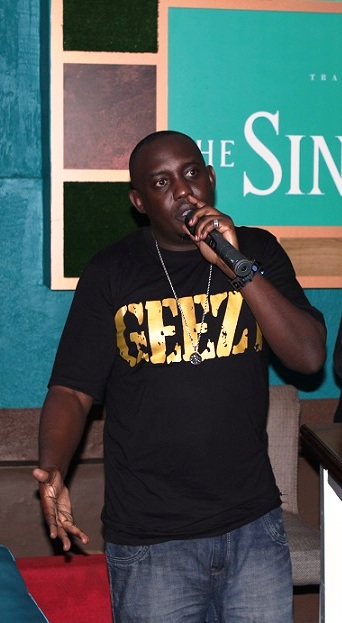 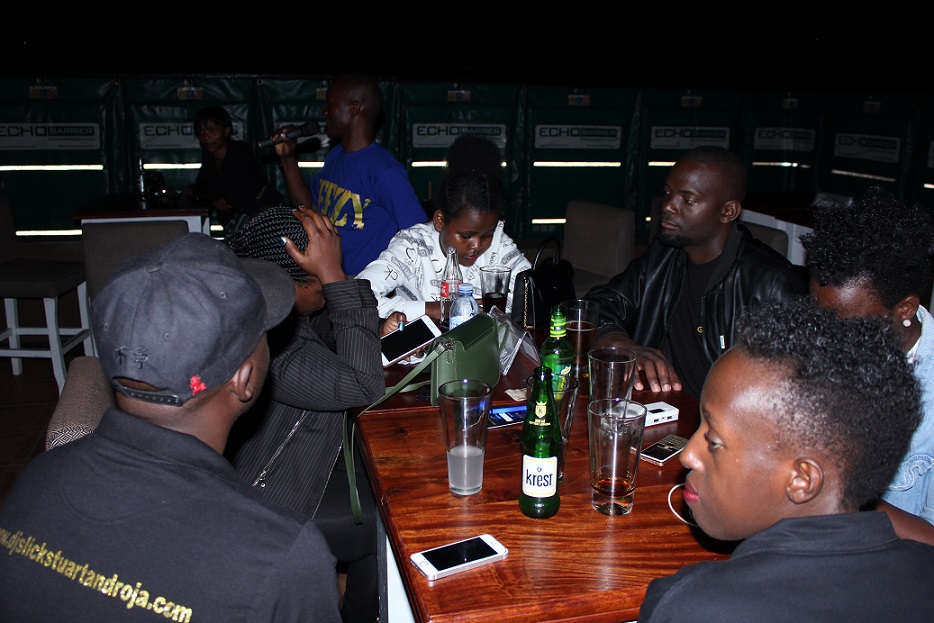 The Geezy album starts on a buoyant note with the self-produced “Keep it lit”.

The song sets a bouncy tone for the album, with his flow meshing perfectly as he reminds everyone about his lyrical skills with metaphors and brag laced lines like “Mic don- rock shows-last of the realest-that feel good shhhh that has the right ingredients-go ahead place your bets on me-the way I rock mics-I may need an exorcist- extra cold with it, low pro-I’m a savage, back with tight flows, no joke above average” 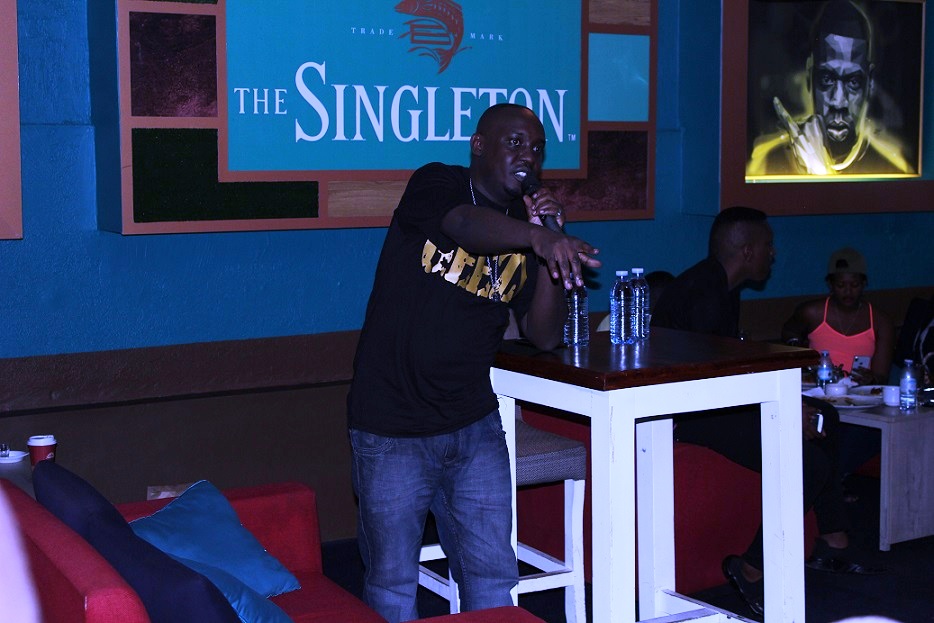 On the euphonious "Atamukutte [yah yeah]" a Koz&Effekt produced song, which ostensibly is the album’s lead single, L.G holds down the fort, enumerating why he still has to be reckoned among the best Hip Hop wordsmiths in the country, over some captivating Bakisimba infused rhythms.

On the exciting trap-ish- “Ndi Mukyamu”-feat talented newcomer Sliq Teq, L.G manifests why he is in a league of his own with commanding sleek lines like:
“I came in the game as a youngin/ Straight from the depths of a dungeon/ I made a name out of nothing/ this ain't rap, this is outrage/. 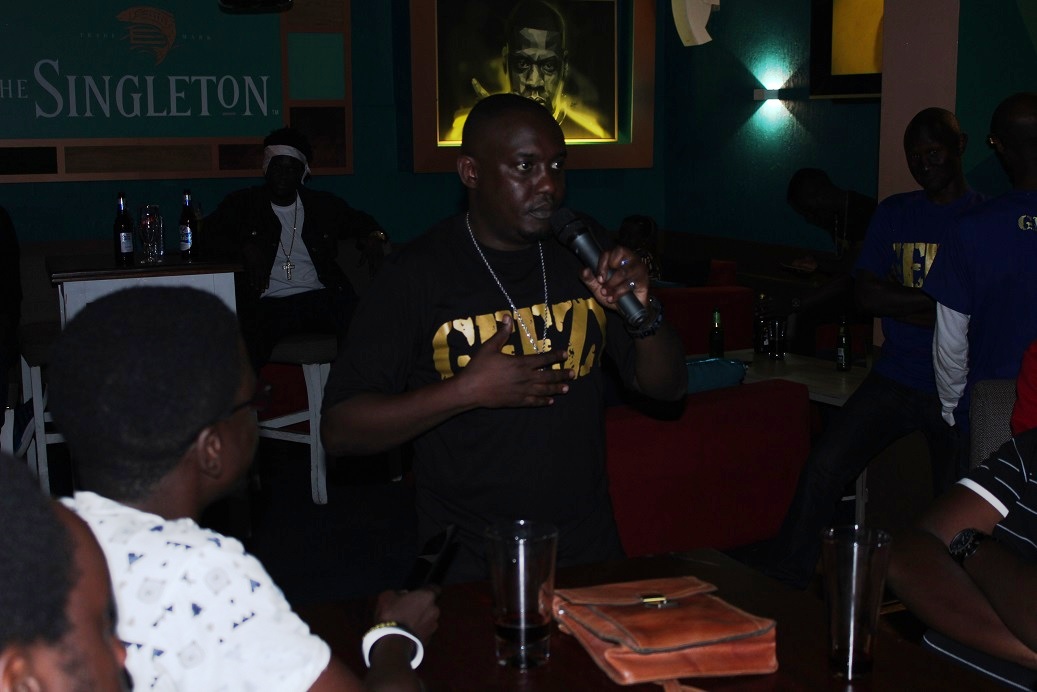 GNL Zamba, who has a new album in the works, makes a noteworthy and strong appearance on “Been Bout My Thang”, one of the album’s best ditties.

Other notable songs on the album are “Worthy” where L.G raps about his introspective reverence for God; “Wetuli”-where he showcases his tongue-twisting wordplay flow skills and “Float”- a Love song, where he gets lovey-dovey and waxes lyrical about his significant other.

On “Never Knew Pain”- an ode to his late mum, Barbara Kintu, L.G wears his heart on his sleeve-as he plaintively reminisces about her.

Strong as it, L.G’s comeback project is however not without flaws. Rustiness shows on un-inspired verses from some of his guests like Ossie Entrance and B-Money on the “Tuli Majje” song.

And while his Lyrical skill set has been raised a notch above on this album, his self-production does not always impress and fill in the gaps. The “Tuli Majje” and “Keep it lit” sound beds do not come off as sturdy enough.

At issue too, is the lack of wide-ranging subject matter. It is okay to brag and to use hyperbole when you rap. We all know, it is a part of Hip Hop, but when you have proved, through the years, that you are a dab hand at it like L.G has, it is only right, you spread your wings.

Granted songs like “Worthy” and “Never Knew Pain” showcase bars full of substance, but his scope can be and should be widened further, on his next project.

Barring those few missteps, there is no doubt that this project is respectable. It will appeal to both experienced and new millennial listeners. While it is not his magnum opus or best project, L.G still manages to show that passion for your craft and remaining true to yourself are the key ingredients to longevity.

Lyrical G-made his rap debut in 1994 and has four Pearl of Africa music award accolades to his name.
He released his first single “Ato’oba” with his former group Bataka Underground in 1999.

Together with his young brother AKay47 and friends, he later formed the group Urban Thugz (which later became Urban Life) in 2000.
He recorded his first single ‘Nothing Compares’ with Urban Life in 2001 after they won a recording deal for being the best upcoming group at the Sanyu FM music Carnival.

In mid-2002, he embarked on a solo career and has appeared on songs with Uganda's finest acts such as Juliana, Blu 3, Mesarch Semakula, Sofia Gombya, Peter Miles, Kid Fox, Sweet Kid, among others.

He released his first album "Live from East Africa" in 2004. The album spawned the hit single-“East African Party”, which catapulted him to fame. He followed up his debut with the "Narudi" album in 2006, "First and Flow Most" in 2007. Six more projects followed thereafter, the latest being-Geezy.

More in this category: « More brain than good looks-the world of the sapiosexual Uganda's male grooming industry is in the ascendant »