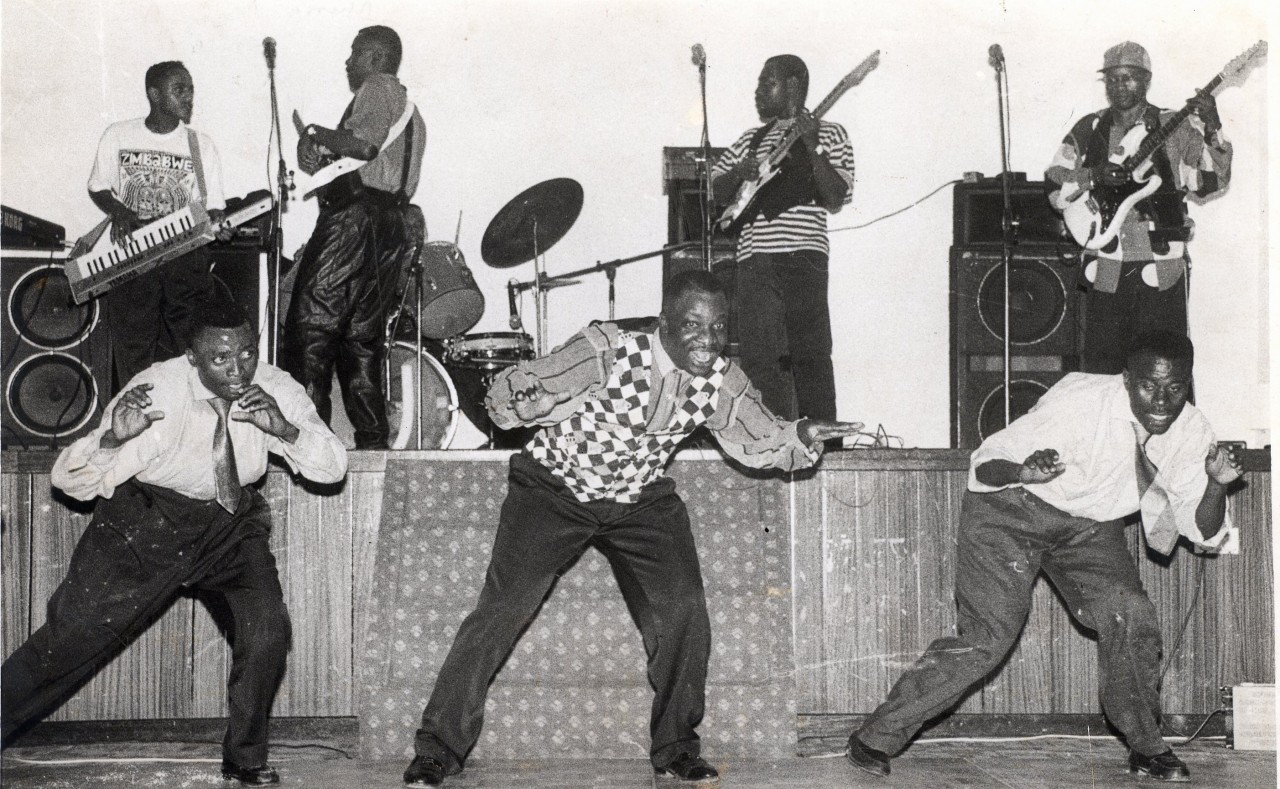 They were big musical names whose timeless music brought joy to millions.

Sadly, however as COVID-19 continued on its destructive path, it claimed their lives.

However, not all the big names in the music world who died as the world grappled with COVID-19 were casualties of the pandemic; to wit-Tony Allen [Afrobeat co-creator], Mory Kante [West African music legend]Betty Wright [RNB legend], Little Richard [father of Modern Rock N Roll], etc.

As you would expect, acolytes of the African Rhumba, Afro-Jazz, and Makossa genres, which Manu Dibango created received news of his death with shock.

Born in 1933, Dibango was among the first global music stars to die after contracting COVID-19. His representatives confirmed that he died, on Tuesday, March 24th at the age of 86 in Paris, France.
He was best known for his hit single "Soul Makossa,".

"Dibango's claim to fame was the Makossa sound. He was an exceptional saxophonist, but he was, to boot also good at piano. In the mid-'50s, he played piano on several occasions for the father of modern Congolese music-the late great Joseph Athanase Tshamala Kabasele, popularly known as Le Grand Kallé," Mbalire says.

After he died, tributes came in from several notable African musicians such as Angelique Kidjo, Koffi Olomidde, and Youssou N'Dour.

"He was the original giant of African Music," Kidjo said when speaking to the media after Dibango's demise.

On his YouTube channel, N'dour posthumously described Dibango as an exceptional man who was often the link and voice of modern African music.

"Dibango's passing was a great loss for the whole of humanity, especially for Africa and Cameroon. He made me love modern African urban music. He was a great source of inspiration and motivation."

The song "Soul Makossa" was in many ways, Dibango's magnum Opus. He filed a lawsuit against Michael Jackson in 2009 after Jackson used a sample of the song without his approbation on the Thriller album song-"Wanna be startin something"

In its destructive path as well, COVID-19 took the life of 66-year-old Aurlus Mabele-the King of Soukous on March 19th. His daughter Liza Monet confirmed in a tweet that her father had died of the coronavirus.

Born in Congo Brazzaville in the '50s, Mabele was one of the founders of the supergroup-Loketo. He is credited with taking soukous music to the world.

Mabele died a few days before Dibango in a Paris hospital and like Dibango, he had a respected musical legacy with songs such as Liste rouge, Zenab, Asta De, etc.

The other African who died due to health complications from COVID-19 was 90-year-old Somali Music icon-Ahmed Ismail Hussein. Hussein, who many referred to as Hudeydi was an internationally renowned Oud player who appealed to fans with songs such as "Ambaroodka" and "Uur Hooyo"

He died in a London hospital on the 7th of April. Hussein was born in Berbera in present-day Somaliland in 1928.
In the 1950s and 1960s during the anti-colonial period, he often got in trouble for his politically rebellious songs.

"The world of African music has been hit hard by their deaths. The good thing is musicians never die because their music, especially if it is good quality and message-driven music, keeps them alive in people's memories," Music Critic, Joseph Batte, says.

COVID-19 also cast its dark shadow over the world of Hip Hop. On the 7th of May, acclaimed British Nigerian rapper-Ben Chijioke-better known as Ty succumbed to it.

TY died on May 7th after suffering from pneumonia while in recovery, according to the crowdfunding platform "GoFundMe", which was previously created for him. He was 47.

An update on the crowdfunding platform later read "It is with much sadness that we report the passing of Ben Chijioke, better known as TY Chijioke. Close friends, family, and fans are devastated by his death," an update for the campaign read.

Born in London in 1972, Ty rose to prominence with the release of his debut album, 'The Awkward' in 2001. He followed up the record with 2003's 'Upwards'. The album was nominated for a mercury prize in 2004 and featured the groovy and up-tempo song-"Oh you want more".

Before Ty's death, Hip Hop had on the 23rd of June suffered a crushing blow with the COVID-19 related death of 35-year-old gifted wordsmith-Fred the Godson.

His publicist, Matthew Conaway, confirmed in a statement later that his passing was due to COVID-19.

Born in 1985 in the Bronx, New York, Godson had endeared himself to dedicated Hip Hop acolytes with his throaty smooth delivery on songs such-"So crazy", "Monique room", "Too fat", "Let's toast to that", NYC, etc.

He started rapping in the early 2000s and in 2011, XXL Hip Hop magazine featured him in its annual freshman class of budding Hip Hop stars.

"Fred the Godson had created enough buzz for himself with his mixtapes and collaborations with people like Jada Kiss, Raekwon the Chef of the Wu-Tang, Styles P, etc. I was bidding time for his debut album because he had grown on me with his adept wordplay and engaging delivery, to boot. It is sad he is gone," Hip Hop fan and entertainment blogger, Gladys Kituyi, says.

COVID-19 also reared its ugly head in the world of modern black Gospel music on the 27th of April with the death of 52-year-old Grammy-nominated songster Troy Sneed.
The praise and worship singer's death was confirmed by KD Bowe, his close friend.

Sneed began his music career in 1999 and endeared himself to Gospel music fans with songs such as "Kept by his grace" off his 2017 album-"Taking back" and "hallelujah" off last year's album-"All my best".

Greats lost during COVID Times but not due to COVID

While their deaths were not due to COVID-19, the passing of venerable African music legends- Nigerian-Tony Allen and Guinean-Mory Kanté meant the world of African music had more dark days to contend with as COVID-19 continued to cause apprehension.

Allen died of abdominal aortic aneurysm in Paris on 30th April aged 79 while Kanté died from chronic health problems on Friday the 22nd of May, aged 70.

Allen's manager-Eric Trosset confirmed to the NPR (National Public Radio) radio network in the United States that he had died of a heart attack.

Kanté's son Balla Kanté confirmed to the AFP news agency on the 22nd of May that his father's death was the result of untreated health problems.

Allen and Kanté helped introduce African music to world audiences in the '70s and '80s respectively.

By all accounts, Allen pioneered Afro-beat music with the late great Fela Kuti in the late '60s and mid-'70s, while Kanté helped bring West African music to the world in the '80s with his European chart-topping song-"Yeke Yeke".

Described by the BBC as the World's greatest drummer, Allen was Kuti's percussionist and the musical director of his band-Afrika 70 from 1968-1979. He began playing drums at the age of 8 influenced by American Jazz drummers like Art Blakey.

Allen's first-rate drumming skills are showcased on a string of albums he recorded including this year's "Rejoice" album with the late great South African trumpeter-Hugh Masekela.

Kanté on the other hand was a dab hand at playing the Kora. He rose to regional stardom in the '70s and had 13 albums to his name.

He ostensibly was the first African musician to sell a million copies for the aforementioned "Yeke Yeke" song. The song reached number one in Belgium, Holland, Finland, and Spain.

After some time spent living in Europe, Kante returned home to his native Guinea in the 2000s to become a force for economic development and an inspirational voice for a new generation of Africans.

His wise counsel is rooted in years of travel and service as an advocate for human progress—supporting UN Food and Agriculture Organization initiatives (most recently, the 1 Billion Hungry campaign), UNESCO and other programs aimed at aiding refugees, saving threatened forests, and seeking to end the practice of female genital mutilation.

The world of music also lost Little Richard, the flamboyant father of modern Rock N Roll on May 9th.

Born in 1932, The 87-year-old raspy-voiced singer's music struck a huge chord with both white and black audiences in the United States in the mid 50's and the '60s.

Richard's volcanic screams on his breakout single-"Tutti Frutti" endeared him to many music fans across the globe. He died of bone cancer at his home in Tullahoma in Tennessee.

His agent confirmed that the singer died from bone cancer.

In 1986, Little Richard was one of the 10 original inductees into the Rock and Roll Hall of Fame. He was a recipient of a Lifetime Achievement Award from the National Academy of Recording Arts and Sciences in 1993, and a year later the Rhythm & Blues Foundation honored him with its prestigious Pioneer Award.

Michele Obama was one of many high-profile people who paid tribute after Richard's passing.

A day after Richard's demise, the world of R&B also suffered a huge loss with the cancer-related death of 66-year-old Grammy-winning R&B Icon -Betty Wright.

Her family confirmed to several media outlets in the U.S that she had died of cancer at her home in Miami.

Wright known for her seamless whistle register notes won the Best R&B Song Grammy Award for "Where Is the Love" at the 18th Annual Grammy Awards in 1976.

In the '70s for good measure, Wright's rhythmic orgasmic voice gave RNB a mainstream acceptance with songs such as "Clean Up Woman," "Tonight Is the Night," "Dance With Me" and 1988's "No Pain, No Gain". The songs hugely endeared her to many R&B fans across the globe.

Over the course of her career, she recorded and released over 20 albums. In 2008, she was nominated for six Grammys, including an Album of the Year nod for her contribution to Lil Wayne's Tha Carter III. 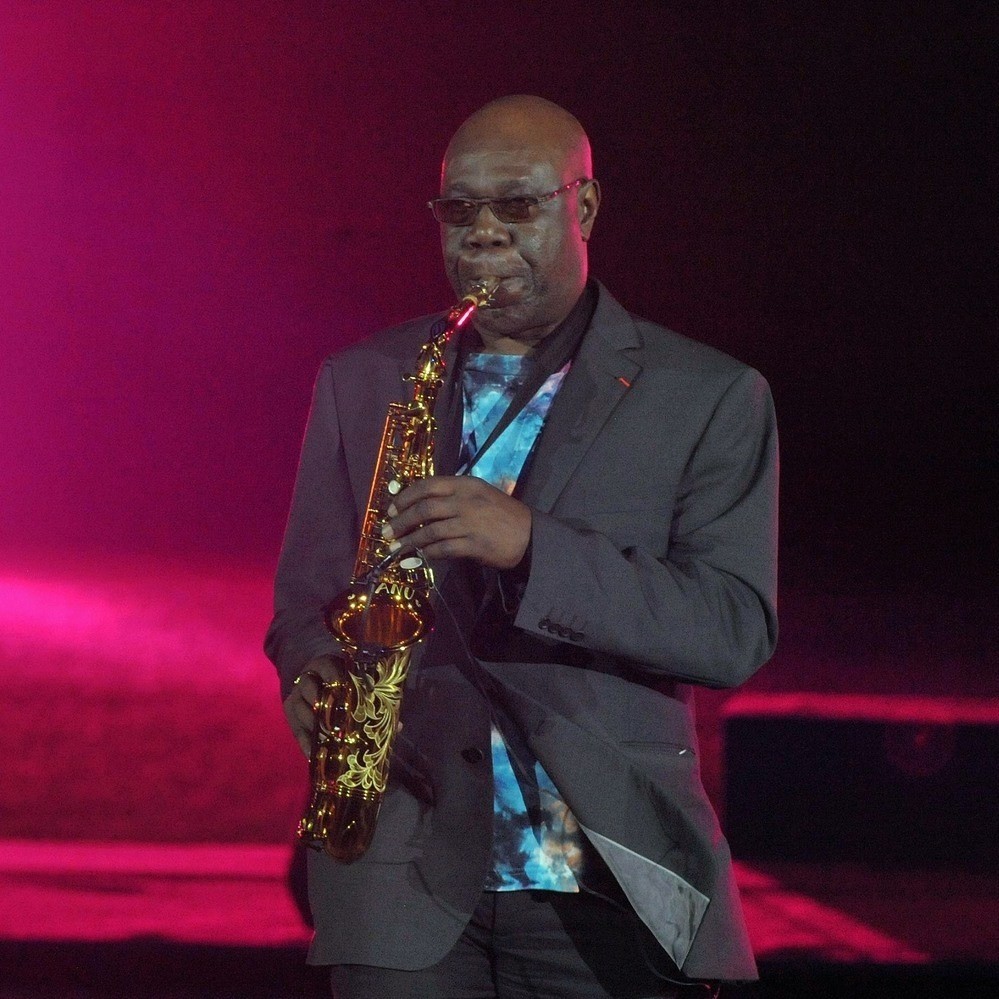 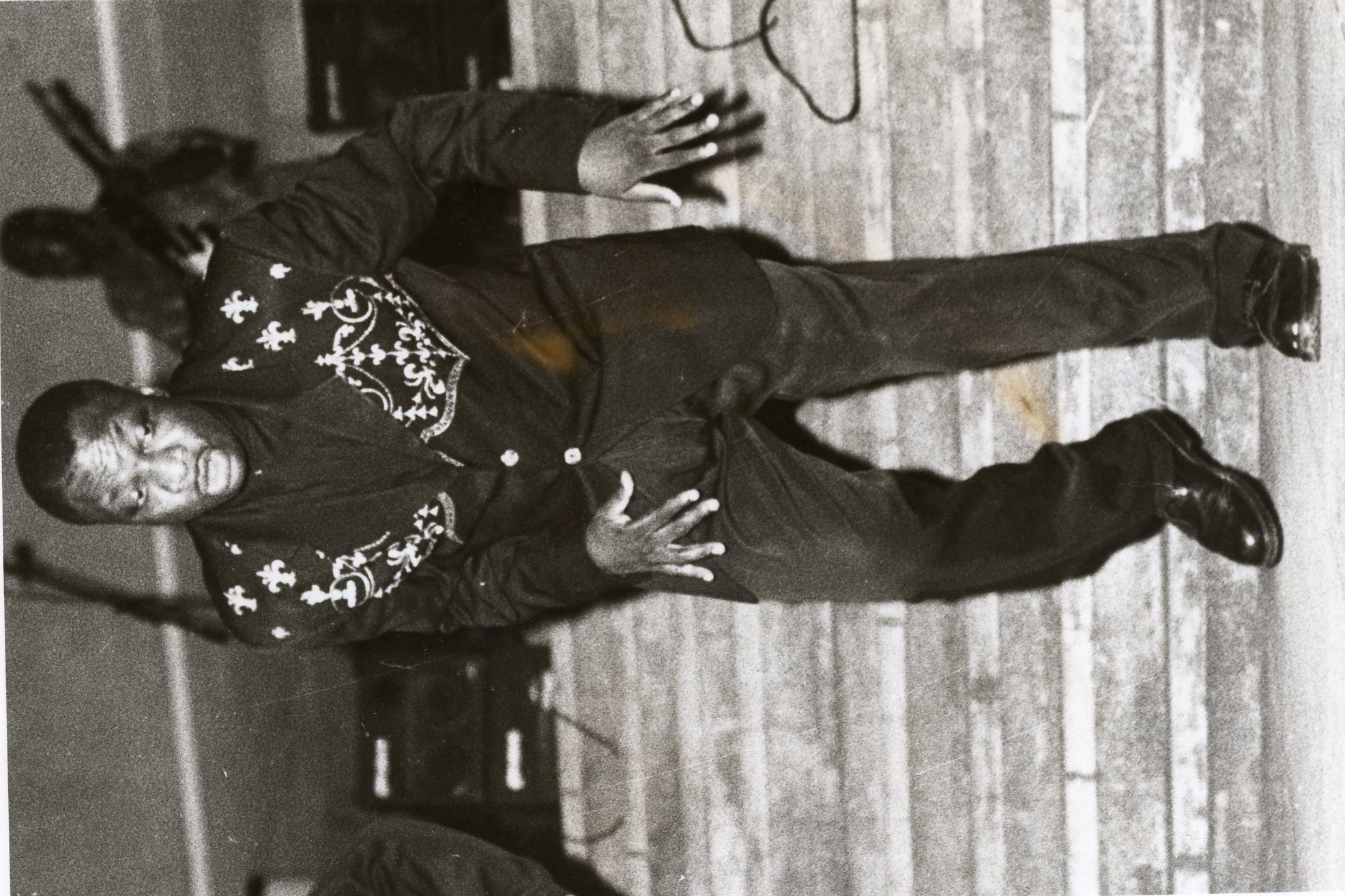