Quackery in Uganda's health sector-putting the lives of unsuspecting citizens at risk.

Who really administers people with fake hepatitis B vaccines and gets away with it, scot free?

Could the people found in possession of falsified hepatitis B vaccines from 8 health facilities in four districts by the health ministry’s post marketing surveillance team, last year and those currently selling body parts from Mulago hospital [Uganda’s main National Regional Hospital] possibly be real doctors- who have predisposed to unscrupulous behaviour or quacks disguised as doctors?

In recent years, many quack health care providers have brazenly taken mean advantage of the country’s weak health supervisory and regulatory laws, to set up shop in many villages and urban areas, across the country.

Numerous efforts by Health Ministry officials and the country’s Allied Health Professionals Council to rein in on them have bore little fruit and as a consequence, many innocent Ugandans continue to fall victim to their fake diagnosis and prescriptions.

While, to date, there are no reliable estimates on the numbers of quack medical personnel in Uganda and the extent of their services, it is an undeniable fact that weak health regulatory mechanisms have enabled their rise.

The issue of quack medical personnel is a harsh reality, which Winne Byanyima, the Executive Director of OXFAM international-alluded to in a commentary piece, she wrote, as the Ugandan government planned to import Cuban doctors, last year.

In 2017, a rapid assessment of District Health Supervisory Authorities by the Health Ministry brought to light evidence of widespread quackery in the health sector.

Little has been done, since then, however, to address the problem.

In the village of Nsotoka in Kayunga district, for instance, quack medical practice has reared its ugly head, several times.

The quack doctor has since disappeared from the village after Nabisere reported him to the Police after her ordeal.

Nabisere, a mother of two had gone to seek treatment for her malaria stricken daughter.

“I went to seek therapeutics from him for my sick daughter. I could not tell whether he was genuine or not. All I know is that, his clinic was accessible and many people in the village invariably sought his services,” Nabisere recounts.

The anticlimax came when Nabisere discovered he had been giving her wrong medicines to treat her daughter.

“My daughter’s condition did not improve, so I sought help elsewhere. I went to a clinic in Mukono and I asked the doctor about the mixture of pills medications, I had been using. I showed him some of the medicines and he was aghast,” she says.

Experts from the Allied Health Professionals Council, a body mandated by the Ugandan government to regulate, supervise and control allied health professionals and to supervise their registration and licensing, acknowledge that the incidence of quacks is a major headache for the country’s health care system.

“Quack medical personnel prey on the poor and ignorant. They put the lives of unsuspecting Ugandans at risk. Nobody wants to see a scenario where Ugandans are suffering irreparable physical and internal deformities or are having their ailments exacerbated by wrong medications and ill prescribed therapeutics,” Doctor Fred Nyankori, the deputy Registrar of the Uganda Medical and Dental Practitioners Councils opines. 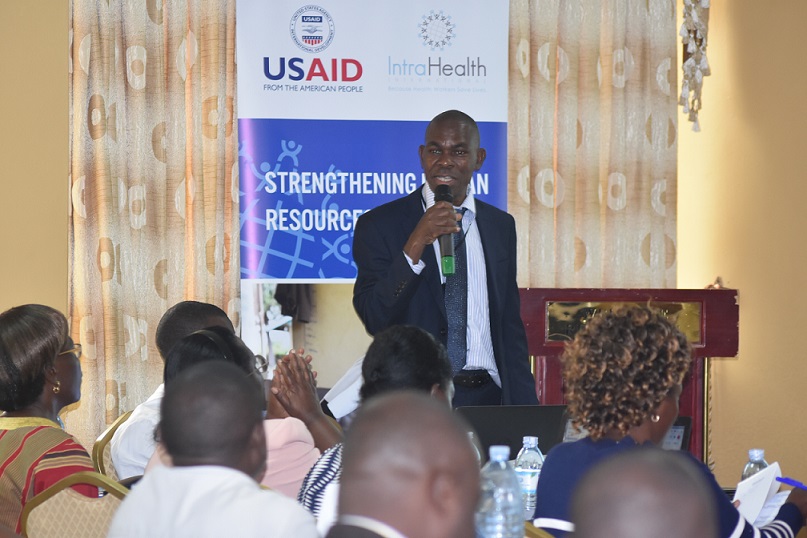 Why quack medical practice is rife

Several health experts are quick to point out that quackery in the health sector thrives on account of the scarcity of qualified doctors.

“A shortage of health human resources in rural areas and laxity on the part of the district health inspectors leaves most rural areas open to medical fraudsters. There is no sector free from quacks but their pervasiveness in the health sector is worrying,” Nyankori says.

“In some areas around the country, communities have been complicit in shielding quacks especially when personnel from the District Health Supervisory Authority seek to question and apprehend them. The quacks see these gaps and take advantage.”

Besides a shortage in the numbers and skills mix of human resources for health, there is also the problem of poor attitude on the part of the existing health workforce.

“The poor attitude is drawn forth by perceived unattractive remuneration, insufficient training capacity; whilst some medical personnel are indisposed to transfers. These challenges unfortunately present an opportunity for unqualified, unregistered and unregulated personnel to exploit,” David Ssekaboga, the Wakiso district health Inspector, says.

Patrick Mpiima the Registrar of the Allied Health Professionals Council says for the problem to be tackled in earnest, there will have to be a concerted effort.

“There is a need for a combined effort to rid the country’s healthcare system of frauds. The combined efforts should involve the Police, the district administrations, drug inspectors and communities. There are a big number of fake and unqualified people freely issuing medications and treating people, especially in the rural areas,” Mpiima says. 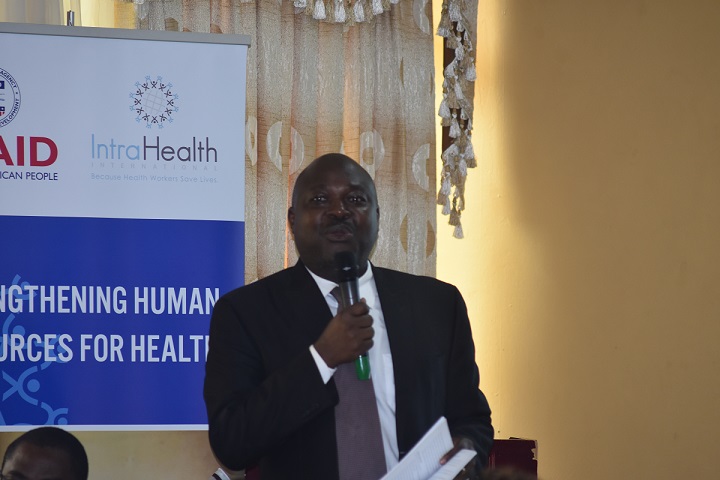 “People who pretend to practice medicine, but have no training, qualifications and registration from appropriate councils and authorities like the Health Professional Councils and the Pharmacy board should be outlawed. Anyone operating a clinic or a drug shop should be licensed by a professional body.”

Will the recently issued guidelines for Health Supervisory Authorities impact?

Doctor Katumba Ssentongo, the Registrar of the Uganda Medical and Dental Professionals Council says the guidelines issued by the health Ministry will come in handy in ensuring proper regulation of health practices in the country. 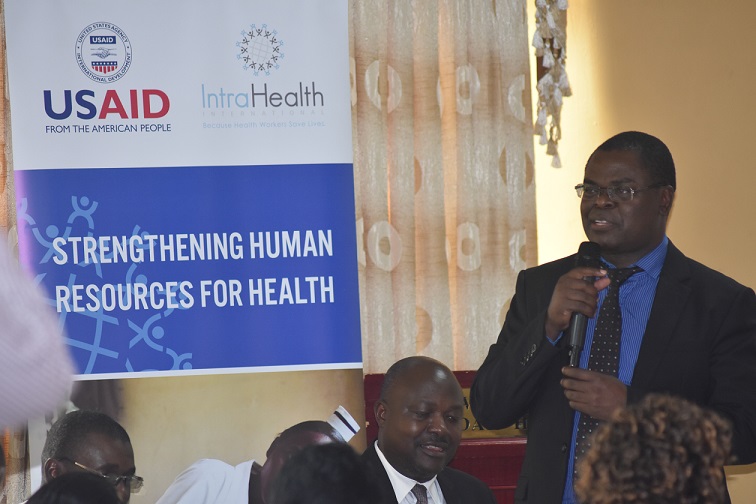 “The guidelines launched recently, outlaw any illegal medical practice. Local governments will have to step up efforts to ensure that no unauthorized drug shops or clinics operate in their jurisdictions without registration and without a license,” Ssentongo says.

“That is because there has been some laxity on their part, yet the local government Act 2001 gives them authority to manage health services in their districts. Henceforth, all local governments will be required to make a database enumerating all clinics and drug shops registered within their areas.”

In the Health Development Plan (2015-2020) Uganda’s health sector commits to ensuring provision of high quality health care for all its citizens.
Experts say if the above is to be attained; the sector must put into execution an effective supervisory and regulatory mechanism.

“Regulation of health practice and professionals is the mandate of health professional councils and the Pharmacy Board. Enforcement constraints and other challenges have however played havoc with their work and as a consequence, quack medical personnel continue to thrive. Our expectations are that these new guidelines will bring change to bear,” Ssentongo says.

Nayebare says for the quackery problem to be dispensed with, weaknesses within the District Health Supervisory Authorities will have to be addressed.

“A lack of integrity is stifling the District Health Supervisory Authorities.
How do unqualified people who on many occasions have the nerve to advertise their services operate without the knowledge of the authorities?” Nayebare asks.

“The apathy aiding this problem and the glaring other weak points especially those to do with integrity will need to be addressed. With the guidelines, our expectations are that there will now be regular and consistent crackdown on illegal drug shops and clinics run by unqualified people across the country.”

Doctor Susan Wandera, the deputy chief of party at IntraHealth Uganda; the entity that developed the guidelines and that has collaborated with the Ugandan government in training health workers, says the guidelines will strengthen health regulatory mechanisms at the national, regional, district and lower levels. 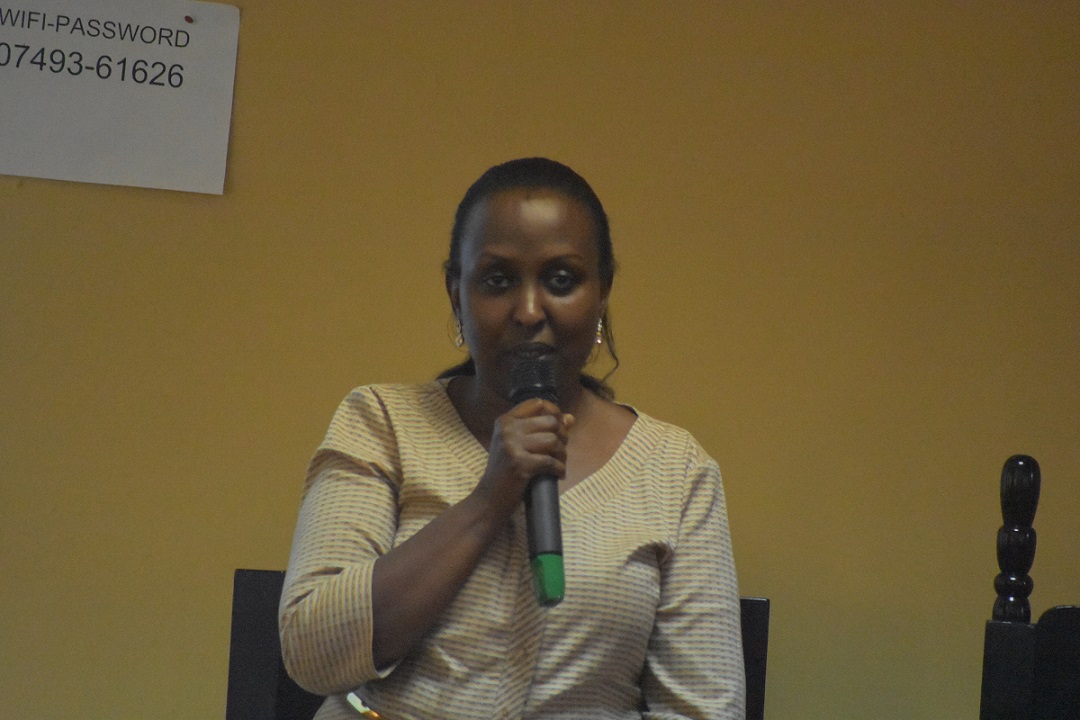 “The expectation is that the health regulations, principally those dealing with quack medical personnel will bear down. Registration and licensing of drug shops and clinics around the country is still low and that calls for action. In general, the public needs to be educated more about the dangers of seeking treatment from unqualified practitioners. The government should also disseminate helpful health information in various local languages to help people steer clear of unqualified health practitioners,” Wandera says.

Ssentongo says sustained enlightenment will be key in both rural and urban areas to enable health seekers know what to look out for whilst making up their minds on where to go for diagnosis or to undergo treatment.

In 2011, the government through the Uganda Medical and Dental Practitioners Councils introduced a web based system for registering all medical officers and dentists in the country.

The system developed by IntraHealth was supposed to make it possible to find out which clinics and drug shops are registered and approved, who owns them, where the clinics are located, and what services they offer.

Needless to say, the system was intended to weed out pseudo health practitioners.

Plans for the future

Government plans to set up the National Health Professionals Regulatory Authority; to improve the regulation of health professionals and their practices.

According to the Uganda Medical and Dental Professionals Council, there are over 5223 registered doctors in Uganda.

The penalty for falsely presenting oneself as a doctor in the Uganda Penal Code is seven years in jail.