Nearly 17 years ago, the Ugandan education ministry closed half of the country’s national teachers colleges (NTCs) on the basis that demand for Grade 5 Diploma teachers had dropped.

However, the Government recently launched a sh96b reconstruction project

Masaabachronicle analyses the reasons behind this change of heart.

It is rare to find a Ugandan secondary school of repute, these days advertising teaching positions for diploma holders.

Almost two decades ago, the Government realised the dwindling demand for diploma-holder (Grade 5) teachers and scaled

down the number of national teachers’ training colleges (NTCs) by half.

However, through a €23m grant from the Belgian government, the Ugandan education ministry has embarked on an ambitious programme to rehabilitate the five remaining NTCs-Mubende in central region, Kaliro in the east, Unyama in the north, Kabale in the west and Muni in West Nile.

The project, which is being jointly executed by the aforementioned ministry and Enabel, the Belgian development agency, will see infrastructural improvement and expansion works in the five colleges over the next 18 months. 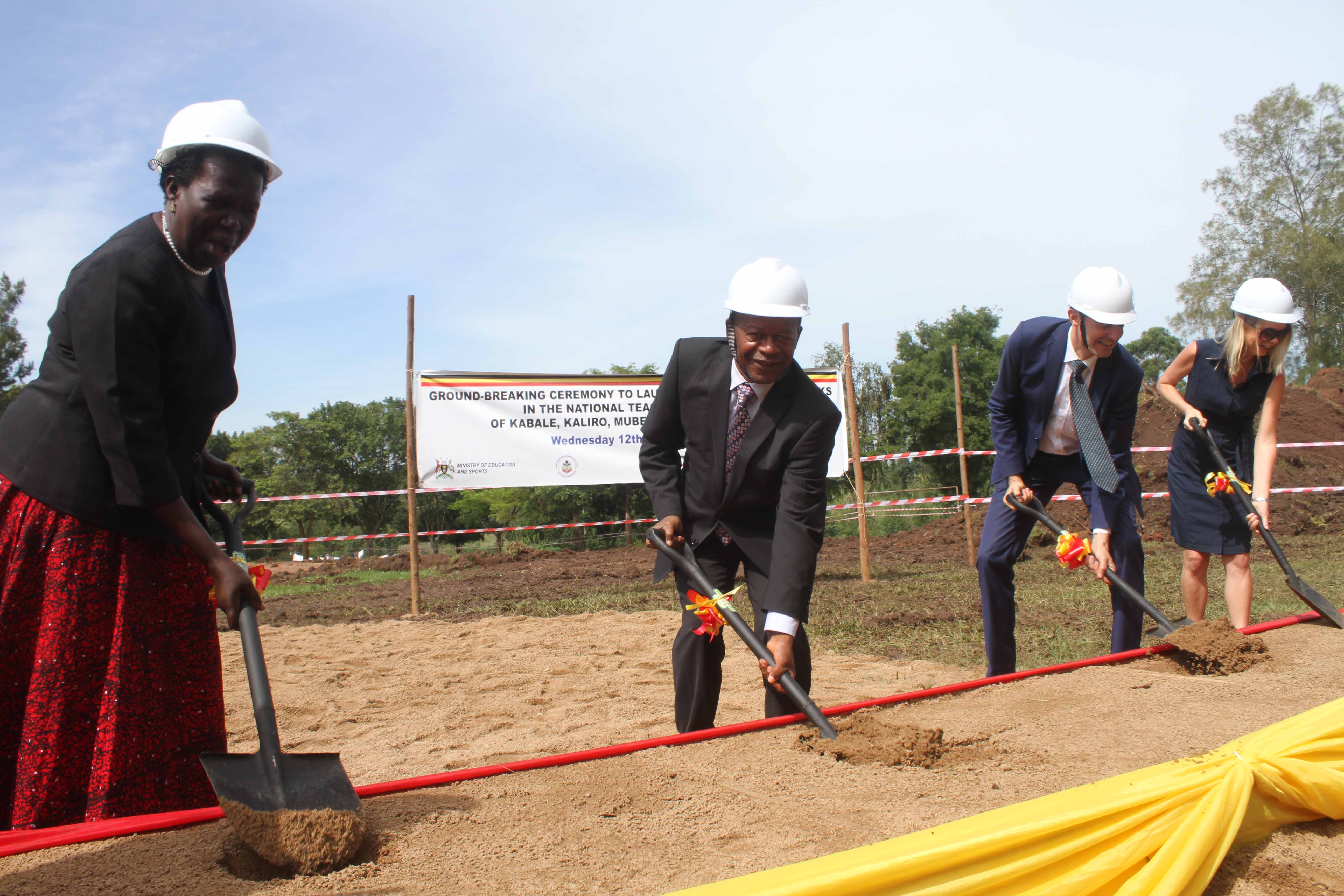 Kibedi Nkuutu, the Coordinator of the Teacher Training Education project at the Education ministry says tells Masaabachronicle that under the project, each of these NTCs will have their classroom blocks and halls of residence rehabilitated.

New structures will also be built. The Government is already working with the Belgium government to improve the training of secondary school teachers in the five NTCs.

“The project focuses on how to make teacher training better than it has been. Under the project, there will be improved ICT and library facilities and increased human resource capacity building,” Nkuutu tells Masaabachronicle.

Are the NTCs worth the investment?

Several experts have however expressed cautious optimism about the future prospects of the revamped colleges, given the earlier government move to slice the number of NTC’s from ten to five, citing low demand for NTC teachers

Reuben Wanasolo, an education consultant and researcher, argues that the Government will likely have its work cut, in terms of staffing at the refurbished NTCs.

“It is one thing to have shining structures and another to have enough tutors to teach the teachers who enroll. There was a challenge in the early 2000s when tutors deserted their work because they were paid poorly. It was and still is one of the challenges causing understaffing at most of the NTCs,” Wanasolo argues.

In many respects, the million dollar question remains- “Will the billions spent on revamping the NTCs really guarantee that the teachers who graduate from them will be absorbed into the teaching service?

“I am skeptical,” Wanasolo says.

“The funding gaps that have long hindered the recruitment of well-trained teachers will have to be discussed first.
If that is not done, majority of the teachers who will graduate from the NTCs will face the same predicament as all their colleagues who qualified earlier,” he adds.

Nkuutu, however defends the government move to revamp the NTC’s.

Dr Jane Egau Okou, the commissioner teacher/instructor of education and training at the education ministry, says the project will stand Uganda in good stead in terms of strengthening the professional competencies of its teacher trainers and teachers.

“Training at the revamped facilities will be improved, meaning the country will have a steady supply of good qualified teachers, who will deliver the curriculum more effectively. The upshot of that will be learners receiving worthwhile and meaningful education,” Okou tells Masaabachronicle.

Speaking at the recent breaking of the ground ceremony for the rehabilitation and construction works at Mubende NTC, John Chrysostom Muyingo, the state minister for higher education, said the revamped NTCs will have the ability to produce proficient secondary school teachers for the future.

“The teachers from the revamped NTC’s will promote quality education and ultimately improve on instructive service delivery across the country. This project will give Uganda mileage in its quest to achieve the 4th sustainable development goal of providing quality education by 2030. It also ties in well with government efforts to improve the Post Primary Education and Training project (UPPET),” Muyingo said.

Reality on the ground

Despite some progress, Uganda still faces a significant challenge of teacher shortage in its secondary schools despite the increased uptake in teacher training courses at both universities and NTCs.

Although the number of secondary school teachers on government payroll stands at 14,000, the shortage is as high as 19,000.

The Government is, however, in the process of recruiting another 3,000 arts, science and BTVET teachers.

UNESCO, the United Nations specialized agency for Education, says Sub -Saharan Africa, which presently only accounts for two thirds of the new teachers needed by 2030, will need a total of 17 million primary and secondary school teachers.

The agency has designated Uganda as one of the many countries that will need more trained teachers by 2030 because of its growing secondary school age population.

Based on current population estimates, the total population in Ugandan secondary schools could double from the current 10 million to 20 million by 2025.

It is harsh realities in the teacher quality and gaps that laid the ground work for the four-year project for the improvement of the teacher and instructor training project.

In hypothetical terms, the refurbished NTCs will not only increase Uganda’s trained teaching manpower vis-à-vis government plans to set up secondary schools in every sub-county and parish around the country, but will also offer better training facilities.

The trained teacher gap has in the past been made worse by funding gaps that have hindered development and retention of teachers.

According to the education ministry statistics, the student-to-teacher ratio presently stands at 21:1.

By all accounts, however, the ideal ratio is 15:1.

The teacher training project targets 7,235 teachers and students in the five NTCs across the country.

Hugo Verbist, the Belgium ambassador to Uganda, during the launch said the project would help Uganda in its quest to improve its education human resource before 2030.

“One of the critical barriers to the growth of Uganda’s education sector has been the lack of quality trained teachers. To improve the learning outcomes of Ugandan learners and to ensure Uganda achieves sustainable development goal 4, these kinds of facilities will serve a useful purpose. The Belgium government remains committed to supporting the Ugandan government to that end,” Verbist said.

According to education ministry statistics, Uganda has 300 teachers in the five NTCs.

Okou says emphasis for the future will not be on the numbers of teachers the Colleges spawn, but on the quality of education the teachers who graduate from the revamped NTCs will provide to learners.

“Teacher quality will be the focus vis-à-vis achieving Sustainable Development Goal 4. There are credible international studies that have shown that teachers taught in adverse environments do not teach well. It is the reason the ministry, in partnership with Enabel, is laying great store on the NTCs’ rehabilitation and construction.”

Thus far, 4,445 prospective teachers, principally those pursuing diplomas in secondary education and 263 teachers in the five NTCs have benefitted from the TTC project.

UNESCO, the United Nations specialized agency for Education, says Sub Saharan Africa, which at present only accounts for two thirds of the new teachers needed by 2030, will need a total of 17 million primary and secondary teachers.

The agency has designated Uganda as one of many countries that will need more trained teachers by 2030 because of its growing secondary school age population.

Based on current population estimates, the total population in Ugandan secondary schools could double from the current 10 million to 20 million by 2025.

Teaching training in Uganda is overseen by Kyambogo University and the Ministry of Education and Sports teacher instructor education and training department (TIET).

Kyambogo University handles the University training of teachers, whilst the TIET oversees the teacher and tutor training institutions which include the PTE or the Pre primary education.
The PTE involves training of early childhood development and Primary school teachers.

The Tutor and instructor Education division is responsible for training of teaching personnel for BTVET institutions.