Gender parity in Education, How far Uganda has come. 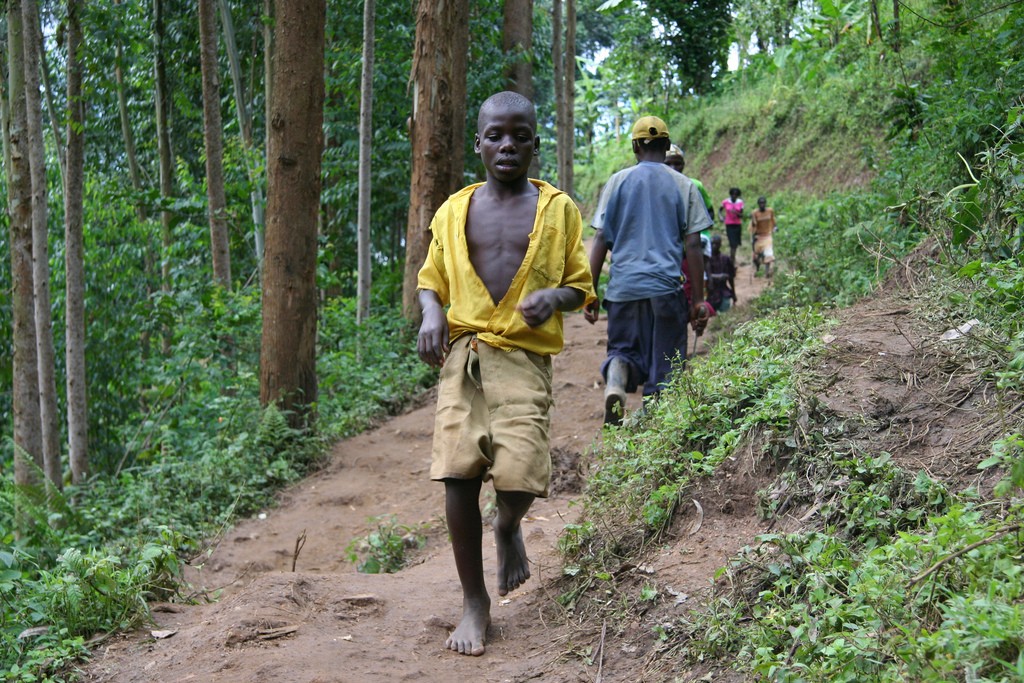 Over the past two and a half decades, Uganda has made remarkable inroads in promoting gender parity in its education system.The parity was achieved in 2009 [50% boys and 50% girls enrolled].

Education policy analysts however argue that there has been a disproportionate trajectory to the index in recent years as more girls have enrolled, survived and finished school than boys.

The status quo now is that the girl child enjoys better education attainment outcomes than the boy child.

To that end, experts argue that more efforts should go into supporting measures aimed at engendering higher education enrolment, retention and attainment for the boy child.

Recent statistics from the Ministry of Education and Sports showed that 44.2% of learners who had left school before sitting their PLE exams were boys.

Reuben Wanasolo, an education consultant and researcher, told Masaabachronicle that there is still a lot of leeway to be made up to improve the education attainment of the boy child.

"At present, there are generally fewer regions in the country where more boys attend school than girls. In regions such as Karamoja, Lango, Toro and Bugisu and in some sections of Teso, there are still enrolment gender gaps. Boys lower education attainment in these regions is linked to lower socio-economic factors such as poverty and regressive cultures,” Wanasolo said.

“There is a need for a national policy or strategy that tackles barriers to boy’s attainment. Because of amongst other factors; the unequal quality of education, lack of interest, lack of mentors, poor academic performance and compelled obligations to work, young boys in many parts of the country, drop out of school.”

Scholars writing in the 2018 UNESCO Global education monitoring report note that addressing boys disadvantage in education is transformative in promoting gender equality, reducing violence and protecting youth from risk factors that could distort their futures.

“Improving male educational outcomes will not only promote equal gender relations within households; it will  demystify the notion that the government is practicing reverse discrimination by only fronting the girl child education agenda,” notes Wilfred Onoria, an education consultant.

That, notwithstanding; the inroads made in girl’s school enrolment, retention and completion, through the years, have put Uganda on the right lane as the country sets its sights on  achieving the universal completion of secondary education by 2030. 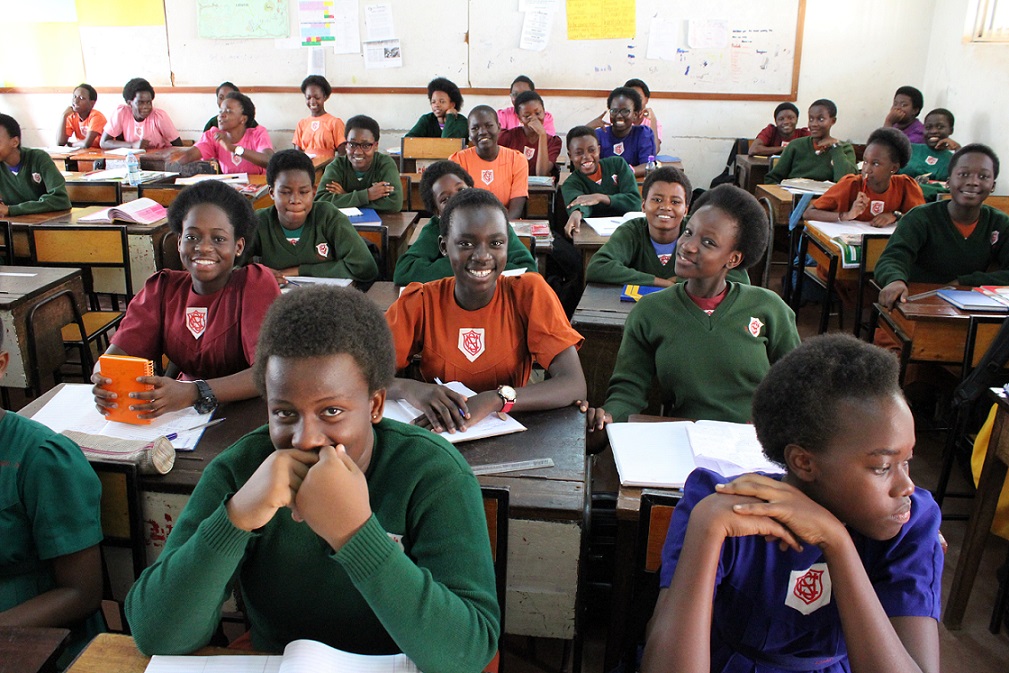 In 2016, the female enrolment percentage at pre-primary stood at 13.24%, contrasted to a 12.74% for boys, according to a UNESCO Sustainable goal on Education and Literacy report.
The report shows that between 2012-2016, the gross enrolment ratio of girls into Ugandan schools shot up.

In the preceding year, the gross enrolment ratio for females at primary level stood at 99.02, contrasted to 97.02 for boys.

According to projections from the Education Policy and Data Center [an international resource for global education data, analysis and custom research], Uganda would by 2018 have a primary school girl’s intake rate of 136%.
The center also reckons that by 2018 the country’s primary completion rate for females would stand at 53%.

The percentage of girls enrolling for O’level in PEAS stood at 57%, compared to 43 and 49% in private and public schools respectively.
[The Promoting Equality in African Schools [PEAS] program runs affordable and quality secondary schools in Malawi and Uganda].

Policies that have enabled the inroads

Experts acknowledge that most of the in-roads have been down to gender responsive policies, the Ministry of Education and Sports has marshaled and enforced through the years such as the National Strategy for Girls education [developed 15 years ago] and the Gender in Education Policy.

The Strategy for Girls education; which in the years, following 2004 was revised, essentially laid out approaches to achieving the goal of narrowing the gender gap in education particularly through promoting girls’ education, as a form of affirmative action.
It was developed in line with the Government White Paper on Education 1992, the 1995 Constitution and the Education Sector Investment Plan of 1997-2003.

The Gender in Education policy on the other hand was drawn up in line with the Ugandan constitution Articles 30, 33, 34 and 35.
The Articles enshrine the rights of women, children and persons with disabilities; in particular the right to education [Article 20].

“Gender equality in or through education is central to Uganda’s interests especially as the country strives to meet its 2030 Agenda for sustainable development or Sustainable Development Goals targets, specifically goal 4,” Doreen Ankunda, the District Education Officer, Lwengo district says.

“By 2030, Uganda has to ensure that all boys and girls complete free equitable and quality primary and secondary education.
As regards that, Uganda is on the right path. With the learning inequalities in the various regions of the country however, it is hard to see how Uganda will ensure that all its learners acquire basic skills like mathematics, writing and reading as one of the routes to prepare them for further learning,” Onoria says.

Sustainable Development goal 4 recognizes gender equality as a guiding principle linked to the realization of the right to education.
It also clearly states that girls and boys, women and men must be equally empowered in and through education.

“Since the introduction of UPE 20 years ago and Universal Secondary Education, 12 years ago, the gender composition, specifically the numbers of girl learners enrolling in schools has gone up across all levels,” Rosette Nanyanzi, a Research Officer in the Gender Unit at the Directorate of Basic and Secondary Education at the Ministry of Education and Sports, says.

“It does obviously speak to the success of government initiatives, premised on making education more gender sensitive and tackling the obstacles women faced in the past in accessing education.”

“For a country where 45% of girls aged 20-24 years are married off before the age of 18, the strides made are encouraging. The ministry of Education and Sports however has its work cut if it is to improve other outcomes such as girl retention, literacy and performance in the poor areas of the country,” Onoria says.

In the rural North and some parts of the East, for example, the education of the girl child is still largely hindered by negative community norms.

Child marriage is an impediment to girl child education.

School enrolment in those areas has not always guaranteed completion as young disadvantaged girls are invariably married off early by their parents.

Many girls in the rural areas as well are at a risk of sexual assaults and rape when they walk long distances to school.

“The trigger is invariably poverty. If girls are to complete education in those areas, specifically the North, backward cultural norms principally those that have seen many young girls get married off under duress must be broken. There should be more sensitization against child marriages in communities where the practice is rife. There should also be tough legal sanctions against proponents of child marriage,” Wanasolo says.

Nanyanzi reveals that the Ministry has come up with interventionist programmes that seek to reintegrate teenage mothers into school.

“There is a review of the gender in education polices to integrate the re-entry of child mothers back into school. Teenage pregnancies are some of the reasons, we have high dropout rates. Besides that, there are programs running focused on encouraging more female learners into BTVET [Business, Technical and Vocational Education and Training] institutions where there are still gender disparities.”

There are also on-going programs seeking to end violence against girls and to manage menstruation. In Karamoja currently, there is a program mentoring young primary learners in Karamoja on science and mathematics.”

Researchers agree that the other key variable keeping rural young girls from transitioning to secondary school or keeping in school are high fees.

“The high cost of schooling means that most poor rural households with both girls and boys face problems in keeping their children in school.
UPE and USE schemes do not cover all the education costs of learners,”

Scholars Pauline Rose and Benjamin Alcott in a 2015 report entitled “How can education systems become equitable by 2030” noted that only 15% of girls from poor households achieve learning basics compared to 19% of boys from rural households.

The scholars wrote that learning levels are low among children from poor households.

“Young men in low income settings are getting wasted in unimaginable ways. They need good role models and those good models are not easy to comeby. Those areas are replete with men who dropped out of school eking out a living engaging in illicit activity, mugs games and on occasion doing odd jobs. Being a product of such an environment means you are most likely to follow suit,” Nansubuga says.

Kunikina Moses, head teacher of Dream Africa school, Jinja says whilst there has been progress in reducing gender parity in education, in recent years, the education attainment scale has tipped more in the direction of girls.

“In Masaba land where I come from, young men drop out of school at leisure. Year in, year out, the ratio of girls to boy’s enrollment in school gets disproportionately wider but the issue never gets addressed. More girls are enrolling as boys drop out to supposedly establish homes after Imbalu [traditional circumcision] and to do odd jobs. Young boys are told after Imbalu to establish homes. Such practices have to be brought to a halt,” Kunikina says.

Kunikina adds that besides training traditional Imbalu surgeons in sterilizing their knives, the Mbale district Health officials should also prevail upon them to encourage the young men they circumcise to stay in school.

Fred Omagor, a father of 3 in Soroti says disciplinary practices like banning class entry, suspension and expulsions for simple offenses like arriving late have a negative impact on the motivation of boys attend and complete school.

“Eventually they end up attending school only sporadically and in due course, they leave permanently.”

Onoria says the onus is on the government to stop the easy entry of young men into the odd job labour market should be stopped.

“There are a lot of young men unwisely dropping out of school and taking on odd jobs in Kampala and other urban areas. Most of these young men could be a huge resource for the country but they are being let to dissipate their energies in unrewarding ventures. Tough measures must be put in place by the government to halt the trend.”

“The onus is on the government to target its efforts on improving communication with parents in low income areas of the country. Engaging communities, parents and encouraging them to send and keep their children in school by providing stipends to offset direct school costs, such as uniforms and books can be a worthwhile measure that can bring about sustainable change. It has worked in countries like Nicaragua, Jamaica, Malawi and a select other African countries,” Nansubuga says.

On top of that, the government can look at lowering the cost of schooling in low income areas.
In the course of time, it can improve enrollment and attainment rates, because high costs of education are part of the reason, boys drop out of school.