Who cast a spell on schools in the East of Uganda 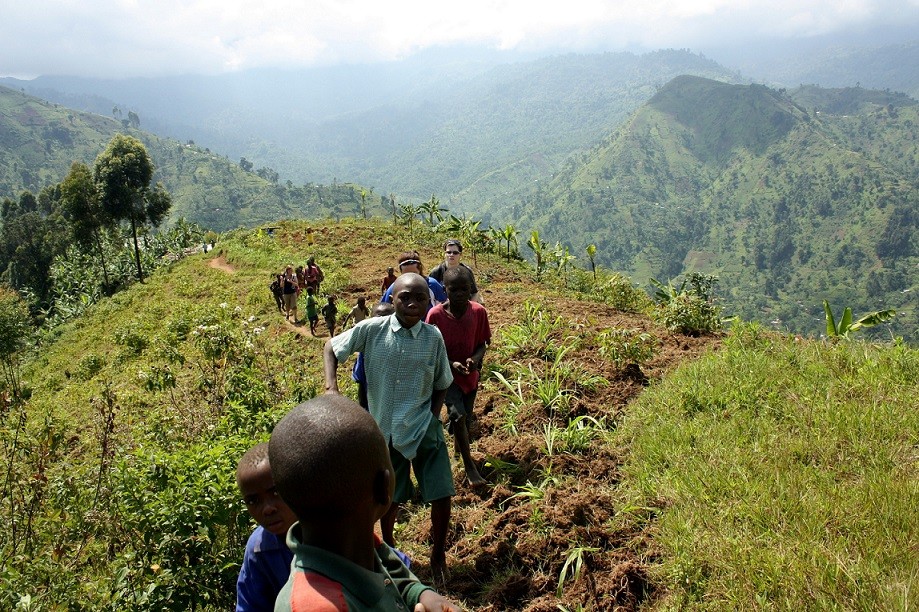 The sad reaction to the news that he had scored aggregate 29 in last year's Primary Leaving Examinations (PLE) said it all. Robert Wangota, 13 was distraught. 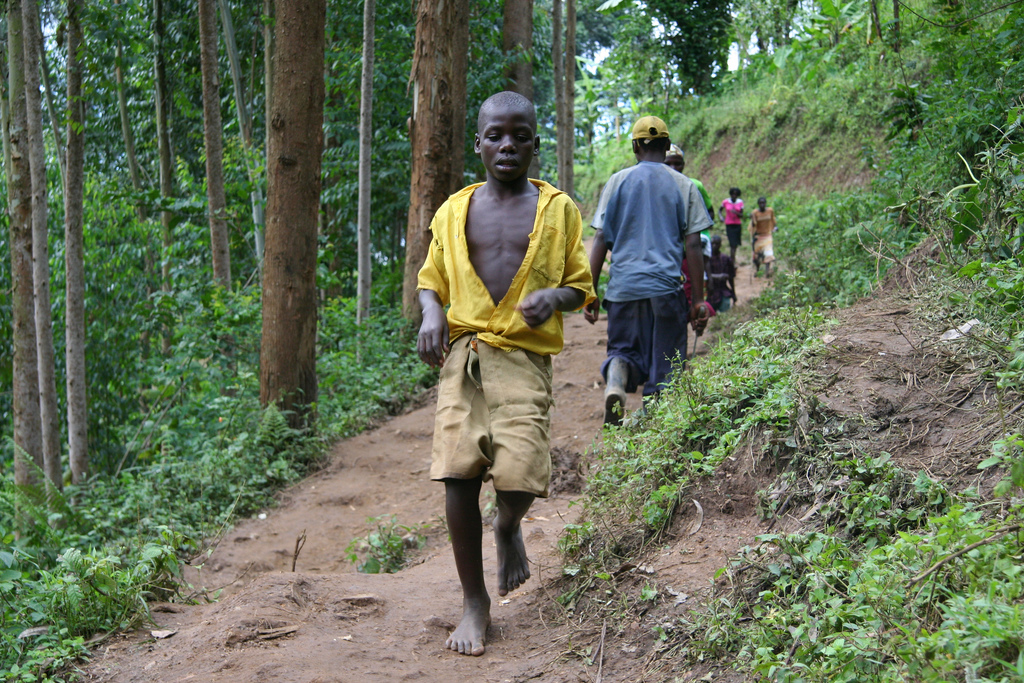 “I let myself and my parents down. I had expected to perform well and my parents had high hopes in me,” Wangota, who hails from Bubetsye village in Nyondo sub-county, Mbale district in Eastern Uganda, said plaintively.

Wangota had expected better grades having scored aggregate 11 in the mock examinations. He sat his exams at Nyondo Primary School.

Wangota was however not the only pupil from the Eastern region of Uganda who underperformed.

Thousands of pupils from the districts of Mbale and Bududa performed poorly in last year’s Primary Leaving Examinations, which were released in January.

The two districts, according to statistics from the education ministry, were among the worst-performing in the 2017 Primary Leaving Examinations. Mbale was in the 114th position, while Bududa was 107th in the country’s ranking of districts in the PLE performance.

According to statistics from the Uganda National Examinations Board (UNEB), the two were among the 10 worst performing districts
from the eastern region. Districts including Bududa, Budaka, Kamuli and Mbale registered high failure rates, close to 40% of their candidates passing in division four and having their candidates completely failing.

This prompted education minister Janet Museveni to make a pledge to visit the areas to forge a way of improving performance.

Her office says this is still in her plans. At the time of the release of results, she explained that this has been in her programme since last year and she will fulfil it.

“That is still in my programme. I am going to visit the eastern part of our country; I have not done it yet, but I am going to do it,” she stated.

Needless to say, the dismal performance agitated many in eastern Uganda and some took to social media to vent their disappointment.

Putting a Biblical spin to it, Michael Bukoma, one of the many people concerned about the poor performance, said:

“Wise men came from the east, true or false? Who cast a spell on our schools? "he asked.

“In the early ’90s, Mbale used to be among the best performing districts in the country; the same performance which has eluded the area for the last eight years,” says Matanda.

Peter Bikala, a retired civil servant asks: “How does one explain this mediocrity. The district education officials have to be brought to task.”
Mbale municipality is not faring well either.

Muhammed Mugoya, the inspector of schools for Mbale municipality, cites a number of reasons for the underperformance of pupils.

“The lack of strict supervision of the learning process in schools is a big issue. Some headteachers do not do follow up regularly on the performance of their learners through evaluation tests and homework. Monthly or weekly evaluation tests, for instance, are important in evaluating a learner’s strengths
and weaknesses and helping them improve,” Mugoya says.

He adds: “In schools where there is strict supervision of schools involving the Government, community leaders and parents, there has been a discernible improvement. What also lies at the root of the poor performance, Mugoya adds, has been the lack of parental
involvement in schools they send their children to.”

“Some parents have detached themselves from supporting schools where their children study. Some send their children to school without scholastic materials and without meals. A child cannot excel under such circumstances,” Mugoya adds.

Matanda says the poor performance persists because there is barely any supervision of teachers, especially in the UPE schools.

“Teachers report for duty at their convenience and spot checks have been done that prove this. Teacher motivation is low because of
meagre salaries,” Matanda adds.

Betty Khainza, the district education officer for Bududa, says despite the underperformance in Bududa, there was a silver lining.

“The percentage pass rate in division one in Bududa may have declined if parallels are to be drawn with 2016, however, the pass rate in the rest of the divisions in 2017 has improved. The general performance in 2017 was better. In 2016, the district had 643 failures, which was 23% while in 2017, the percentage reduced to
16.6%,” Khainza adds.

Khainza however, says with a teaching staff deficit of 215 teachers, Bududa may still face long odds in performance improvement in the
future.

“Most schools in the district operate without the required number of teachers because of this deficit. A teacher to pupil ratio of 1:101,
which is the current status quo in the district, is not ideal. Having few teachers means those available are often hard-pressed in finishing the
syllabus,” she says.

The Government recommended teacher-pupil ratio is 1 teacher to 45 pupils.
Simon Makoma, the headteacher of Buwali Primary School in Bududa says the lack of teachers and the lack of commitment shown by those still teaching explains why the region is still performing poorly.

“The lack of teachers is an issue of concern for Bududa and the education ministry should look into it. There is also a lack of teacher commitment on account of remuneration. The teachers who are invariably absent from school are complicit in this continued
underperformance,” Makoma says.

“Understaffing impacts on the teacher-pupil relationship and the upshot will always be poor performance,” Wamboya notes.

In the far-flung and hilly areas of Bududa such as Bufuma, Buraba and Nabono, where some government-aided primary schools are
located, deployment of teachers and other staff by the Bududa district education office has been a tall order.

“It is a challenge for a teacher to move to those hard-to-reach areas and still give a good account of his or her performance, even with the additional allowance from the Government for such teachers. It has had a direct bearing on the poor performance of our learners in those
areas,” Khainza says.

Alisa Bukwali, the headteacher of Bukhanyenze Primary School in Bududa, also notes that negative work attitudes showed by some teachers have exacerbated the problem and contributed to the decline in performance.

“The problems of teacher mobility and the lack of commitment by some teachers are caused by low remuneration, among other factors. The low remuneration coupled with a heavy work overload due to inadequate teachers often dampens the efficiency of teachers,” Bukwali says.

Isaac Matanda, an educationist, says for Mbale and Bududa to compete favourably with the rest of the country, the issue of teacher inefficiency will have to be addressed.

“Teacher motivation is at an all-time low in many schools in both
districts. A motivated teacher is crucial to a successful classroom and
performance. A better remuneration and incentives package for teachers is what is needed,” he says.

“The school heads too should motivate their teachers. Good performing teachers need to always be commended and thanked by their supervisors.”

Khainza says her office is working on intensifying monitoring, supervision and inspection visits to schools.

“Monitoring, inspection and supervisory visits to schools are going to be a matter of urgency. The plan is to have engagements with other stakeholders such as parents and community leaders to sensitise them on their roles in elevating the standards of performance in our
schools. We also plan to strengthen the ‘reward and function system’ in the various schools under the Universal Primary Education in the
district,” Khainza says.

The Mbale municipality inspectorate of schools is also planning similar solutions, according to Mugoya.

State minister for higher education, John Muyingo says eastern Uganda is one of the areas where inspection of schools has to be tightened.

“All local governments are expected to work around the clock to make sure that their schools are supervised,” he says.