American Historian, Henry Adams put it aptly, when he said teachers affect eternity and can never tell where their influence stops. That maxim in many ways speaks to the legacy and influence of 60 year old veteran teacher, Mary Khalayi Mayatsa.
Mayatsa, a mother of 9 has been teaching for 40 years and is on the face of it, not about to slow down. She recently decided to come back in harness and teach, though she had formally retired. “I retired honorably as a secondary school head teacher. I still teach because I want to serve as an example and to help others achieve,” the Mbale based mayatsa says.

Mayatsa’s erstwhile students speak of her in high terms especially as regards the influence she had on them. 28 year old Rogers Wekesa, a construction worker says Mayatsa molded her into the disciplined and hard working person he is today.
“She was an outstanding teacher and a strict disciplinarian who emphasized hard work and diligence to all her students. In many respects, the precepts she stressed to me at school have laid a strong path for me in life. That path has seen me bring a value to my life and to other people’s lives,” Wekesa says.

Mayatsa came out retirement in 2012. She is currently head teacher at Nyanga Integrated Primary school in Bumboi, Mbale. The school is family owned and a brain child of her late husband, George William Mayatsa, who himself was an Educationist.
At present, the school only has only a Primary section, though it had a Vocational section in its early fledgling days. In Mukhuwa and Bumarobole village, Bumboi, where the school is located, Mayatsa has struck quite a chord with the locals.
“Most people living in the villages surrounding the school are thankful that the school is operating again and that Mayatsa is in charge. She is a lady with a big heart and down to earth as a person and as a teacher. She like her late husband has helped a lot of people in this area and not only in terms of education. In many ways, the teaching service she is offering now at the school is a welcome development as most of our children are now going back to school,” Idi Makhafu, an elder in Mukhuwa village notes.

ACADEMIC FORTUNES CHANGE
There was a favourable change in Nyanga’s academic performance trajectory when Mayatsa took over the reins in 2013 after her retirement. 12 out of 14 school pupils got second grades in the PLE exams that year. That was quite a feat considering that the school was just getting back on track and is located in a remote place, devoid of power and short on teachers. Last year 15 pupils sat for PLE exams. 12 got second grades. The rest got third grades. Mayatsa expects even better results this year and even more pupils to enroll at the school.
She teaches Mathematics. Erick Sakwa, deputy RDC Jinja, one of Mayatsa’s erstwhile students says the good performance of the school’s pupils in the years after Mayatsa took over speaks volumes about her dedicated efforts towards teaching. 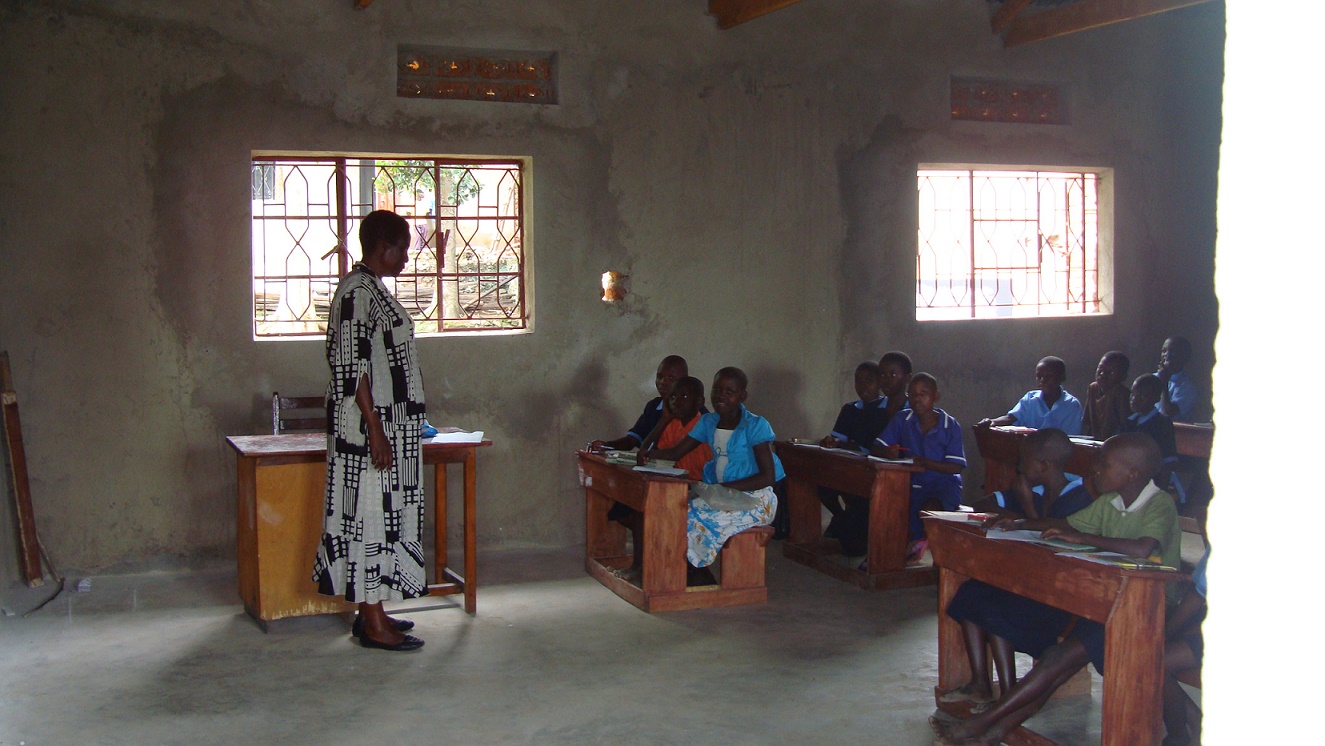 ON MAKING THE TRANSITION TO TEACH IN PRIMARY
Mayatsa is a secondary school teacher by training but she says making the transition to teach in Primary was not a tall order. “I had to break the mould and bring my wealth of experience to bear at the school. We had few teachers and I owed to myself to myself, my family and the school to teach and pass on knowledge. The area where the school is situated has many children but few go to school. I wanted to be part and parcel of the change in that status quo in the area,” Mayatsa says.

LOOKING BACK AT HER BEGINNINGS
Mayatsa begun teaching and tutoring in the late 70’s. “After completion of my studies at Kyambogo and Makerere, I taught at Shimoni teacher training College. That was from 1976-1981. From 1982-1991, I tutored at Nyondo Primary teachers College in Mbale. From 1992-2002, I taught and also shouldered responsibilities as a deputy head teacher at Mbale high school.  From 2003-2009, I was head teacher at Wabwala Secondary school,” she says.

Mayatsa says she cherished the experience of teaching at the threshold of her career, because of the consistent acknowledgement and respect, teachers got.  “Notwithstanding challenges like low pay and the turmoil the country was experiencing, teaching in the years of old was in many respects a worthwhile endeavour. There was a certain fulfillment that deeply endeared us to the teaching profession. Most people formed the decision to join the teaching trade because of the acknowledgements and laurels teachers often got. It was hard to find people who joined the profession as a last resort, like the way it is these days. The government needs to rethink the issue of teacher supervision and evaluation to improve the quality of teachers being churned out,” she says. 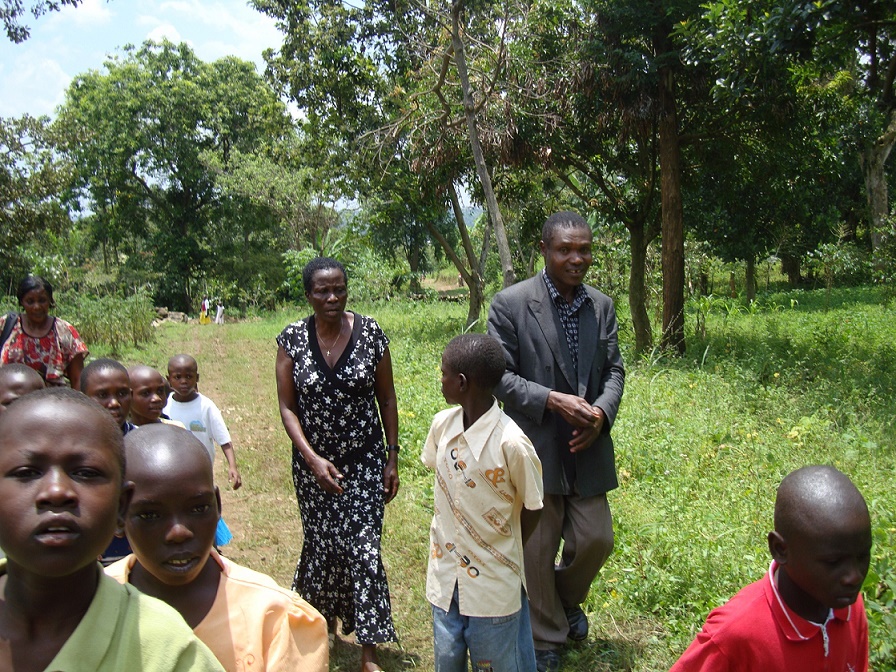 CHALLENGES FACED.
“The main challenge I faced whilst starting out as a teacher was being posted in distant areas that were challenging to reach and that were rife with insurgency like in the North. There were schools I was posted to that had teachers who were uncompromising and unwilling to listen to advice. That in many ways made work difficult. Appointments from the Ministry responsible for Education as well often came late,” Mayatsa says. At Nyanga, Mayatsa acknowledges the shortage of teachers has made affected the school. “Getting genuine teachers in this rural part of the Mbale has been a tad difficult. That aside, we have been making do with the ones available and they have come in handy,” she says.

EDUCATIONAL BACKGROUND
Mayatsa holds both Grade 11 and Grade 111 teacher training certificates from Kyambogo University.
She also has a Bachelors Degree in Arts (Education) from Makerere University and a Masters in Education from the Islamic University in Uganda.

ACHIEVEMENTS
Mayatsa considers playing Netball for Uganda one of her greatest achievements. “I played netball for my secondary school and the Uganda Netball team from 1963-1965. I was also a qualified girl guide who excelled in National competitions. Because of my good virtues, I was elected chairperson Board of Governors at Nyondo Primary Teacher training College and also the secretary women’s desk at the Uganda Small Scale Industry Association,” Mayatsa says.

The other achievement she is proud of is being able to step into her late husband’s shoes and revive a school many thought had completely sunk into oblivion. The old structures have all been repainted and there is a general semblance of order at the school.
“What stands out as preeminent to me aside of the other achievements is the fact that I have been able to build myself a permanent house and to start up a small farm. Outside of teaching, I do farming,” she says.

BUDUDA GRAPPLING WITH A WATER CRISIS