Ugandan Hip Hop artists who have created a buzz for the genre-far away from Kampala. Featured

In Uganda's chequered Hip Hop industry, the spotlight has always been unfairly cast on Kampala based artists, their music and trails they blaze.

For a long time, media coverage and public space conversations about talented upcountry Hip Hop artists on missions to expand the genre’s horizons in their indigenous languages have been only occasional and not pronounced enough.

Aside of song collaborations with established Hip Hop artists from Kampala, to occasional song plays on radios such as HOT 100 to Radio City and nominations for Hip Hop industry awards; talented Hip Hop artists from upcountry such as T-bro, Judas Rap Knowledge, Byg Ben Sukuya, Amani Amaniga, Crazie Wispa, and many others, continue to play second fiddle to their colleagues from Kampala.

There are however, upcountry Hip Hop artists who despite not being given a fair shake in terms of respect, promotion and media publicity, are expanding the genre’s horizons to depths their colleagues in Kampala, who have been in the game longer, can only dream of.

“Upcountry Hip Hop artists, especially those from Gulu in the North of Uganda and Kigezi, are far from the blackballed rappers in Kampala, as they have respected followings in their home areas,” Ronald Odongo, a Gulu radio host and blogger, says.


UPCOUNTRY HIP HOP ARTISTS CREATING A BUZZ FOR THE GENRE

Gulu has a gifted and firm Hip Hop flag bearer in Judas Rap Knowledge aka Lapwong or teacher. Knowledge’s strength is his ability to craft rhymes and rap them fluently and commandingly in both English and Acholi. 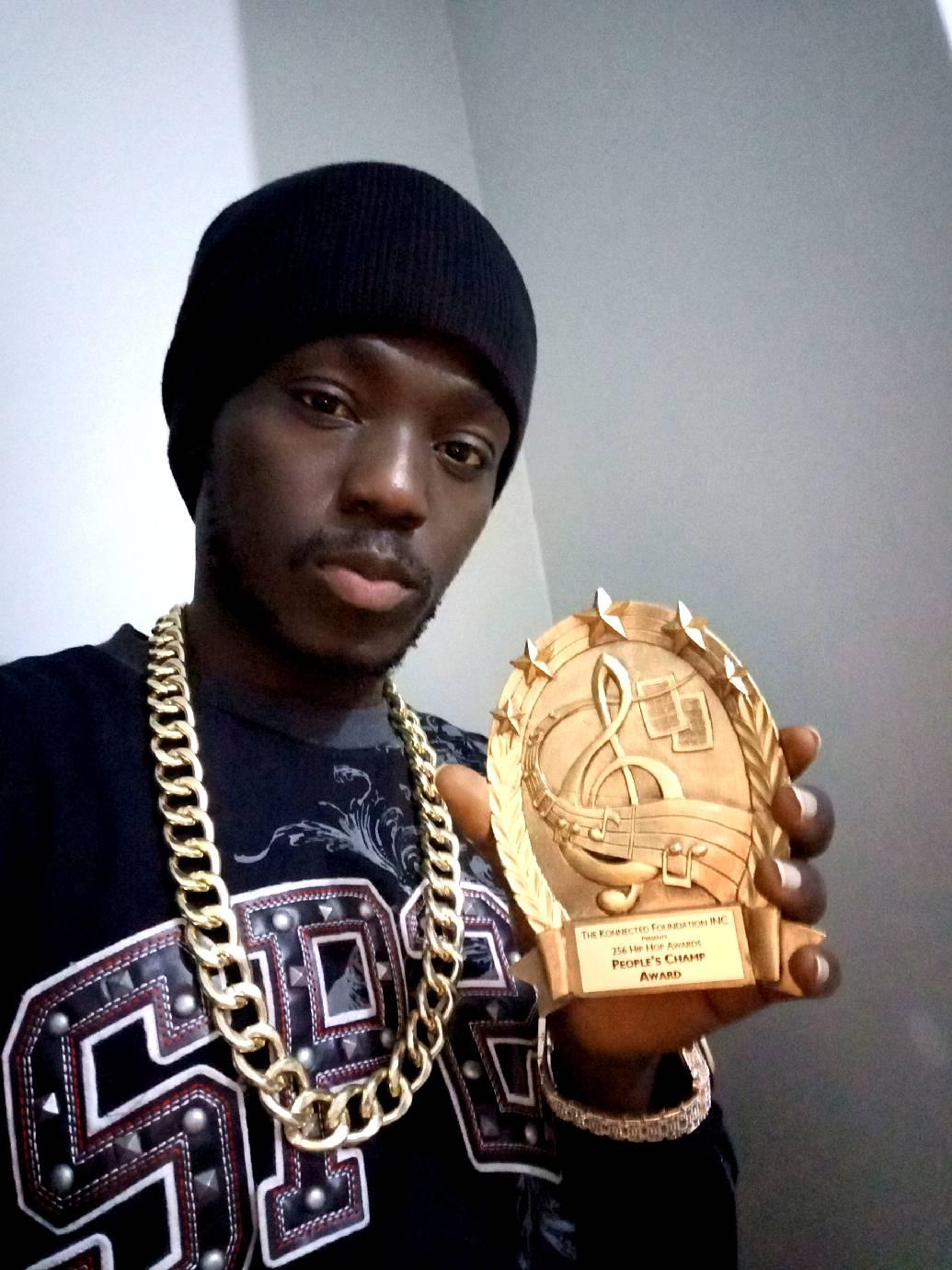 His "Labong and Gipir” album was pretty much a showcase of his strong emceeing skills as he went back and forth, rhyming adeptly on various issues such as poverty, war, love, partying, among others.

Just like Lumix who was the first genuine Hip Hop star from Gulu, Knowledge has a rising fan base in Gulu and neighboring districts. He also has a sizable social media following.

The 2019-256 Hip Hop awards People’s Champ winner has his rap posse called Soulz of Afrika and his “To the Top” single-off his forthcoming, yet to be titled, studio album-was recently voted the 256 song of August.
He also features on Ugandan rap legend-Lyrical G’s new album-GEEZY.

“If there is one person, Hip Hop can look up to in the North, after the demise of Lumix, it is Knowledge. He gives a good account of himself, lyrically, whether he is rapping in English or Acholi,” Arnold Muduni, a Hip Hop producer at KYA studios in Kirinya, Bweyogerere, says.

In Western Uganda, there is a Hip Hop trailblazer by the names of T-Bro. T-Bro, who is not a newcomer, by any long shot, is associated with Kiga-flow or rap in Rukiga. 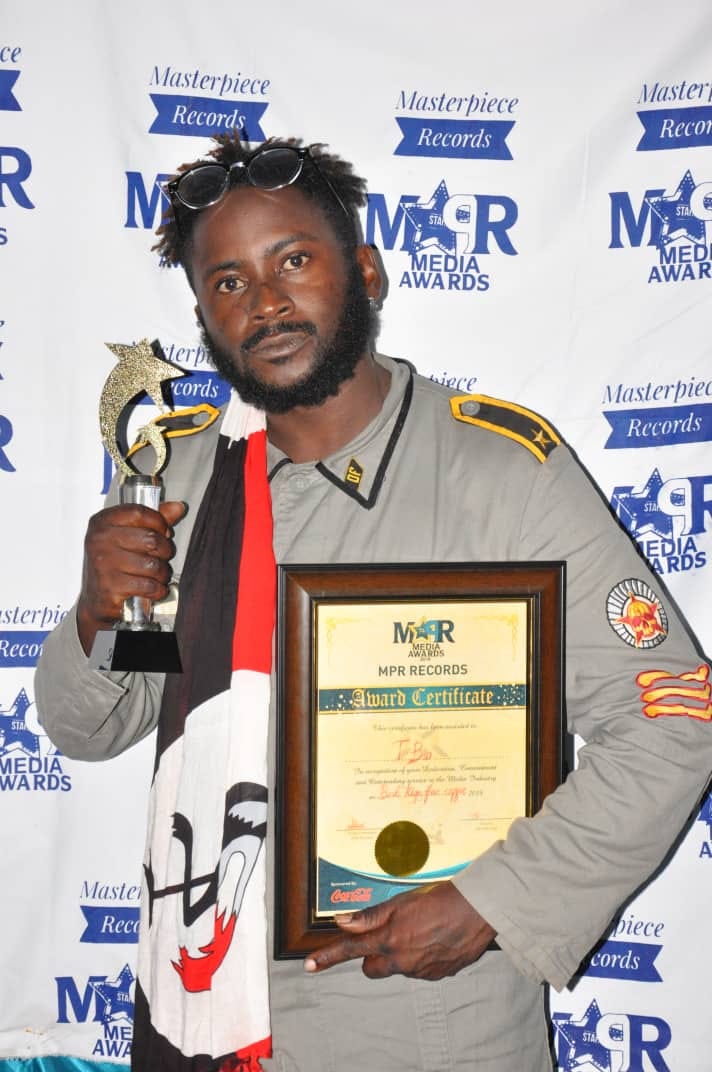 He recently won the Western rapper of the year honor at the 2019 MTN Hip Hop awards. Unlike Judas Rap Knowledge, who is a purist with his lyricism, T-Bro tries out other genres such as afro-beat. In many ways, that has helped get him into the good graces of many people in the Kigezi region.

Recently, T-Bro left fans spellbound with his performance at the All-Star tour in Kabale, with songs such as “hustler”, “Kigangstar”, “Hija Ondarire” and “ne must” one of his newest songs. One of his strong musical stocks in trade is his powerful commanding voice and stage presence.

Unlike Judas Rap Knowledge, T-Bro’s Kiga-flow music, some of which features Kampala based artists such as Lady Slyke, GNL, Keko, and the Mith has enjoyed some considerable rotation on Kampala radios such as Hot 100 and Radio City. His songs are also highly popular with the Banakigezi in the diaspora.

T-Bro’s first mixtape was titled "The black man's dream". It spawned hit singles such as "Omukiga and Jazza".

From Eastern Uganda, there is a flame-throwing talent by the name of Byg Ben Sukuya. Sukuya, who has carved out a name for himself in Mbale and Kampala, partly due to his go-getter manager’s fat wallet, raps in English and Lumasaaba. 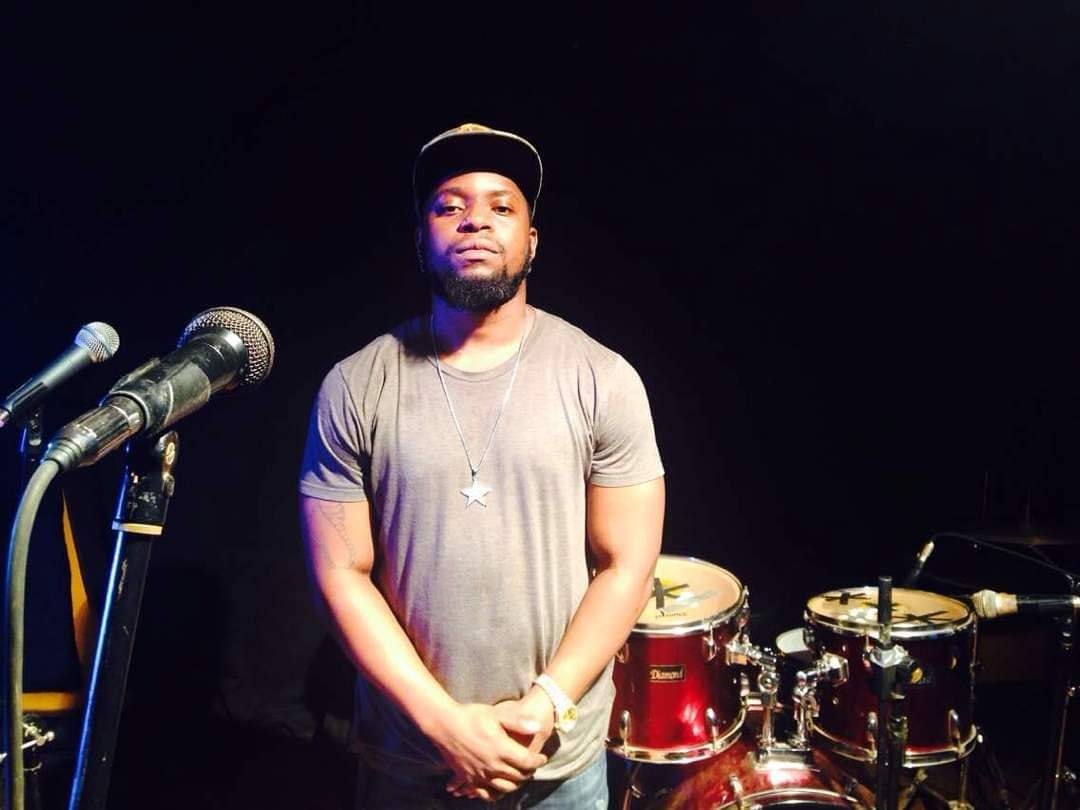 Sukuya won the 2016 Best Eastern rapper of the year and has since gone on to release fan-favorite songs such as Ndolelele-denoting “look at me”.


From Arua in West Nile; there is the Lugbara flow-flag bearer-Milton Maopini, also known as Gbaraspoken. Gbaraspoken is not only a rapper however, but he is also a community social worker and spoken word poet.

“With his vibe and charisma, Gbaraspoken, who is the reigning West Nile Hip Hop artist of the year, may just be the second-best thing that ever happened to the West Nile region, since Onduparaka F.C. [Pun intended],” Odongo says. 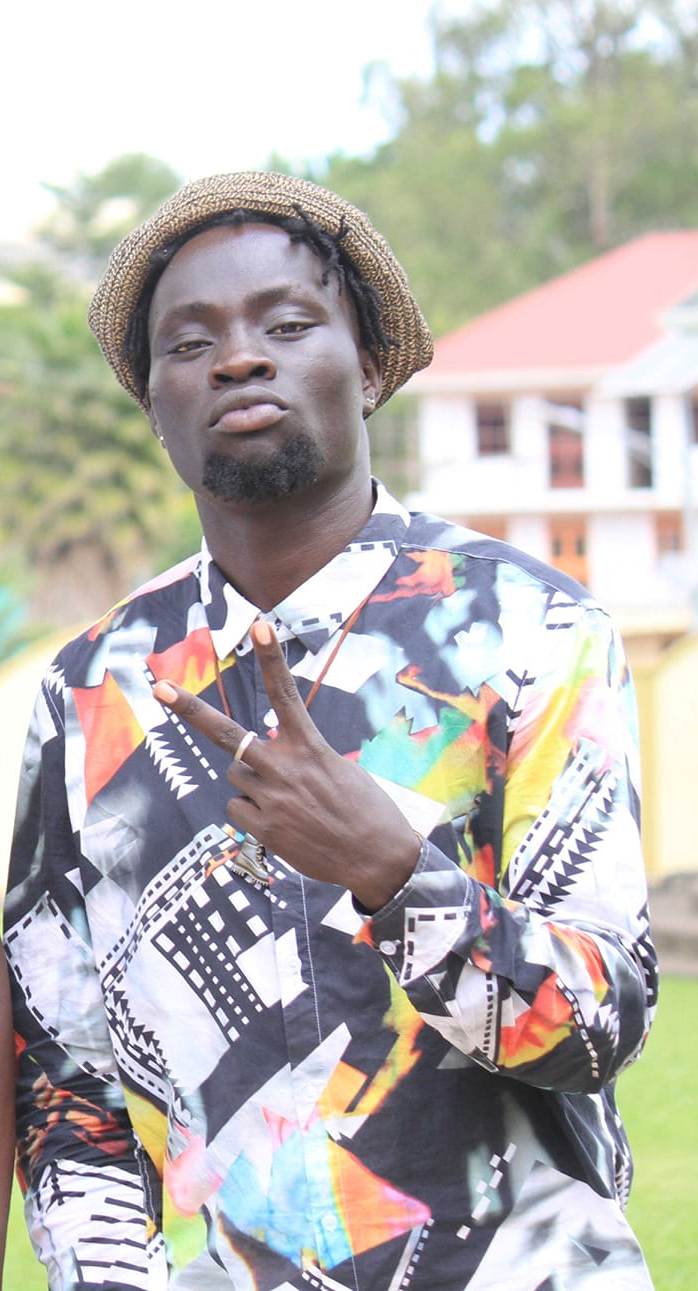 Gbaraspoken has a huge social media following and usually packs venues to the rafters when he has performances in West Nile.
His songs like “Ma Osura”, “Aparaka Yo”, Orataa, Ketura, camasi ‘bo, Testify, Bile Seza, Ewule Ewule enjoy regular rotation on F.M radios in the West Nile region.
He also has a huge following among West Nilers in the diaspora.

As a means of engaging the youth of West Nile in meaningful livelihoods, Gbaraspoken founded the community-based Hip Hop organisation Platform 503, in 2015.
He released his first Hip Hop album-entitled- Aparaka Yo, that very year. The eleven-track album turned out to be the first Hip Hop album to be launched in West Nile.


From the Bunyoro sub-region, there is the Runyo-flow trailblazer, going by the stage name of Crazie Wispa. His real moniker, however, is Benard Ayesiga and he hails from Masindi. 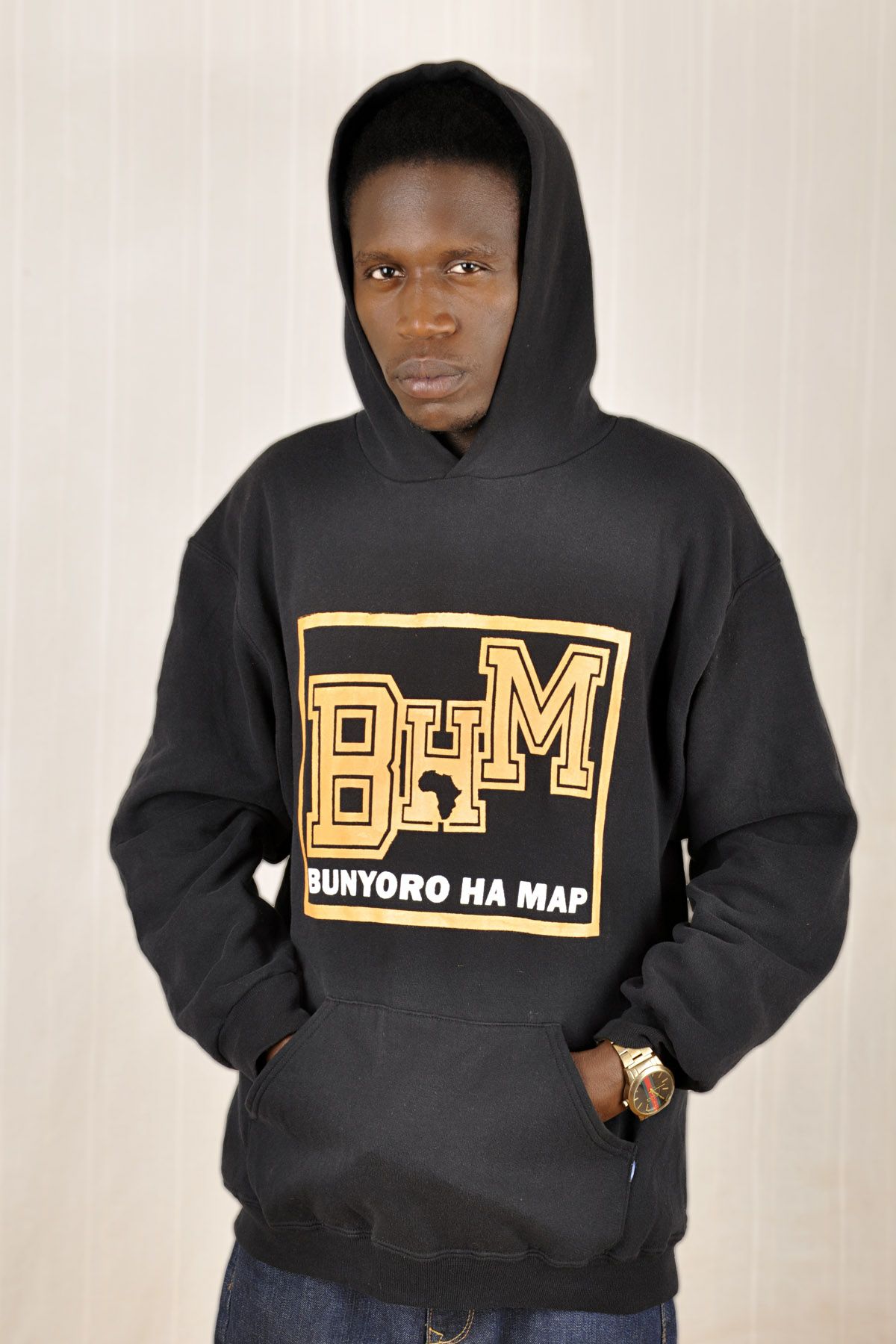 Wispa's song-“Bunyoro Hatuli” is, by all accounts, an anthem of sorts in the Bunyoro sub-region. He also enjoys a big social media following and is currently under the Hip Hop movement known as the Abarusuura foundation, which advocates for the Hip Hop revolution in the Bunyoro region.

From the Switzerland of Africa-Kabale to be precise, there is another Kiga flow mastermind, who goes by the rather intriguing stage name of Amani Amaniggar. His real name, however, is Asuman Byaruhanga.

“We refer to him-as Kiga flow’s most wanted, and in recent years, he has added several stripes to his name, on account of putting out good music, laced with clever wordplay and metaphors,” Fred Ngabirano, a Kabale radio host and well-wisher of the Bakiga nation, a non-governmental organisation, says. 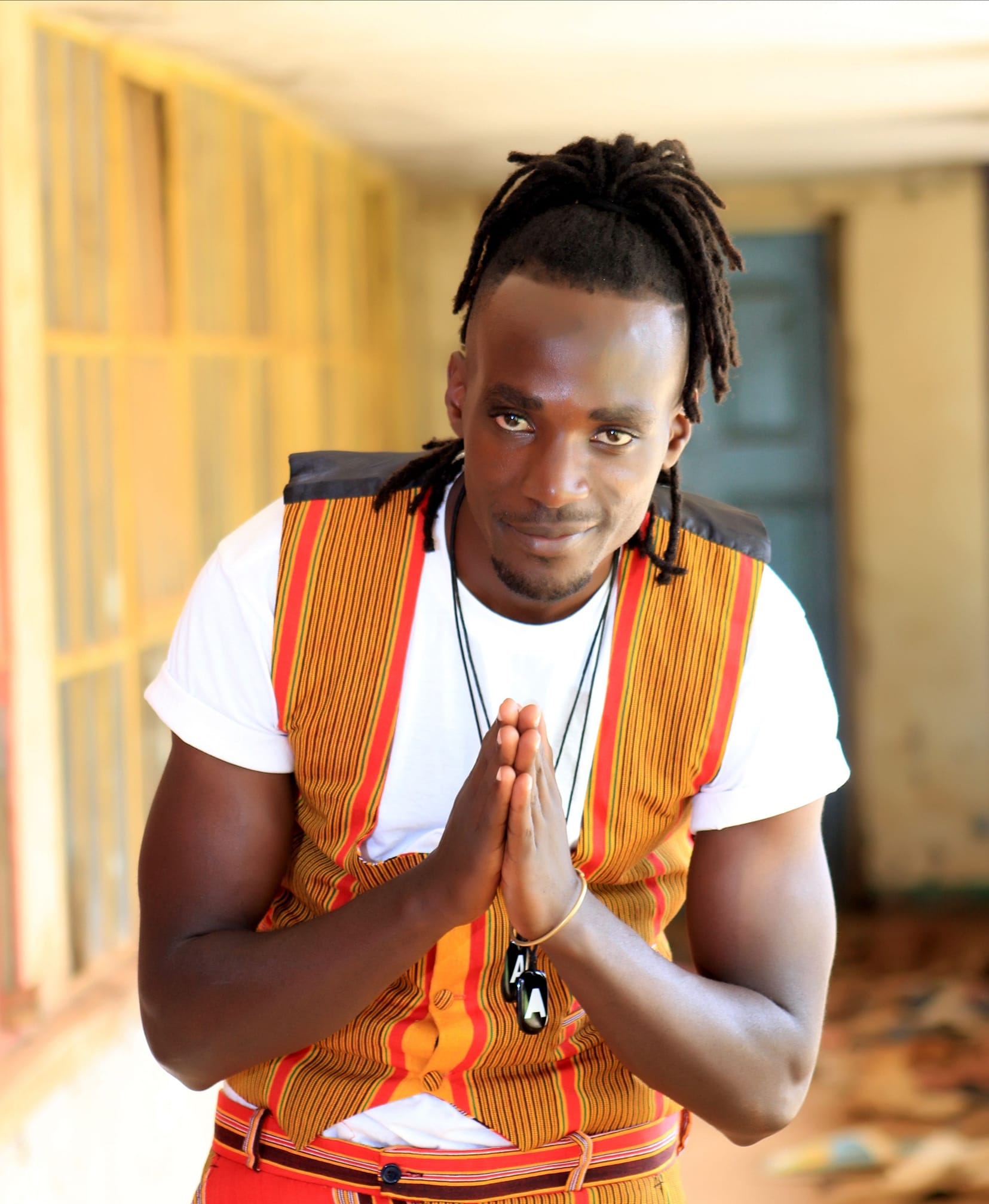 In 2016, Amaniggar was voted the best western rapper at the 2016 Uganda Hip Hop Awards. He was also voted the 2014 and 2015 artist of the year at the Kigezi music and media awards.

Amaniggar who started as a Karaoke singer in 2004 has established a big buzz for himself in the Kigezi sub-region and like T-Bro, he basks in a glow of fan love, whenever he performs.

Amaniggar’s star rose to the ascendant after he released his first single "Omukiga Womuniga".
The song endeared him to many in the Kigezi region and beyond.

“He did not rest on his laurels after the success of his debut song, however.
He went to record other captivating songs such as "Kemerwa", "Oraba Orandabaho", "Kyahwire", "Guma", “Zagwa”,” Ngabirano says.