The issue of how Uganda can sustainably improve learning outcomes for its young school going citizens has, once again come to the fore; with the World Bank proposing in its 13th edition "Economic Update on Human capital in Uganda- report” that the country, among other things-abolishes PLE [National exam in the final grade of Primary school] as a means to improve transition rates to lower secondary and to achieve universal lower secondary enrolment.

It a contentious proposal, which has raised eyebrows, even when the World Bank says the policy of abolishing exams in the final grade of primary, is now widely being adopted in developed and developing countries, across the globe.

In the report, the World Bank; posits that low PLE pass rates are the reason, Uganda has, in the last decade, had a declining primary-lower secondary school transition rate.
The transition rate has apparently declined from 72-61%.

The Bank says Uganda will need to improve its lower secondary education enrolment from 32-47% by 2025.

Ostensibly, Uganda lags behind its East African neigbours in terms of improving enrolment at the lower secondary level.

Fred Mwesigye, the Executive Director of the Forum for Education NGOS in Uganda, tells Masaabachronicle that the proposal to scrap PLE is besides the real issue, plaguing Uganda’s checkered education sector.

“The linkages between exams and learner transition rates are very minimal. We exam to determine whether learners have understood what they were taught.
In Uganda, there are far more compelling reasons, behind the low transition rates such as poverty,” Mwesigye says.

“To the end, if Uganda is to improve its primary to lower secondary transition rates and learning outcomes, it will, among other things, have to pay its teachers better and to avail more capitation grants for learners in poor areas of the country.
Better paid teachers work diligently and create enjoyable environments for learners.” 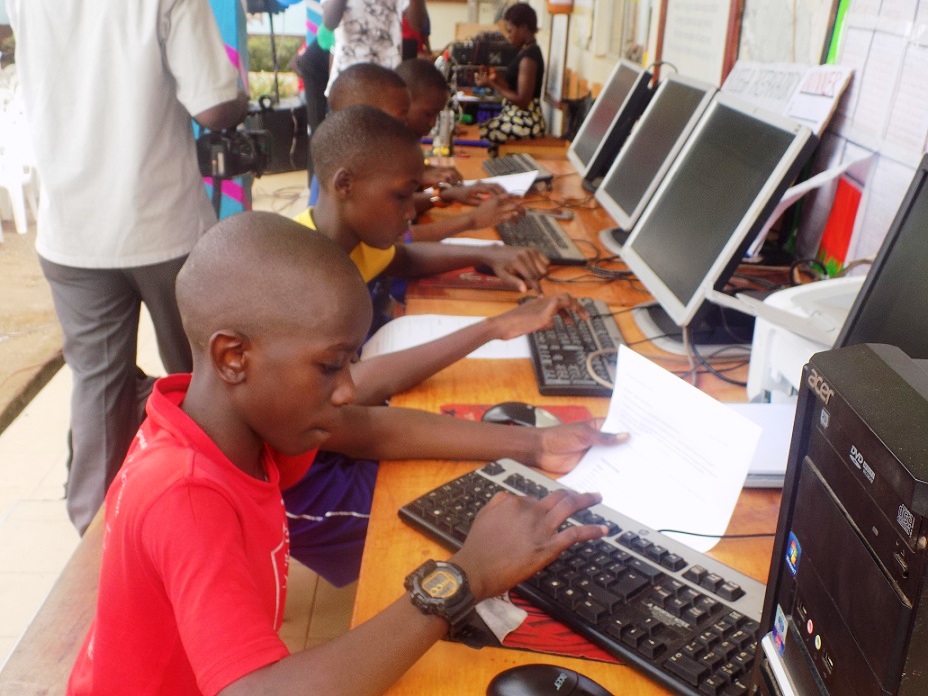 “While abolishing the PLE examinations is feasible, implementation, just like it is been with continuous assessment will be a challenge.”

“The suggestion that PLE exams should be dispensed with is untenable. If the exams are not bringing out the quality, we want in our learners, we need to look at alternatives, which will equip our learners with skills.
If that calls for the combining of continuous assessment and the summative exam system, Iam for it,” Mandy says.

Edward Lule, proprietor of Busega Preparatory school says:   “There is no way you can determine if someone has succeeded academically, if you do not test them. There are other underlying issues, significantly affecting the quality of our education sector such as low teacher to rising pupil ratios, absenteeism and the lack of inspection and supervision.  Those need to be addressed in earnest, first.”

“Scrapping PLE is not the antidote to improving transition rates from primary to lower secondary, nor is it automatic promotion. Our checkered education system will need past issues such as high fees, low teacher salaries, lack of learning materials. Etc.

As the World Bank report shows, however, Uganda has a lot more, at issue, to deal with, than just the abolishment of PLE.

The other policy recommendation, it posits, which has drawn forth, varied reactions from education experts, is that Uganda adopts an automatic class promotion policy, because of the enrolment bulge, repetition has created in primary schools.
Scrapping of the class repetition and PLE, according to the report, would save Uganda $183-[sh 688,802.85].

Mwesigye takes issue with the suggestion about automatic promotion.

“The proposal that Uganda adopts an automatic promotion policy is one I do not subscribe to.
How is it a quality enhancement measure when learners are promoted to the next class without mastering or understanding, what they are taught?”

Patrick Kaboyo, the national secretary of the Federation of Non-State Education Institutions, rejects the proposal to abolish repetition saying there should be accountability and value for money.

Kaboyo proposes the introduction of supplementary examinations just as it is done in Universities.

The other proposition, by the World Bank was on adopting the quality enhancement measure of continuous assessment.

It is not the first time; calls have been made for Uganda to adopt a formative assessment system for learning.

Grace Baguma, the Director of the National Curriculum Development Center, told the New Vision, earlier this year, that the center was conceptualizing a new curriculum, which would lay focus on formative assessments for Uganda’s learners.

“One of the reasons, continuous assessment has faced long odds is apathy and the lack of knowledge on how it works in Primary and National Teacher Colleges,” Reuben Wanasolo, an education consultant and researcher, says.

The World Bank says Uganda will need to enforce regular school inspections to guide the new changes in teaching and learning practices if continuous assessment is implemented.

“Supervision and monitoring are some of the reasons, earlier efforts to roll out continuous assessment failed. Many teachers, who objected to it, in the past, said it was time consuming. How can one say, it is time consuming yet they have time to rush through the syllabus. Ugandan society demands and puts focus on results, rather than proper learning outcomes for its young people. This has to change.”

Christopher Muganga, the assistant commissioner in charge of reforms at the NCDC says continuous assessment, would by now, be part and parcel of the curriculum, if schools had not misconstrued it.

“Instead of using it to check learners progress, over a period of time, schools used it to check learner’s class attendance, to entice parents to pay money early enough and to gauge  whether their learners would get good or bad grades in the national exams. The lack of a detailed implementation plan exacerbated the problem, but the new curriculum, provides a new lease of life,” Muganga says.

The World Bank report also picked up the rather damning evidence from the National Early grade reading assessments which showed that only 28% of learners in P.3 can read 20 words per minute.
Even more damning, was the percentage attributed to numeracy skills of P.4 pupils.
Ostensibly only 2% of learners can solve a simple age-appropriate maths problem by the end of P.4.

“Not everyone who finishes PLE should transition to secondary. First of all, at this time, the resource envelope is limited, yet more classrooms and student capitation grants will be needed. More learners should be encouraged to join vocational schools,” Mandy says.

“We should also earnestly look into improving the quality of our exams. If UNEB plays the tune of reforming the exam system, the teachers will dance. If it sticks to platitudes or the old system, nothing much will change,” Mandy adds.

Ssebwana says the government owes it to every learner and parent to get tough on the issue of public school-teacher absenteeism.

“Teacher absenteeism is a big issue in public schools. There are many district inspectors of schools, whose ineptitude lies at the root of this problem.

The education ministry should look into radical measures like hiring LC’s to visit, inspect, supervise and monitor all schools in their areas of jurisdiction,”

“They should be tasked to generate weekly reports on attendance of both the learners and teachers, monitor the implementation of the government education programs and supervise structural developments.

With this approach, government won't be spending any more money on inspection of schools.”

“While funding for the educator sector should be increased, not much will change much, unless we go beyond lip service; unless there is the political will. There has to be regular and strict supervision of head teachers and teachers. Those failing learning in our schools should be relieved of their duties,” Mwesigye says.

“The right environments should be created in schools for learners to enjoy the experience of being in school. The education ministry should introduce regular in service training for teachers, hire more teachers to offset the high learner to teacher rations in most rural schools, [current ratios are at 55:1], improve teacher remuneration, regulate the issue of school fees and also provide materials like text books,” Charles Wabwire; an educationist with Opportunity International, says.

Educationist Martin Owino says: “A critical eye ought to be cast over the UNEB grading system.
It has to be reformed, because if a distinction 1 is between 95-100 and distinction 2 is between 90-94, the odds are ten to one, that we shall continue having low PLE pass rates, especially in far off -disadvantaged areas, which already have to grapple with issues like poor teacher distribution and absenteeism,”

On continuous assessment, the Education Ministry and the National Curriculum Development Center should at this stage, be carrying out sensitisations and trainings on how it plans to operationalise continuous assessment in schools, since the new curriculum is yet to be rolled out,” Wanasolo, says.

Speaking at the launch of the World Bank Report, the First Lady and Education Minister, Mrs Janet Museveni, in a speech read by the State Minister for higher education, Dr. John Chrysostom Muyingo, said her Ministry had among other things developed a National teacher policy, which would be a stimulus for teachers to undertake professional development.

As a contingency plan to deal with the country’s growing population, who will need services, among which is education, Mrs Museveni said the Ministry will soon come up with an ICT in education policy, which will open opportunities for technology  assisted learning and provide access to vast online education resources.

This measure she said would mitigate the constraint of inadequate classrooms and teachers.

Mrs Museveni also said her ministry is developing the education sector strategic plan for 2012-20125.
She said the World Bank report will inform the priorities for the plan.

“The discourse on the World Bank proposals can begin, but what is important, for now, is a national assessment policy. There has to be collective responsibility towards improving the transition rates of learners from primary to lower secondary.
If the rates are improved, there are enough classrooms to accommodate learners,” Sseninde says.

Since 2016, the government, has according to the President’s State of the Nation address [6th June] constructed 48 new classrooms, bringing the total of government aided schools to 12, 696.
There are now ostensibly 1, 194 government aided secondary schools, while in the private sector, there are 8, 269.

More in this category: « Who cast a spell on schools in the East of Uganda Continuous learner assessment in Uganda's education system: The journey so far, challenges. »