The early part of Saturday (last week) got me curiously wending my way through Boma Ward, the once famous and glistening Mbale suburb. Boma ward-commonly known as Senior quarters is found in Wanale Divison.
Many people, who grew up admiring the beauty and peace of this place, feel it has, in many ways, lost its sparkle.  To all appearances, they are right. For starters, Senior quarters, Mbale was and probably still is the hub of Mbale’s rich, more like what Kololo is to Kampala.
Therein, you will find residential homes for Mbale’s rich and famous. Stephen Wekomba, owner of Mt. Elgon Millers is on that A-list. He owns several rental houses and other buildings in the area.
Senior quarters is also home to several senior civil servants and many of Mbale’s upscale and affluent hotels, to wit Mbale Resort hotel, Crown Suites, Kayegi hotel and Mt Elgon hotel.

Senior quarters is also where you will find the famous Mbale Presidential lodge. It is a place almost every student wants to visit, especially when they know the President is around Mbale. Here you will also find Mbale’s most popular and classy night hangout spot, the Thatch gardens, owned by the famous Mbale Doctor, Dominic Martin Waburoko. Through the years, Thatch gardens has obtained a footing as Mbale’s number one happening place, hosting parties, concerts, weddings and conferences.

Whilst it is fair to state that Senior quarters has gotten more residents through the years, it is out of the question to state that it has improved infrastructure wise. Moving around, I bore witness to many of the quarter’s infamous poor roads. Many residents I had spoken to earlier had lamented about the poor state of the roads in the area, principally the road from the Presidential Lodge to town via the Resort Hotel. That evidently is not the only bad road here. The road from the Presidential Lodge to town via Mooni has also been in quite a sorry state for some time.
“Good roads used to be this area’s claim to fame in the days of old. A little tarmac was laced on the road between Mooni to the area where Mount Elgon Hotel is located but it was substandard. The road was heavily pot holed, yet the President uses it whilst going to rest at the Lodge. Concerned residents speculated that the President’s vehicles have strong shock absorbers and he never felt the impact of the pot holes whenever his car rode through the road,” Fred Bwayo, a resident, says.


Sam Wamutu, Chairperson of the Boma ward development committee says a feasibility study has been done and the road, right from Mbale’s regional block is going to be worked on in due course.
All that awaits is the funds to be released, Wamutu adds.

The Senior quarters of today also has quite a number of old and dilapidated buildings.
“In the good old days, you would be hard pressed to find old and unpainted buildings in this area. There is increased apathy on the part of the owners of some of the old buildings” Bwayo says. 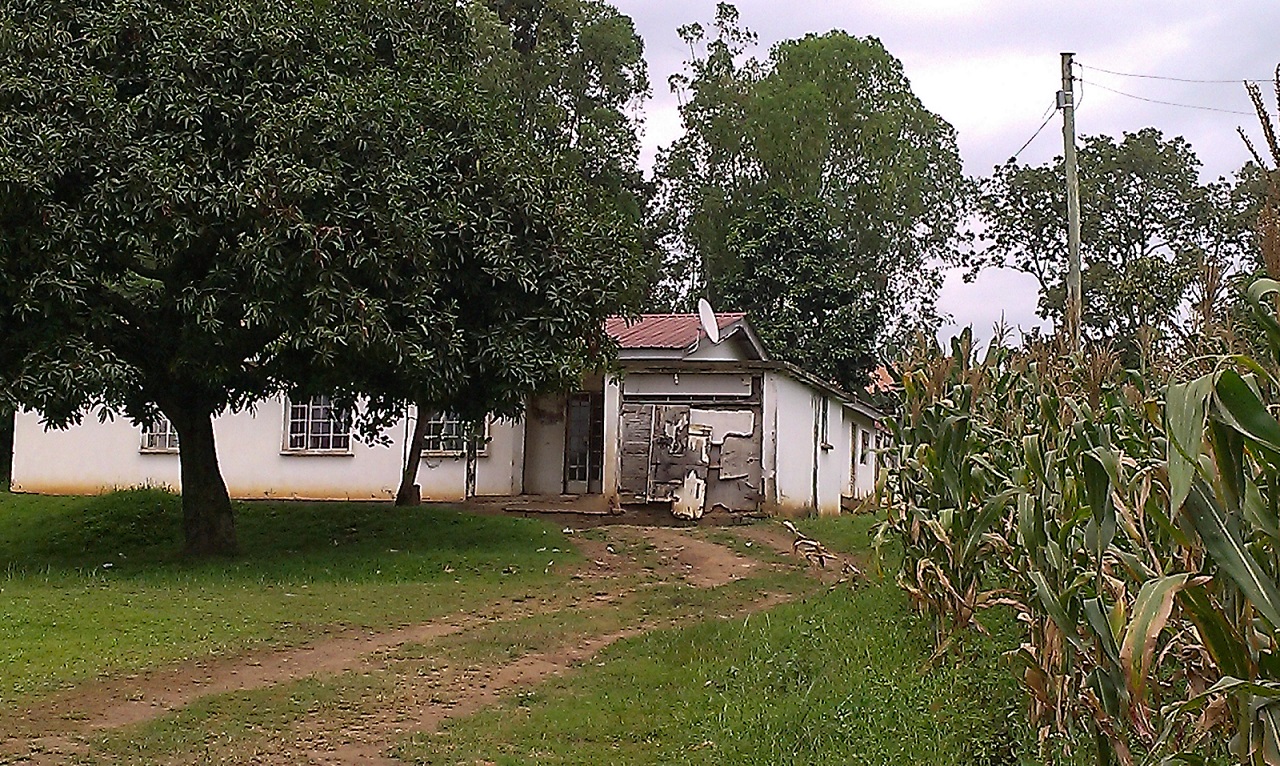 Lots of new buildings are being constructed but they are evidently juxtaposed with the old ones.
In the colonial days, Senior quarters housed the colonial administrators sent to Mbale to oversee the governance of the Eastern region. The area according to old Legend had state of the art recreational facilities wherein the colonial overseers invariably went to parlay.
“Senior quarters was unquestionably Mbale’s cleanest suburb, especially in the times when Mbale was the cleanest town in East Africa. It was serene and its lush greenery was second to none. Many people always wanted to come and visit on account of that. There were no old buildings and bad dusty roads as is the case today. The place lost its glory, just like Mbale town did,” states Wangota Khaukha, an elder in Mooni, an area neighboring the quarters.

Tales are told also of how Semei Kakungulu used to frequent the quarters, often coming to consort with and consult the colonial masters. Kakungulu it is said planted many of the area’s existing eucalyptus trees, just like he did in many other areas in the East.
“The trees Kakungulu planted added to the beauty of Senior quarters. The road leading up to the Presidential Lodge was a boulevard, with well manured trees on each side. Obote as well was fond of Senior quarters. During his Presidency, he always visited and hosted visitors at the lodge. The road was in a good state in the 80’s. Much as the area has lost its splendor, we are happy Hotels like Resort and Kayegi have been taken root. Resort particularly is a modern hang out,” Khaukha says. 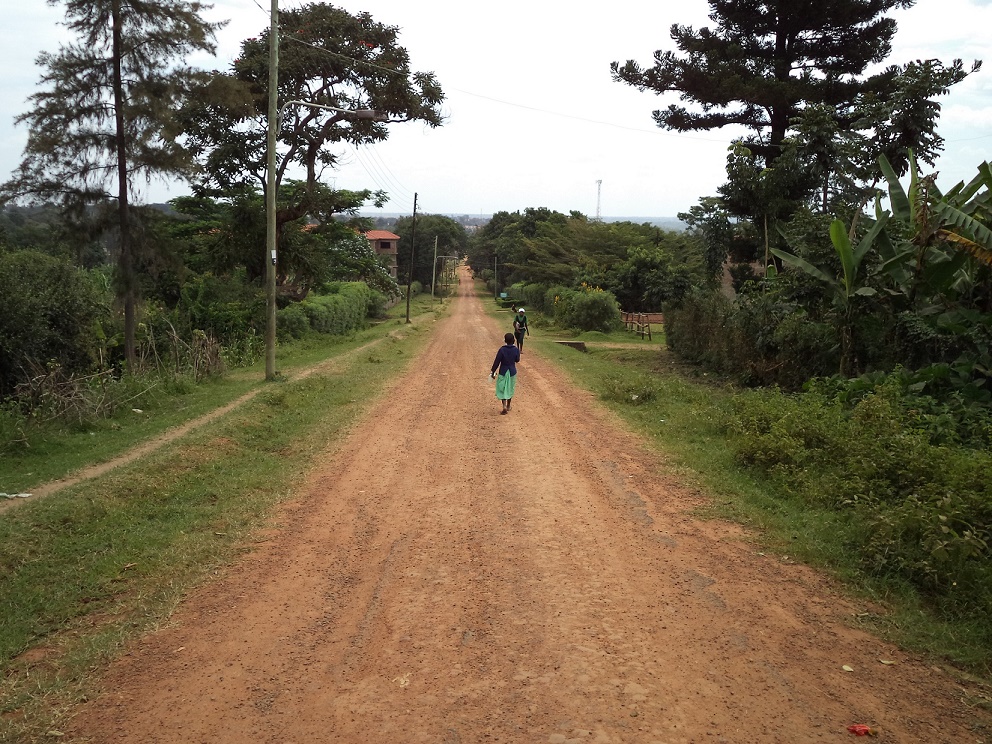 SCHOOLS
Senior quarters is also the place where you will find the famous Fairway Primary school.
Almost everybody who grew up in the early 90’s in the East heard of this prominent school. It was always in the best of the bunch academic wise.
Though it has lost some of its sparkle, it still stands in a good stead with many people.
“Fairway is one of the few schools existing in Senior quarters. Understandable being that the area is mostly residential. There is also Boma primary school and 4 to 5 other private schools,” Wamuttu says.

SECURITY
Security wise, Boma ward is safe and sound, albeit there have been sporadic incidents of crime reported, especially in areas neighboring less affluent suburbs like Mukhubu, Mooni and Busamaga.
Wamutu says whilst there have been security lapses; the general peace of the area has not been compromised a lot.
“That problem is being looked into. Most of the area’s security problems are caused by thugs emanating from neighboring suburbs,” Wamutu says.

SANITATION
In terms of sanitation, the area has not done badly though Wamutu says they are waiting for the area’s sanitary sewer system to be connected to the main Namatala carriage system.

LAND PRICES
Though land prices have been fluctuating through the years, an acre of land in Senior quarters goes for about 150-200 million.

More in this category: « 15 YEAR OLD GERALD BYAMUKAMA IS A UGANDAN ALBINO KEEN ON FIGHTING FOR THE RIGHTS OF OTHER ALBINOS BUDUDA GRAPPLING WITH A WATER CRISIS »